[ditty_news_ticker id="27897"] Why Have the Greeks Ceded Christianity in America? 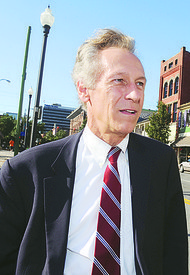 by Constantinos E. Scaros
Special to The National Herald

A few weeks ago, part one of this story appeared in this space (TNH, Sept. 29), and a sizable number of readers responded and contributed to a lively exchange of ideas. Part 2 was to appear sometime after the presidential election and, as promised, here it is.

To summarize Part 1, the question posed was why here in the United States – a predominantly Christian nation – are so few Christian Americans even aware of, let alone belong to, the Orthodox Church, considering that Orthodoxy is the denomination probably closest to the Early Christian Church, and certainly closer than the type of Christianity most Americans follow: Protestantism?

Some think that part of the problem is that there is not just one Orthodox Church in America. That the American Orthodox are divided among a number of churches (Coptic, Greek, Serbian, etc.) is true, but beside the point. Because even taking all of those groups collectively, they only comprise about 2% of all Christians in the United States. The Protestants, by contrast, who are subdivided far more so than either the Orthodox or the Catholics, when added together comprise well over 50% of America’s Christian population.

THE GREEKNESS OF GREEK ORTHODOXY

Others – and I tend to agree with them – point to Orthodoxy’s ethnocentrism. Russian Orthodox, Syrian Orthodox, Greek Orthodox, etc. On the other hand, there are not such ethnic prefixes found in Protestant denominations: For instance, there are no specific German Baptists versus Portuguese Baptists. Or Ethiopian Methodists versus Polish Methodists. And Presbyterians are Presbyterians; they are not classified by nationality.

To put ourselves in the shoes of those of our fellow Americans who do not share our Greek ancestry, why would an American of French, Italian, or Spanish origin, who is not completely fulfilled with his or her Catholic or Protestant church, choose to join our Church – the first word of which is “Greek?” Some counter that “Greek,” in this sense, points to the ecclesiastical history of our branch of Orthodoxy more so than to the Greek nationality. If that were the case, though, they why does Roman Catholicism include a far more diverse group than the inhabitants of Rome? The current Pope, after all, is not Roman. In fact, he is not even Italian. He is German, and his predecessor was Polish. None of this is to suggest that Patriarch Bartholomew’s successor would have to be Argentinian or Vietnamese in order to attract more followers to the faith, but it would help if our Church were not perceived as being a Greek club with a little religion mixed in. After all, deeply traditional and magnificent liturgies aside, our churches serve as Greek dance halls, Greek schools, and Greek Festival sites. All of those activities are great ways of perpetuating Hellenism among today’s Greek-Americans. Consequently, however, they also make it increasingly difficult to attract non-Greeks to the Greek Orthodox Church. To a great extent, the same theory applies to the Orthodox churches overwhelmingly populated by other specific nationalities.

A striking difference between the Orthodox (or Catholic) and Protestant Churches is the degree to which the service is liturgical or sermonic. Is most of the time spent chanting various prayers involved in the mystery of transforming ordinary bread and wine into the body and blood of Jesus, or is the bulk of time devoted to applying an important Biblical lesson – such as the prodigal son or the rich man who wanted to get into Heaven – to everyday life? Liturgical traditionalists will not do without the former, whereas others see it as watching the same episode of a television show week after week, and would rather spend the time contemplating the many ways by which Christ’s teachings affect their lives.

Finally, it is important to consider a large and oft-forgotten demographic of potential churchgoers: they are not the youth (i.e., the children and teenagers), or the younger and older married couples, or the seniors. They are the college kids, and the 20-something and 30-something singles.

The ones who spend many a Saturday night partying heavily, often until the early hours of the morning, and by the time they wake up at 11AM on a Sunday morning – miserable and hung over – rushing to get ready to catch the last 15 minutes of church is the last thing on their minds.

Is there an option for them, beyond the rather lofty goal of getting them to give up their late night partying antics? Of course there is: offer an alternative version to the Sunday morning service – a Saturday afternoon mini-service, from, say, 5 to 6PM, that is an easy-to-follow sermon in everyday language. No need to offer it in Greek: after all, Yiayia is “old school,” and she’ll be at the full-fledged Sunday morning session bright and early.

That way, those who want the benefit of the real thing – the full liturgy in all its glory – can still enjoy it on Sundays. But for the rest of the bunch – the ones who haven’t been to church on a Sunday since they were dunked in the kolymbithra as infants, and only make cameo appearances to church nowadays on Good Friday and Holy Saturday – a rendition of “Orthodoxy Lite” on early Saturday evening – when the aftereffects of Friday night’s outing have subsided, and before Saturday night’s festivities have begun – is better than nothing.

Perhaps those sessions can describe what the Orthodox Church really is. Why it is different from other Christian denominations. If the person (the priest, presumably) running it is truly passionate about it, then the event can serve as a tantalizing preview of the main event: the Sunday service.

Moreover, and perhaps, more importantly, it can entice an untapped resource of Christian Americans – non-Greek ones – to join the Orthodox Family.