[ditty_news_ticker id="27897"] Why is Pittsburgh called the ‘breadbasket’ of the Orthodox Church in America? - Orthodox Christian Laity 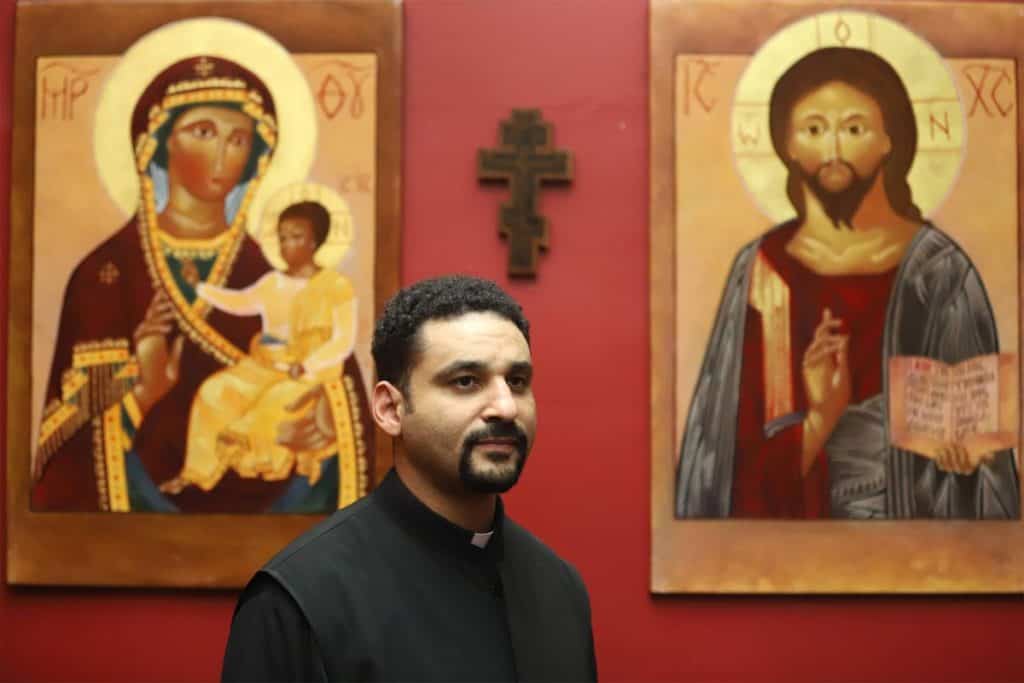 People often don’t know much about Orthodox Christianity, said Rev. Paul Abernathy, priest at St. Moses the Black Orthodox Church in the Hill District and CEO of the Neighborhood Resilience Project. “The paradigm is Protestant or Catholic.” (Photo by Ryan Loew/PublicSource)

“Faith, Race, Place” explores how Pittsburgh’s fragmented religious landscape came to be and how historical divides are being confronted in the present day.

Orthodox Christian churches — with their traditional three-bar crosses and onion domes — are a signature of the Pittsburgh skyline. Sometimes, like in Carnegie, you’ll even see two Orthodox churches side by side.

Yet, despite Orthodox Christianity’s visible presence, people often don’t know much about it, said Rev. Paul Abernathy, the priest of St. Moses the Black Orthodox Church in the Hill District.

Historically, in the West, the Orthodox Christian community has been “really ignored to a degree,” Abernathy said. “The paradigm is Catholic or Protestant.” In the United States, Orthodox Christians have also sometimes faced discrimination.

To clear up confusions, stereotypes or misconceptions, here are three myths about the Orthodox Church and its local Pittsburgh history debunked.

Fact: There is only one Orthodox Church. It has several regionally-determined jurisdictions (Ukrainian, Serbian, Romanian, etc.) within it.

Through the early 1900s, Orthodox Christians in the United States all belonged to the same jurisdiction, overseen by Russia. That was normal: When the Orthodox Church expanded into a new country, Abernathy explained, it usually stayed connected to a mentor or sponsor of sorts  until it reached “spiritual maturity.”

That relationship status changed abruptly in 1917 with the start of the Bolshevik Revolution.

The Church in Russia was basically “decapitated,” Abernathy said. It could no longer provide the spiritual or financial backing it previously had.

Amid the chaos, individual ethnic congregations in the United States started reaching out to their home countries, asking them to send money, priests and bishops.

The Pittsburgh region, with its high density and diversity of immigrants, saw this dynamic play out perhaps more visibly than anywhere, Abernathy said. The region was saturated with Orthodox jurisdictions and bishops.

Myth #2: If you see two Orthodox churches in Pittsburgh side by side, they are or were rivals.

Fact: In the early 1900s, local Orthodox Christian immigrants of different ethnicities often intentionally built their churches close to one another for social and spiritual support.

Around the turn of the 20th century, Pittsburgh was a hub of Orthodoxy in the United States. Abernathy said that in Orthodox Christian circles in the U.S., it’s commonly called the “breadbasket” of the faith.

It became that way thanks to the steel industry. In the late 1800s, immigrants from Eastern Europe and the Arab world, Orthodox Christian-dense places, flocked to jobs in the steel mills and mines. They dramatically increased Pittsburgh’s Orthodox Christian population. 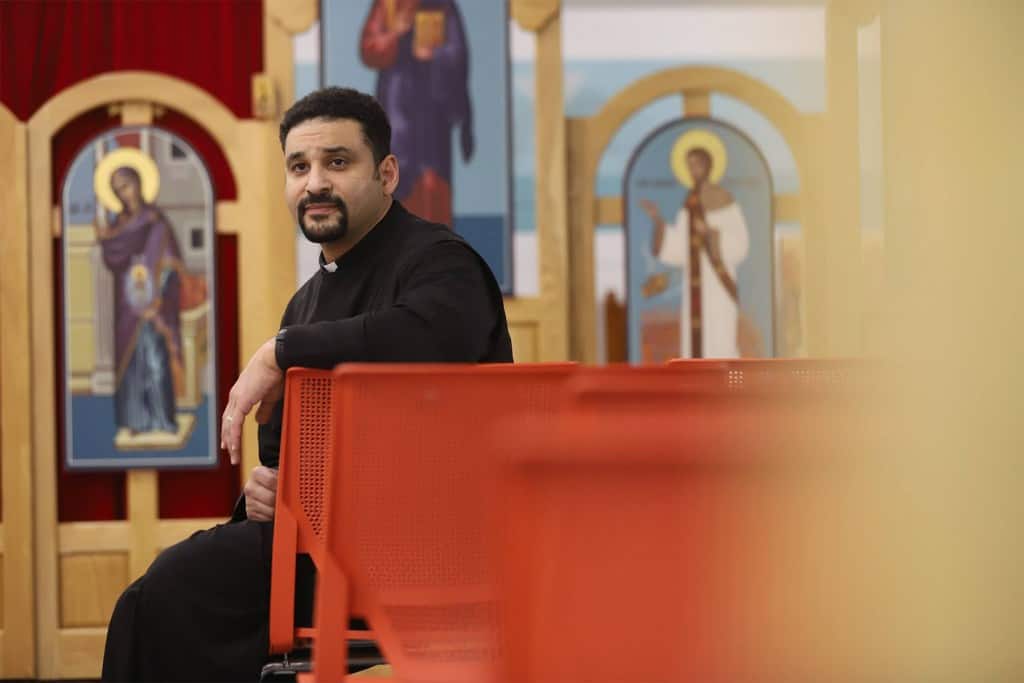 Rev. Paul Abernathy, priest at St. Moses the Black Orthodox Church in the Hill District and CEO of the Neighborhood Resilience Project, looks at the ministry of St. Moses as a means of addressing people’s spiritual pain. (Photo by Ryan Loew/PublicSource)

At first, different immigrant groups — Russians, Ukrainians, Serbians, Romanians — worshipped together. They had to, if they wanted to afford a church. By the early 1900s, though, the population had increased enough to support ethnic congregations.

The feeling between these congregations was familial, not tense, Abernathy said. “They felt, at the time, close enough to one another that they understood they wanted their churches to be together.”

Fact: Over the past several decades, Orthodox Christianity in the United States has taken on a more American character. Congregations include more converts to the faith.

One trend that Abernathy notes, and that St. Moses the Black Orthodox Church illustrates, is a “small but growing” group of Black American converts to Orthodox Christianity.

In Pittsburgh, that growth was fueled in part by two-time Super Bowl champion Pittsburgh Steeler Troy Polamalu, who converted to the Orthodox faith of his spouse, Theodora. His public spirituality helped fuel support for the project that became St. Moses the Black, a multiracial Orthodox congregation in the Hill District, in 2016.

The faith tradition’s appeal to Black Americans has a historical grounding, Abernathy said. For some, Orthodox Christianity, with its focus on deep prayer and spirituality, honors or preserves the legacy of the earliest Black Christianity in America: the spiritual practices of enslaved Africans.

The Christianity of enslaved Americans was not the “mainstream Christianity” that many picture, Abernathy said. “It’s a spirituality that comes from deep prayer in the hour of great suffering.”

“There’s this point where the two really converge, where the two truly intersect,” he said. “That’s all given rise to the small but growing parish we have right here in this community.”

Chris Hedlin is PublicSource’s faith and religion reporter. She can be reached at [email protected] or on Twitter @ChristineHedlin.

This story was fact-checked by Sophia Levin.

It takes a lot of time, skill and resources to produce journalism like this. Our stories are always made available for free so that they can benefit the most people, regardless of ability to pay. But as an independent, nonprofit newsroom, we count on donations from our readers to support this crucial work. Can you make a contribution of any amount (or better yet, set up a recurring monthly gift) to help ensure we can continue to report on what matters and tell stories for a better Pittsburgh?