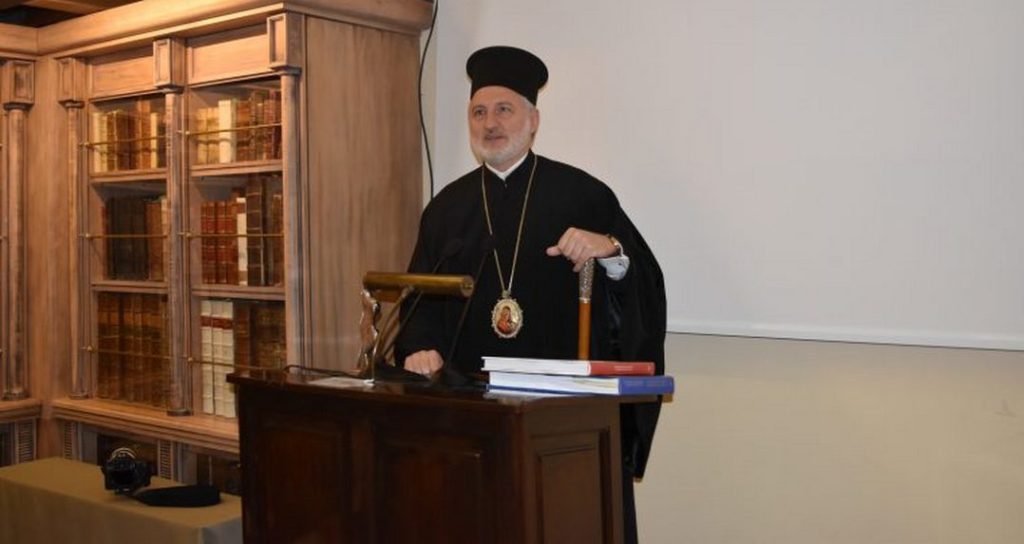 Archbishop Elpidophoros of America in Athens, May 20, 2019. (Photo by TNH/Anastasis Koutsogiannis)

GENEVA – World Council of Churches (WCC) General Secretary Rev. Dr. Olav Fykse Tveit sent a welcoming letter to Metropolitan Elpidophoros of Bursa after his election by the Holy and Sacred Synod of the Ecumenical Patriarchate as the new

Archbishop of the Greek Orthodox Archdiocese of America.

Rev. Tveit wrote that “Within the joyful atmosphere of the Easter season, we welcome joyfully your election by the Holy and Sacred Synod of the Ecumenical Patriarchate to the head of the Greek Orthodox Archdiocese of America, one of the most prominent sees of the Church of Constantinople.”

He also wrote that “We do rejoice for the election to such an important ministry of one member of the Central Committee of the WCC and a Professor of Inter-Christian relations at the Theological Faculty of Aristotelion University in Thessaloniki.”

Rev. Tveit noted that Metropolitan Elpidophoros carries with him a very rich ecclesial, academic, and ecumenical record, as well as important pastoral and spiritual experience.

“We are confident therefore that, in your new position, you will generously share your skills, will continue your Ecumenical commitment, and will do your best in order to fertilize with your dynamism and your vision the ecclesial and ecumenical life in the new context of your ecclesial and pastoral responsibilities,” Tveit wrote.

“We would like to assure you, Your Eminence, that the thoughts and prayers of your many friends and companions in the WCC and the Ecumenical movement at-large will accompany you.”