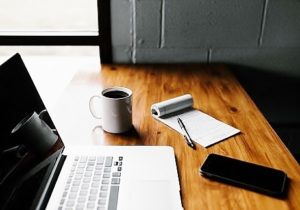 BOLIVAR, PA [OCA/AFR]  Speakers and topics that will be featured at the Ancient Faith Writing and Podcasting Conference, to be held at Antiochian Village, Bolivar, PA June 20-23, 2018, were recently announced.  The conference, which is open to all interested individuals whether published or unpublished, is fully committed to mentoring the upcoming generation of Orthodox writers and podcasters.  College students are especially welcomed.

“The conference offers a professional development and fellowship opportunity for Orthodox Christians who want to enrich their creative work or break into a new media field,” according to Melinda Johnson, conference organizer.  “The conference will provide a one-of-a-kind opportunity to network and collaborate with well-known Orthodox authors, podcasters, editors, and publishers, and to gain inside perspective on the Orthodox media world.  Guests will enjoy time for fellowship in a beautiful and peaceful environment.  Community building and spiritual refreshment are important goals of this gathering.”

The keynote address, titled “Can You Be All Things to All People and Still Be Yourself?” will be delivered by Frederica Mathewes-Green.  A wide-ranging author, Frederica has been published in the Washington Post, Christianity Today, Smithsonian, the Los Angeles Times, First Things, Books & Culture, Sojourners, Touchstone, and the Wall Street Journal. She has been a regular commentator for National Public Radio, on Morning Edition and All Things Considered, and on the Hallmark TV network.  She has served as a columnist for Religion News Service, Beliefnet.com, and Christianity Today.  Her book and movie reviews have appeared in the Los Angeles Times, National Review Online and Christianity Today Movies.  Her podcast is featured on Ancient Faith Radio.  She has published 10 books, has appeared as a speaker over 500 times, and has been interviewed over 700 times, on venues that include PrimeTime Live, the Diane Rehm Show, the 700 Club, NPR, PBS, CNN, NBC, and Fox News, and by Time, Newsweek, The New Republic, USA Today, The Chicago Tribune, The Philadelphia Inquirer, and The New York Times.

Among the evening lecturers will be Deacon Nicholas Kotar, who will speak on “Culture Creation for a Post-Christian America.”  A writer of epic fantasy inspired by Russian fairy tales and a freelance translator from Russian to English, Deacon Nicholas is the resident conductor of the men’s choir at Holy Trinity Seminary, Jordanville, NY, and a semi-professional vocalist.  He blogs about seeking beauty and truth in Russian folk culture and history at The Storyteller blog on the Ancient Faith platform.  He will be giving all participants copies of his translation of Ivan Ilyin’s “Christianity and Culture” as part of his presentation.  His lecture will conclude with a concrete action plan for Orthodox culture creators.

“Orthodoxy and Shame” will be the topic of Archpriest Stephen Freeman’s presentation.  Rector of the Orthodox Church in America’s Saint Anne Church, Oak Ridge, TN, Father Stephen was educated at Furman University, Seabury-Western Theological Seminary, and Duke University.  He is the author of the popular blog, Glory to God for All Things and the weekly podcast, “Glory to God,” on Ancient Faith Radio.  His writings have been widely translated and published in Europe and Russia.  In his presentation, Father Stephen will discuss the experience of shame (clinical understanding) and its occurrence in religious conversion and practice.

A variety of specialized networking sessions also will be offered.  Topics will include “Make It Beautiful: The Art of Editing Your Own Writing,” “Voices in the Wilderness: Writing Beauty for the Digital Age,” “Concrete Thinking as a Model for Evangelism,” “Re-Catechism Preaching to the Older Brother,” “Deliver us from Gnostic Cannibals: Engaging our Orthodox High School and College Students in Print, Podcasts, and the Classroom,” “Making Online Content Accessible to People with Disabilities,” and “Writing for Children.”  Several craft workshop tracks will explore adult fiction, book-length nonfiction, short-form nonfiction, and podcasting.