[ditty_news_ticker id="27897"] Bartholomew: The problems between us and our Russian brothers have not ceased 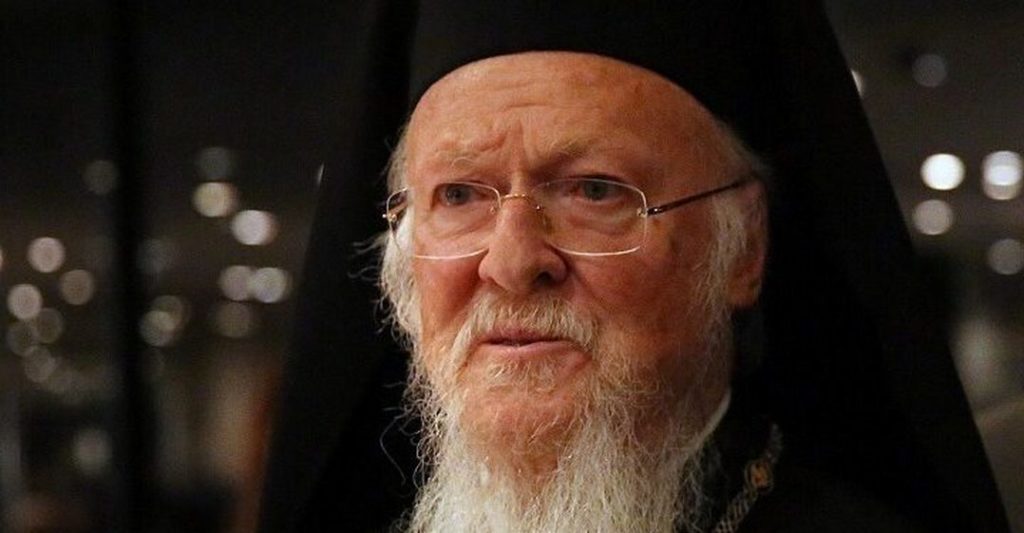 At a special ceremony this morning Ecumenical Patriarch Bartholomew was proclaimed an honorary citizen of the municipality of Thermaikos at the municipal premises of Neoi Epivates.

Bartholomew made an extensive reference to St. Paraskevi Epivatini, the ancestor of the current inhabitants of Neoi Epivates – whose skeleton is now in Iasi of Romania and is venerated with devotion by thousands of believers -, stressing that it had been granted by the Ecumenical Patriarch Parthenios I in 1641 through the mediation of a ruler of Danubian Principalities, because he had benefited the Patriarchate. And on the occasion of this narrative, he made reference to another historical meeting of the Ecumenical Patriarchate in the past with the Russian Church.

“The Church of Constantinople was always poor. You remember from history that my predecessor (Ecumenical Patriarch) Jeremiah went to Moscow (1588) to fundraise for the Patriarchate and was detained there by the Tsar and other officials of the Russian state and was not allowed to return to his seat until he gave the Patriarchal Merit to the Metropolitan of Moscow. It was a kind of…pious blackmail. And since then the problems between us and those of our brothers have not ceased.”

“We recognize you as the First of Orthodoxy. First in honor and first on the Cross. For more than thirty years, God’s blessing, you have had the historical responsibility of the continuity of the most important institution of Romanity,” said the Mayor of Thermaikos, George Tsamaslis, addressing Mr Bartholomew, and after referring to the rich ecclesiastical, pastoral, charitable, social and environmental work of the Ecumenical Patriarch, he added: “For a very large number of citizens of our land, you are the irresistible successor of the patriarchs, whom our parents knew in our unforgettable places of origin”. The distinction was awarded by decision of the municipal council, following a proposal by Mayor George Tsamaslis.

The Ecumenical Patriarch was accompanied by Metropolitan Emmanuel of Chalkidon and priests of the Patriarchate and Metropolitan Ioustinos of Nea Krini and Kalamaria.

Afterwards, the Ecumenical Patriarch went to the rural region of Epanomi and held a memorial service at the recently renovated well of St. Argyrios, protector of Epanomi, which his parents had built in memory of the new martyr. Bartholomew also laid the last marble slab and after that, he planted a plane tree, so that future pilgrims can cool off under its shade.