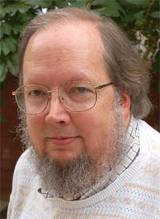 By Terry Mattingly, On Religion

This elderly patriarch’s image is striking, with his stern face and a gray beard that flows over his chest, contrasting with the colorful clothing typical of his flock and his unique line of work.

Just before Christmas, he created a stir with a blunt statement on a very controversial issue.

No, this wasn’t the Duck Commander in Louisiana. This patriarch resides in the city his followers formally refer to as Constantinople-New Rome.

“The Lord appointed the marriage of male and female in the blessed family,” proclaimed Ecumenical Patriarch Bartholomew, while discussing Mary, Joseph and the newborn Jesus. He is the first among equals of the patriarchs who lead the world’s 250 million Eastern Orthodox Christians (including the author of this column).

Patriarch Bartholomew claimed the “manifold support of the institution of the family comprises the obligation of the Church and responsibility of leadership in every country.” Thus, he argued that “in order for a child to be raised in a healthy and natural way, there needs to be a family where man and woman live in harmony as one body, one flesh, and one soul, submitting to one another. …

“We must all encourage the creation and function of natural families, which can produce citizens that are spiritually healthy and joyful.”

Soon after that, a Catholic bishop delivered a Christmas sermon in which he addressed a related topic — the adoption of children by same-sex couples. Then, to make matters even more newsworthy, he claimed that he spoke with the encouragement of his own patriarch, the pope of Rome.

Auxiliary Bishop Charles J. Scicluna told journalists in Malta, a Mediterranean island, that in a Dec. 12 meeting, Pope Francis was shocked to learn that a civil unions bill would allow gay couples to adopt children in that predominately Catholic country.

The pope, he claimed, urged him to speak boldly. The bishop also said that Pope Francis — declared 2013 Person of the Year by The Advocate, a major gay magazine — repeated the views he expressed in 2010 as Cardinal Jorge Mario Bergoglio, when he called same-sex marriage an “anti-value and an anthropological regression” for humanity. In 2009, Bergoglio had written to Catholic leaders in Buenos Aires stressing: “We are not talking about a mere bill, but rather a machination of the Father of Lies that seeks to confuse and deceive the children of God.”

However, Pope Francis also suggested — in November remarks to the Catholic Union of Superiors General — that church leaders must find new ways to show mercy and understanding to the children of same-sex couples and divorced parents, so as not to be guilty of “administering a vaccine against faith” among the young.

Clearly, it’s getting harder for traditional religious believers to publicly voice, let alone to boldly defend, the ancient doctrines of their faith. That is certainly what “Duck Dynasty” patriarch Phil Robertson learned when he spoke his mind in that infamous GQ magazine interview, which briefly got him exiled from his family’s popular series on the A&E television network.

Anyone familiar with the New Testament knew this was a near verbatim quotation from St. Paul, writing to the Corinthians, noted Janet E. Smith, who teaches Catholic moral theology at Sacred Heart Major Seminary in Detroit. It also helped that, while he used some swamp-level language that offended millions of Americans, Robertson stressed that he was just a repentant sinner who, when it came to sex, booze and the nasty ways of the flesh, had been there and done that — many times.

This is what church leaders must carefully communicate, said Smith, in an online commentary. They must consistently demonstrate that they realize many ordinary people spend their lives engaged in a “very wrenching struggle with powerful appetites, deep wounds and habits that at least to some extent balm those wounds. We must realize what we are asking of people and help them with our prayers, sacrifices, understanding and friendship.”