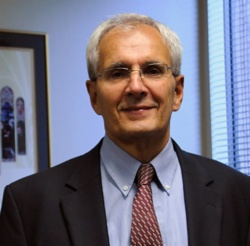 I was dismayed to read the following in the recent issue of the Orthodox Observer:

“Biden touched on three subjects that are at the core of the issues of greatest concern to Greek Orthodox Christians; the relationship between the United States and Greece, religious freedom, especially for the Ecumenical Patriarchate, Christians in Turkey and the Cyprus question.”

I can name several core issues contained in the New Testament that are of far greater importance than the three presented in The Orthodox Observer, but I choose to focus on only one.  Jesus clearly and explicitly gave the Church a commission in the last chapter of the Gospel of Matthew, “then Jesus came to them and said, all authority in heaven and on earth has been given to me. 19 Therefore go and make disciples of all nations, baptizing them in the name of the Father and of the Son and of the Holy Spirit, 20 and teaching them to obey everything I have commanded you. And surely I am with you always, to the very end of the age.”

The GOA gives lip service to the great commission and primary concern to the three “core issues” expressed in the article. Has the GOA chosen to supplant the great commission of Jesus with three issues of its own concern?  Based on the GOA’s current practices, the great commission has become the great omission.  In reality, little is done to bring the broader public to Christ, in the context of the Orthodox Christian Tradition.  For many members of The Greek Orthodox Church, this concept seems strange.

The three issues presented in the article are important issues, however; they are not primary issues of the Church in America.  In the Book of Revelation, Jesus admonishes the Church of Ephesus as well as the GOA in America today, “but I have this against you, that you have left your first love.” (Rev.2:3)  At the time of judgment, Jesus is not going to ask us, did we work diligently to make sure Greece and the United States have a strong relationship, however; he will ask us if we shared the Good News of salvation and new life in Jesus Christ.

There is a choice before all people, both individually and corporately, presented in the Book of Deuteronomy, “choose this day whom you shall serve”.

Specifically, I suggest this is a challenge to the GOA.  Is the GOA the Body of Christ, as presented in the writings of St Paul and the Fathers of the Church, or is it the Greek Community?  Many among the members of the GOA think they are one in the same but this concept is not biblically supported. Jesus said, “You cannot serve two masters because you will love one and hate the other.”

It seems to me that the “core principles” presented in The Observer are issues of concern for the Greek Community and not the Body of Christ.  At some point, the GOA needs to decide: IS IT THE GREEK COMMUNITY OR IS IT THE BODY OF CHRIST?   Being Greek (or for that matter any traditionally Orthodox ethnic background) can be an enriching part of a person’s life, however, it is not central to being a member of the Body of Christ.  Simply put, one can be very, very Greek and far from the kingdom of God.

John Kaloudis is Director of Stewardship and Development at the Catholic Diocese of Salt Lake City.