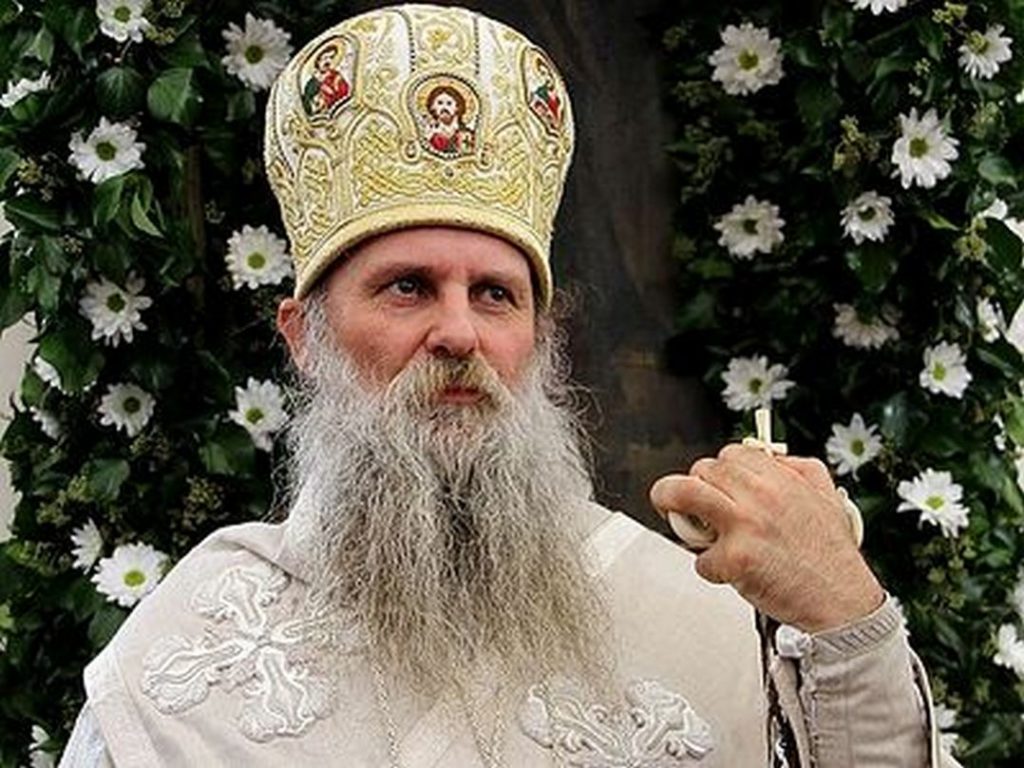 Bishop Ioann of Pakrac and Slavonia

Bishop Ioann of Pakrac and Slavonia has given an interview to the Republic of Srpska television on the latest events in Montenegro.

After dealing in detail with the close historic relationship of the modern Montenegro state ideology with Ustashism, the hierarch criticized the policy of today’s Montenegro authorities and a discriminatory law they have adopted on freedom of faith calling it “a totalitarian law that actually gives itself and the state a right to evaluate what belongs to the state and what can remain in the Church”.

Bishop Ioann said how in 1991 he came to Montenegro to become a novice, first in the Savina Monastery and a year later in the Cetinje Monastery. Describing the situation in Montenegro, he recalled that at that time monks “lived in fear and terror”. Recounting the strong atheistic sentiments prevailing in those years, he shared his remembrances of colonies of snakes that used to fill churches, and how “on his way to Ostrog to venerate St. Basil, he saw a ruined church with Josip Broz Tito’s slogans on it”. The archpastor remembers how the people “in 1991 stoned the Cetinje Monastery in which the Liturgy was being celebrated and the stones were falling on the Body and Blood of Christ”.

All the more magnificent has been the spiritual revival that has happened in these 30 years. Now the people “pray to God, defending their Church, and hundreds of thousands of people walk in many kilometers-long prayer marches every day. In Montenegro, he said, the Orthodox people’s conciliar awareness has awakened and the movement in protest against the discriminatory law “is not organized either by Metropolitan Amfilohije or Bishop Ioann and even less by anybody from Serbia or the Montenegro political opposition”.

“The Church of God has won”, Bishop Ioann said speaking about the further development of the situation, pointing out that the courageous position of the Serbian Orthodox Church has proved to be dear to the sincere faithful of various national self-determination and various religious confessions: “In columns marching through Montenegro, there are also those who say they are Serbs and those who say they are Montenegrins. Among the marchers are also serious representatives of the Islamic communities because they see the marches as sincere and pure and see that people have come out to defend what belongs to them from of old”.

On the night from December 26 to 27, 2019, the Montenegro Skupština adopted a discriminatory Law on Freedom of Faith that provides for the nationalization of the most part of the property of the Serbian Orthodox Church. Since December 2019, unprecedentedly large processions with the cross, prayer services, and rallies have been held against the authorities’ encroachment on the shrines of the fathers. On 2 February 2020, some 60 thousand believers took part in a prayer vigil in Podgorica and 40 thousand in Niksica. His Holiness Patriarch Kirill of Moscow and All Russia and the Holy Synod of the Russian Orthodox Church issued a statement on the situation in Montenegro expressing support to His Holiness Patriarch Irenaeus of Serbia and to the archpastors of the Patriarchate of Serbia in Montenegro.