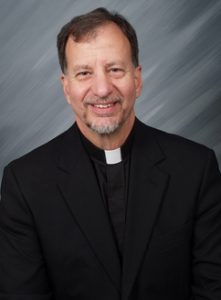 Twenty years ago, I was hired by the Greek Orthodox Archdiocese (GOA) to develop an outreach ministry to intermarried couples and their families, otherwise labeled with descriptors like interfaith, inter-Christian, inter-Christian and intercultural couples. The reason why this subject was given special attention was because 85% or more of Greek Orthodox were intermarrying. Today, this static has not dramatically changed.

One of my first tasks was to review what information existed from an Orthodox perspective on the subject. What I discovered was a small body of literature written essentially by theologians for other theologians. Conspicuously missing from this body of literature was one key voice, i.e., intermarried spouses’ and couples’ perspectives. To correct this discrepancy, I determined that my next task should be to systematically capture the lived experiences of intermarried couples across the GOA. What emerged from this effort was a clear and reliable understanding of the challenges this population encountered in their efforts to cultivate a religious and spiritual life in their homes.

Another equally important objective behind this research approach was to help our clergy and lay leaders gain a deeper appreciation of this population’s unique challenges, thereby creating more and more stakeholders and a timely outreach effort. While key people of position and power initially resonated to the information that was emerging, interest in doing anything purposeful and meaningful slowly waned for numerous reasons I will not speculate upon in this article.

In retrospect, I believe a great opportunity for meaningful outreach to intermarried couples and their families was lost in the early 2000’s, and the Church is presently experiencing the fallout of its failure to act decisively and intentionally. A cursory look at the GOA’s vital statistics over the past 20 years reinforces this observation. These statistics clearly show that fewer and fewer intermarried couples have chosen to marry in our churches. Furthermore, the GOA’s failure to act decisively is likely correlated with the greying of many of its churches. Comparing the GOA with groups that aggressively promoted outreach to intermarried couples during the same timeframe, such as our Jewish and Mormon neighbors, reveals that growth took place among these groups, and a steady decline in membership occurred in the GOA. An examination of the Pew Research Center’s findings in 2015 regarding the condition of religion in America appears to validate these points.

I remain convinced that this population of couples and families could have taught the Orthodox church a great deal as it poised itself to enter the 21st Century. I know they taught me a great deal during the seventeen years I studied and served them. One needed only to be attentive to the transcripts from the numerous focus groups that were conducted along with other related research that subsequently emerged:  a task the GOA’s leadership never seemed genuinely interested in doing.

All too often, the leadership (at all levels) of the GOA seemed disinterested in developing and funding a meaningful action plan to address this pastoral challenge. Whether that was because they were over-worked and under-resourced, or threatened by the changes that needed to be implemented, or there was a general failure to grasp the importance of this challenge, or whether they were preoccupied with safer, less provocative topics, or they were victims of a pervasive general spiritual malaise, or whatever…most failed to listen attentively and consider the implications of what this population was saying to them.

At minimum, a careful, examination and review of the pastoral guidelines was needed in light of the information that was emerging. Think-tanks needed to also be organized that included the expertise of a number of key disciplines beyond the typical apologetics generated by canon law experts, Biblical scholars and other theologians. Evidence-based outreach programs that were decidedly Orthodox needed to also be developed and adopted. In short, an intentional, purposeful, pastoral approach equal to the importance of this challenge was needed, but never materialized.

While this challenge remains a viable and legitimate concern, it almost seems passé today when we consider other more complex pastoral challenges like same-sex marriage, women’s issues, the rampant secularization of the various Orthodox jurisdictions in the USA, and the fundamentalist reaction to present day challenges. Moreover, as was the case with the interfaith marriage challenge, it seems the Church has determined to address these challenges with more of the same ineffectual strategies that it employed when addressing the interfaith marriage challenge in the 2000’s.

No doubt, our Church’s task is particularly difficult when it tries to addresses contemporary challenges, since our belief system does not easily provide palatable answers to many of the moral and social questions and concerns of our time that might satisfy our dominant American culture.  However, if the Church is to survive and thrive in the highly pluralistic, postmodern, secular environment in which it is embedded, then it must make every effort to intentionally address these issues while protecting its theological integrity. Gone are the days when our youth would retain membership in one of our churches based on their intergenerational sympathies and ethnic background. Younger generations are not nearly as likely to attend our churches, if they perceive the Church is out of step and irrelevant. Younger generations are looking for meaningful answers to life’s difficult answers, and if the Church fails to provide them, they will seek answers elsewhere.

Scripture teaches that we shall know and be able to evaluate past, present and future efforts that claim to represent God by their fruits. That stated, how do we evaluate the Orthodox Church’s fruits with regard to addressing the intermarried challenge, along with several other equally important pastoral challenges mentioned in this short article?

I continue to believe that we must accept the fact that new challenges exist that require a faithful, courageous response. More of the same old, same old ways will not do.

Rev. Fr. Charles Joanides, Ph.D., LMFT is a retired Greek Orthodox priest who teaches marriage and family therapy at Nyack College. He has written numerous books and articles addressing marital and family needs both within and outside of the GOA. Also see a more complete biography at: http://www.occiservices.org/members.html.