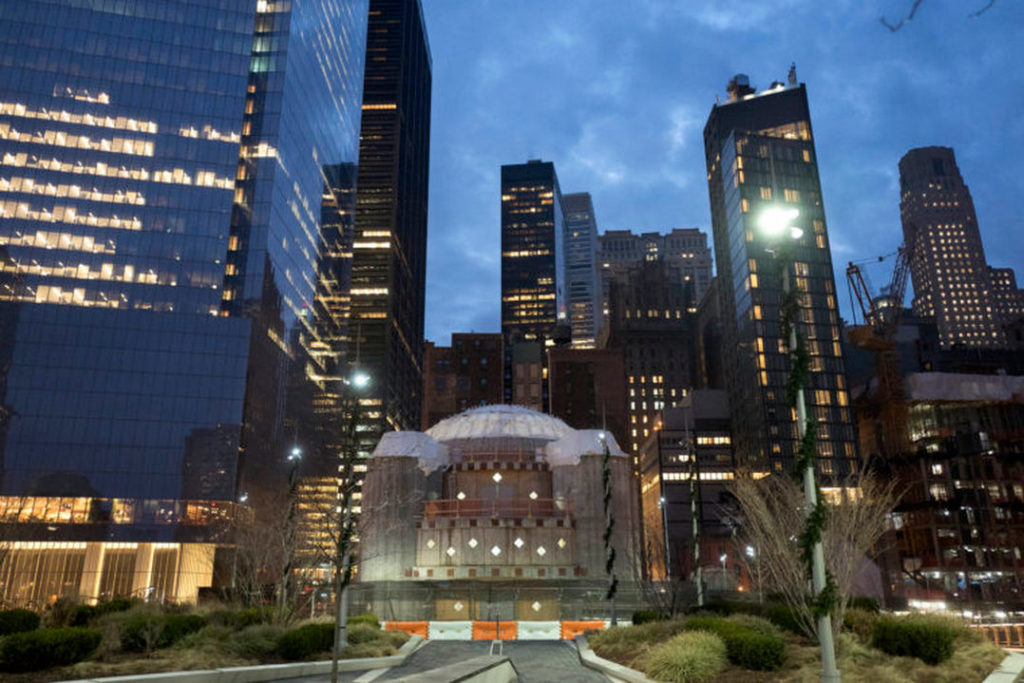 No one has been more disheartened than I have been by the unfortunate fate of the St. Nicholas Shrine at Ground Zero, which should have been finished two years ago at half the cost of what it will now take to complete it. Everyone who contributed to the delays and the ballooning costs – from the incompetent managers of the project at the Archdiocese to the slew of lawyers, accountants, contractors, suppliers, and designers – bear responsibility for the failure to complete the shrine on time and on budget.

But despite the mismanagement and waste, I believe it’s time for all Greek-Americans to get fully behind St. Nicholas Shrine and to do all we can to finish it. I have come to that conclusion for two reasons:

First, it will stand as the premier monument for our people in the United States because it is projected to attract some 10 million people every year, twice as many as any museum or house worship in the country including the most majestic cathedrals. It will tell Americans in brilliant visual images for generations to come who we Greeks are, where we came from, what we believe in, and what we have achieved in our new found land.

Second, I have examined the backgrounds and proposals of the new team of managers who have taken charge of the construction of St. Nicholas Shrine and I believe they have the competence, the experience, and the integrity to finish the job as fast and as economically as possible.

I feel so strongly that the St. Nicholas Shrine must be completed, and that it will be under its new managers, that I have decided for the first time to make a contribution myself, something I never did before because I didn’t feel confident that those in charge of finishing it had the experience to do the job, no matter how good their intentions.

My contribution of $10,000 is modest compared to what some others have given because writers don’t get paid like athletes or entrepreneurs. But I congratulate those who have made six and seven-figure donations and I urge them to dig deeper into their pockets again since the stock market has soared and it’s a new tax year. If those who contributed from $100,000 to $5 million would double their contributions, two-thirds of the funds needed to finish St. Nicholas would be in hand. They might be encouraged to do so by a promise to have their names listed somewhere in the church.

I also think we should extend fundraising for St. Nicholas to individuals and foundations outside our community since the new church will be built on a platform 25 feet above street level at the end of an open space that will include a non-denominational center for rest and meditation and the church complex will be a shrine that will attract pilgrims of all beliefs from all over America and the world.

I don’t believe parishes should be pressured to fill the financial shortfall needed to finish St. Nicholas because many of them are face soaring costs and declining congregations. But I think the most prosperous parishes might put aside for St. Nicholas a portion of their profits from their Grecian festivals and all parishes could hold at least one event – a glendi, a dinner, an auction – for the shrine.

Most of all, I hope we will step up as individuals. We Greek Americans have the second-highest per capita income of any ethnic group in America and most of us have the means to make an individual contribution to complete St. Nicholas, which is sure to become a monument to our standing in America.

I know that many hesitated making donations in the past because of the reports of mismanagement of the project, many of them published in this newspaper. But now everyone can contribute with confidence that the money will be well spent, as I have done.

It’s crucial for us to finish St. Nicholas. All major religious denominations have built a great edifice in New York City to testify to their impact on the United States. The Episcopalians have St. Bartholomew’s Church, the Baptists, Riverside Church, the Catholics, St. Patrick’s Cathedral, and the Jews, Fifth Avenue Synagogue.

We Greeks have limited ourselves up to now to our modest Holy Trinity Cathedral, far removed from the city’s nerve center at 74th St. between Second and First Avenues.

Now a terrible national tragedy has offered us the opportunity to create a great shrine for our faith and a spiritual memorial to all those who perished on 9/11 that will attract more visitors every year than all of the city’s majestic cathedrals combined.

St. Nicholas Church at Ground Zero will allow us to leave a monumental mark on America and to do it in a way that is worthy of our faith and our history, fitting to the memory of those who died on 9/11, and a lasting honor to our parents and grandparents who brought us to these shores.

So let us all join together in small ways and large, as our circumstances allow, and finish St. Nicholas Shrine to honor our past, testify to our presence in the United States, and create an enduring source of pride for future generations of Greek Americans.