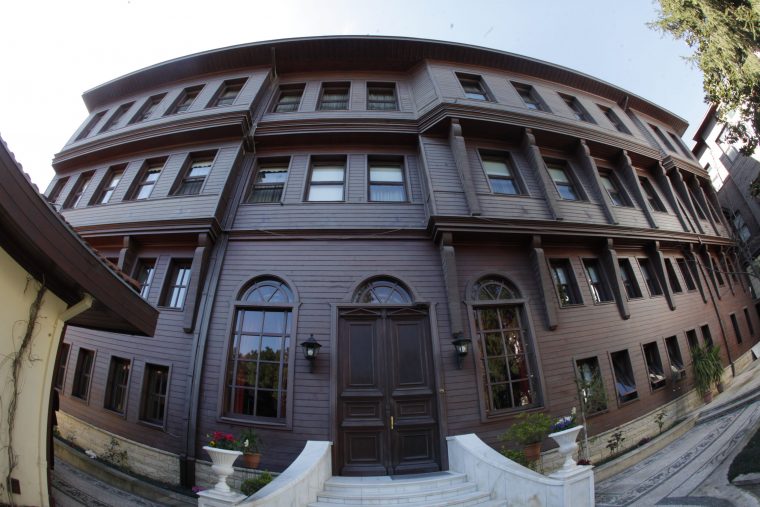 Today, approximately five million Americans identify themselves as Orthodox. They do so with pride for their faith’s spectacular growth in America, its parishes and places of worship, and for the thousands of converts who regularly join them at religious services.

The progress of Orthodoxy in America since its arrival 200 years ago has been impressive, but all is not well today.  As is the case with many other Christian denominations, Orthodoxy is confronted with declining Church attendance and a variety of other religious and secular problems. Its largest obstacle, however, is organizational: a single canonical American Orthodox Church that would provide overall direction and unity to the dozen or so ethnic churches that constitute America’s Orthodoxy, does not exist.

Needless to say, it is urgently needed.

In the view of many Orthodox faithful, the most effective way to achieve this goal is to detach from the Mother Churches in Europe and the Middle East all Orthodox Churches now functioning in the United States, and unify them in a single “American Orthodox Autocephalous Church.” Such a Church would be self-governing and independent of the Ecumenical Patriarchate and all other Church authority.

The concept enjoys great support in the United States, especially among lay members of the Church. Opposition is evident too, but mostly from high ranking members of the clergy. Evidence the recent comments on this issue by Metropolitan Apostolos, a member of the Patriarchal delegation to the Boston Clergy-Laity Congress. An “American Orthodox Autocephalous Church,” he charged, would be imprudent and disrespectful and cause to distance America’s Orthodox faithful from the Mother Church in Constantinople.

Despite its popularity, the concept for an “American Orthodox Autocephalous Church “has not moved one iota since its inception 30 years ago. And, considering the many obstacles that confront it, chances are that it will not do so in the foreseeable future. All is not lost, however, for there is an organization in being within the Orthodox Church with the potential for enacting reform.  It is the Assembly of Canonical Orthodox Bishops, established in 2010 by the Ecumenical Patriarchate with the mission of providing the framework for a “United American Orthodox Church.”

Whether either of the initiatives (above) will succeed is difficult to predict, because three principal obstacles stand in the way.

For any Orthodox Church to become autocephalous, it requires the approval of the Ecumenical Patriarch. His authority in this regard is not as absolute as it once was; granting autocephaly today is a Pan-Orthodox process in which all Autocephalous Churches participate. Thus, for an “American Orthodox Autocephalous Church” to become a reality, all fourteen Orthodox Primates will have to agree. We know that the Ecumenical Patriarch is opposed, so its creation is highly unlikely.

Also, complicating the issue is the fact that a Church already exists in the United States a Russian diaspora Church, known as the Orthodox Church in America (OCA) claims to be autocephalous. Actually it is not, because it received its decree of autocephaly from the Patriarchate of Moscow, rather than by Pan-Orthodox action. What role the OCA will play in the formation of an “American Orthodox Autocephalous Church” or the “United American Orthodox Church” is not known. Will it elect to join them or remain on the outside?

Considering the three obstacles, above, and the Ecumenical Patriarch’s known opposition to the establishment of an autocephalous Church in America, the United American Orthodox Church appears to have the best chance of becoming a reality. It is incumbent therefore upon the Orthodox faithful in the United States to work vigorously alongside the Assembly of Canonical Bishops, to help identify what presently ails Orthodoxy and recommend ways for overcoming them.

As of this writing, despite its eight-year existence, the Assembly has accomplished little, claiming to be preoccupied with its organizational phase. Ultimately, however, it is expected to develop a proposal for a canonical United American Orthodox Church to serve Orthodoxy in America as an Eparchy of the Ecumenical throne. On approval of its proposal by the fourteen Orthodox Autocephalous Churches, the Assembly plans to conclude its activities. It will be succeeded eventually by a Holy Synod of the new United Church.

The United American Orthodox Church will be a major accomplishment that will enormously benefit Orthodox Christianity and allow it to move forward in unity. We can only hope that it will come to pass soon.

Dennis Menos is the author of several books and writer on Hellenic and Orthodox issues.