Possible manufacture of holy oil a signal of declaration of independence from Moscow patriarchate, while still opposing rival breakaway church.
by JAYSON CASPER 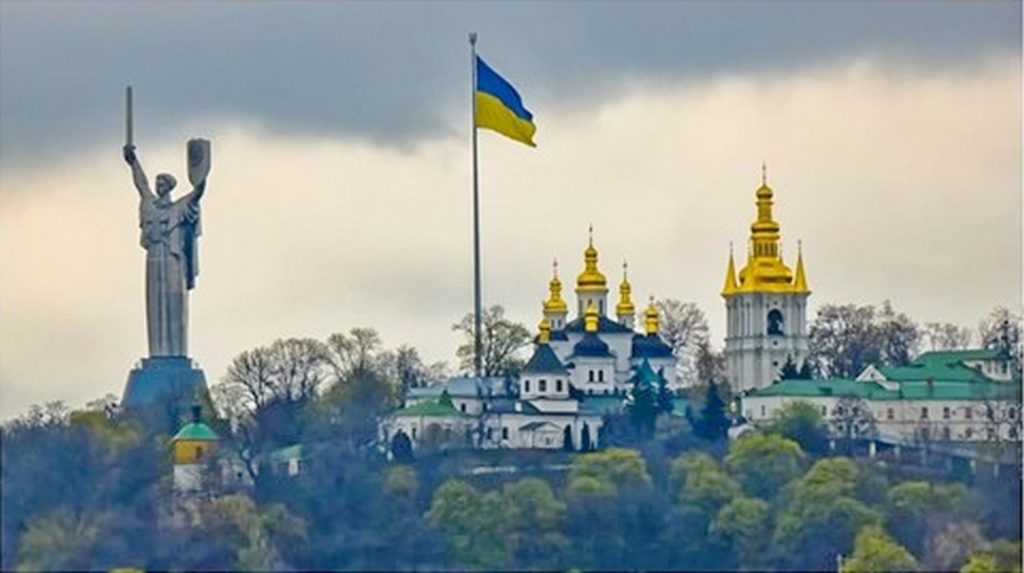 After 93 days of war, the Ukrainian Orthodox Church-Moscow Patriarchate (UOC-MP) has definitively broken with Russia—maybe.

In a council decision taken May 27, the Russian Orthodox Church (ROC)–affiliated body declared its “full self-sufficiency and independence,” condemning the three-month conflict as “a violation of God’s commandment: Thou shalt not kill!”

Such a condemnation was not new. The day the invasion began, UOC-MP Metropolitan Onufriy called it a “repetition of the sin of Cain.” But in dry ecclesial language, the statement dropped a bombshell.

Chrism, the anointing oil of baptism and other liturgical rites, was last made in Ukraine in 1913. Its manufacture is a typical sign of autocephaly, the self-governing of an Orthodox church branch.

Continuing the tone, the UOC-MP reiterated its position.

“We express our disagreement with … Patriarch Kirill of Moscow and All Russia,” it stated of the ROC head, “regarding the war in Ukraine.”

In 2018, the breakaway Orthodox Church of Ukraine (OCU) was granted autocephaly by the Ecumenical Patriarch of Constantinople, Bartholomew I. Rejected by Kirill and the UOC-MP, the act formalized the national schism. (A much smaller third Ukrainian Orthodox church joined the OCU.)

The UOC-MP council’s Friday statement continued to echo the ROC rejection. OCU bishops lack apostolic succession, it said, while overseeing the forcible seizure of churches to transfer jurisdiction. The UOC-MP stated a willingness to dialogue with the OCU if these dividing issues could be addressed.

And then, it symbolized division.

The next day during Holy Liturgy, Onufriy referred to Kirill as a fellow primate, not as his hierarch (superior). No mention was made of any connection to the ROC Moscow Patriarchate.

Andrey Shirin said these “unheard of” developments were “truly remarkable.”

“The ongoing war in Ukraine is a crisis on several levels—political, economic, humanitarian,” said the Russian associate professor of divinity at the John Leland Center, a Baptist seminary in Virginia. “This is another chapter in the theological crisis.”

The consequences could be felt “for centuries.”

Onufriy had been trying to keep a middle ground, Shirin said. UOC-MP spokesperson Archbishop Kliment confirmed Saturday there had been pressure from the Ukrainian government to make such a move, but told Agence France-Presse the decision was driven by common worshipers. A poll at the start of the war found 65 percent of UOC-MP members supported Onufriy against the invasion. And in recent weeks, hundreds of UOC-MP priests signed an open letter calling for Kirill to face a religious tribunal.

The Moscow patriarch’s esteem among his Ukrainian flock dropped below 20 percent, down from 50 percent a decade earlier.

Kirill could declare the statement void, Shirin said, and perhaps move to replace Onufriy with a more pliable leader in Ukraine. Or he could try to work with his Kyiv counterpart to preserve whatever unity possible.

Kirill’s first response suggests the latter, said Shirin. Announcing his “full understanding” that Onufriy and his church “should act as wisely as possible today so as not to complicate the lives of their believers,” Kirill warned Sunday against the “spirits of malice” that seek to divide the Orthodox people of Russia and Ukraine.

“The UOC-MP is in a much worse position now than it was in 2018,” said the Ukrainian priest and professor at Stockholm School of Theology. “Society affords it zero trust, many people openly hate it, and those who remain members must continually apologize.”

The only way out is dialogue with the OCU, Hovorun said, which hardline bishops in both churches might try to block. But despite the appearance of an ultimatum, the UOC-MP statement might be an overture.

“There is now a new opportunity for Orthodox unity in Ukraine,” he said. “The May 27 meeting created momentum.”

But for Roman Lunkin, momentum is in the opposite direction.

“The partition of Ukraine has happened,” said the head of the Center for Religious Studies at the Russian Academy of Science. “What was evident at the start of the special operation has now officially taken place in the church sphere. Logically, it will now follow politically.”

Ukrainian President Volodymyr Zelensky has insisted that peace negotiations begin after restoration of his nation’s sovereign borders. The UN stated 14 million Ukrainians have been displaced from their homes, with 6.6 million refugees now abroad.

Lunkin noted the UOC-MP stating it would respond by establishing dioceses outside Ukraine. But internally, bishops would be given independent authority to guide the church where central leadership is “complicated.”

Lunkin interpreted this simplifying of spheres of influence to mean that churches in occupied areas will be able to determine their own status—meaning de facto governance by the ROC.

But is it even a schism?

It may be difficult to tell, noted OrthoChristian.com, until the adopted amendments are revealed. But Nikolai Danilevich, deputy head of the UOC-MP’s Department for External Church Relations, stated Friday on Telegram that as it “disassociated” from the Moscow patriarchate, “in its content, the UOC-MP statutes are now those of an autocephalous church.”

“He used odd phrases rather than declaring autocephaly,” said the American archpriest and retired seminary dean in the Russian Orthodox Church Outside Russia. “Dating back to the earliest centuries of Christianity, canon law makes impossible the unilateral pronouncement of independence by any segment of the Orthodox church.”

Archbishop Kliment, who lauded the declaration, elsewhere stated that the UOC-MP did not actually break ties with the ROC. In fact, the church has already been independent for three decades. In 1990, prior to Ukrainian independence from the Soviet Union, the Moscow patriarchate granted self-governorship under its jurisdiction.

ROC spokesman Vladimir Legoyda said Saturday the church has received no formal notice from the UOC-MP. Reportedly, half of UOC-MP dioceses had already stopped mentioning Kirill in their formal prayers.

But at least one significant site has continued. One day after the UOC-MP changed its statutes, a deacon in the Kiev Monastery of the Caves, founded in 1051, prayed for “our great lord and father, His Holiness Patriarch Kirill,” followed by a benediction for Onufriy.

Following Constantinople’s granting of autocephaly to the OCU, a 2018 survey found that 29 percent of Ukrainians identified with the newly independent church, 23 percent said they were “simply Orthodox,” and 13 percent belonged to the Moscow-linked UOC-MP.

By 2020, the figures had shifted to 34 percent OCU, 14 percent UOC-MP. And last month, 74 percent of Ukrainians expressed support for the UOC-MP to sever ties with the ROC (up from 63 percent in early March), with 51 percent supporting an outright ban.

More than 400 parishes have switched allegiances since the invasion.

“However egregious or unjustifiable an internecine Orthodox war may be,” he said, “we cannot allow it to fracture the body of Christ.”

“The way forward lies within the church’s own gospel, which teaches that healing starts with the humility of self-criticism,” said the author of The Evangelical Theology of the Orthodox Church. “It is summed up in their famous prayer: ‘Lord Jesus Christ, Son of God, have mercy on me, a sinner.’”

Share. Twitter Facebook Pinterest LinkedIn Tumblr Email
Previous ArticleEcumenical Patriarch: There are voices from the monastic world, questioning the structure of the Church
Next Article JOIN us via ZOOM on June 5 at 7 pm Eastern: Enhancing Orthodox Christian Unity – An IOPA Program Update for Orthodox Christian Laity