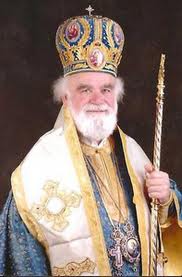 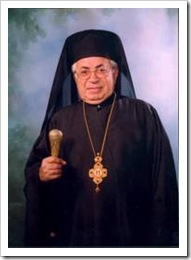 The invitation and the concelebration are symbolic of efforts being made within the Orthodox Christian Church in the United States to work together in a more unified way.   Canonical Orthodoxy is defined by geography rather than by ethnic groupings.  It is appropriate for Orthodox Bishops of the Southern Region to serve together.

In his homily, Metropolitan Alexios noted, among other messages, the work and progress of the Assembly of Canonical Orthodox Bishops in North and Central America.  The bishops have been working together to develop a blueprint for a unified Orthodox Christian Church in the USA.  He remarked that the Bishops are working to find ways they can be united in America.  Presently, the Church is administratively divided, and as Orthodox Christians we live in division.  Christians who are not Orthodox see us as divided as if we were Protestants.  People think that Orthodoxy is composed of many different Orthodox sects. His Eminence recognized all of the priests of the many Orthodox groupings who participated in the celebration of Theophany.  The celebration at St. Catherine’s was an opportunity for all Orthodox, of whatever grouping, to celebrate together and to show the world we are one.

It is our hope that next year bishops of all the Orthodox Jurisdictions will be invited to concelebrate together at St. Catherine’s in West Palm Beach.

It should be noted that His Eminence Alexios and His Grace Antoun do indeed have a unified working relationship as Orthodox Hierarchs of the South.  They worked together to bring together two Orthodox Christian parishes – one Greek and one Antiochian – to form a new parish in northeastern Tennessee.   On Pentecost 2013, Christ the Savior Church was created from Holy Resurrection (AOCA) in Johnson City and Holy Trinity (GOA) in Bluff City.   The parish is served by Fr. Stephen Mathewes.   As the Assembly of Bishops moves ahead to find creative regional relationships, they have the pilot and model that these two Southern Hierarchs developed.   The experience of the Tennessee merger shows us all that the laity needs to be part of the creative processes that are necessary to bring about unity of the Orthodox in the USA.