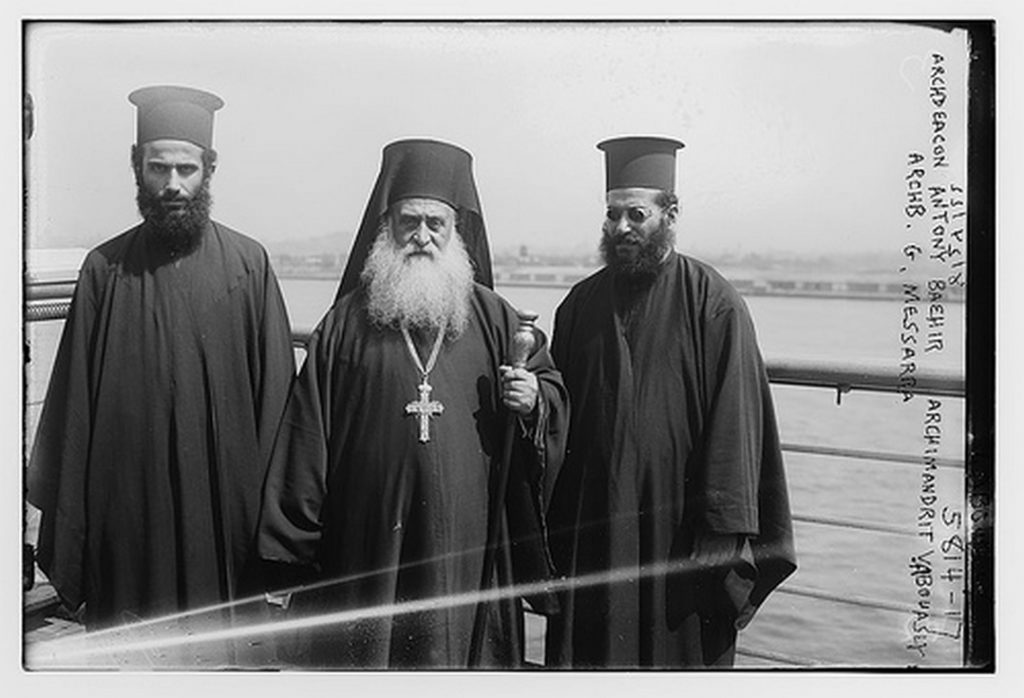 Archdeacon Antony Bashir, Metropolitan Gerasimos Messara, and Archimandrite Victor Abo-Assaley upon their arrival in America in 1922

The recent retirement of Metropolitan Joseph has left the Antiochian Archdiocese of North America without a primate. In the coming months, the Archdiocese will undoubtedly hold a special convention to nominate candidates to be the next Metropolitan, and then the Holy Synod of Antioch will elect one of those nominees. Remarkably, this will be just the fifth election of a Metropolitan in the 100-year history of the Archdiocese (which was established in 1923). Today, we’ll review the previous four elections.

Prior to 1923, the Patriarchate of Antioch did not have an official presence in North America. St Raphael Hawaweeny established the Syro-Arab Mission under the Russian Church in 1895, and after his consecration as a bishop in 1904, he was ambiguous about his relationship with Antioch, on the one hand referring to his structure as a vicariate of the Russian Archdiocese, on the other calling it a “diocese of Antioch.” For a longer discussion about the ambiguous status of St Raphael and his vicariate/diocese, see my article “Who was St. Raphael under – Antioch or Russia?” (continued)