The Orthodox theologian who once taught at an evangelical school warns that Russia’s invasion of Ukraine should worry Americans who care about religious freedom. 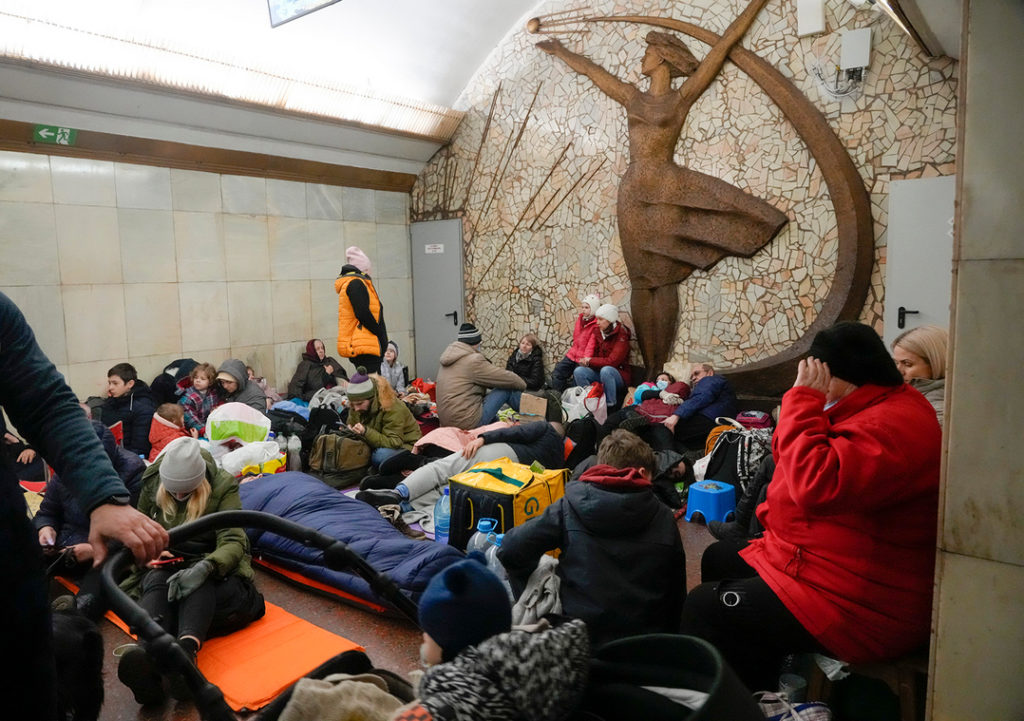 People gather in the Kyiv subway, using it as a bomb shelter, in Kyiv, Ukraine, Friday, Feb. 25, 2022. Russia is pressing its invasion of Ukraine to the outskirts of the capital after unleashing airstrikes on cities and military bases and sending in troops and tanks from three sides. (AP Photo/Efrem Lukatsky)

(RNS) — The news that Russian troops had invaded Ukraine was of deep concern for Bradley Nassif, a theologian and expert on Orthodox-evangelical dialogue who spent years as a tenured professor of religion at an evangelical university.

Nassif, author of “The Evangelical Theology of the Orthodox Church,” spoke with Religion News Service about the crisis in Ukraine, how Orthodox Christians in the U.S. are responding and why events in Ukraine should concern Americans.

The conversation was conducted by email and has been edited for clarity.

How is this news from Ukraine affecting Orthodox Christians in the U.S. — what have you heard? 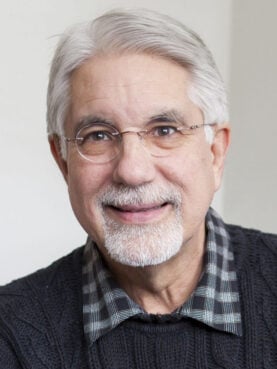 The Council of Bishops of the Ukrainian Orthodox Church of the USA believe the Russians want complete domination of the land and its resources. Under the guise of the “Soviet Union,” Russia wants not only the rich natural resources of Ukraine, but also a buffer zone between itself and the Western world. These are also largely the sentiments of the Ukrainian American people.

Is there concern for the church in Ukraine?

Yes. The Council of Bishops of the Ukrainian Orthodox Church of the USA have directed all their clergy to pray specifically for the situation. Ukrainian families in America are profoundly worried about their relatives, as well as Ukraine itself. Communication, however, has been difficult or blocked. Ukrainian immigrants are shoring up their support for family members there through financial donations and organized demonstrations. I’m hearing some calling for President Biden to go beyond sanctions and use military force to defend democracy in Ukraine.

What should Americans know about how this conflict could affect religious people in Ukraine?

There are some Americans — in particular, some evangelicals — who are taking a “who cares?” response, or, in some ways, are supportive of Russia — what would you say to them?

Evangelicals who take a “who cares?” attitude to what’s going on now in Ukraine will be in for a big surprise once the dust settles. One needs only to look at what the Russians did to evangelicals after they annexed the Crimean Peninsula from Ukraine in 2014. Evangelicals may well face similar governmental penalties for church gatherings, preaching and evangelistic campaigns. The growing concern is over evangelicals who allegedly “sheep steal” members of the Orthodox Church into their own Protestant ranks.

Share. Twitter Facebook Pinterest LinkedIn Tumblr Email
Previous ArticleHoly Cross Greek Orthodox School of Theology to Offer Paschal Series
Next Article Ukrainian Orthodox Vicariate in Romania: We are together in prayer with all the citizens of Ukraine