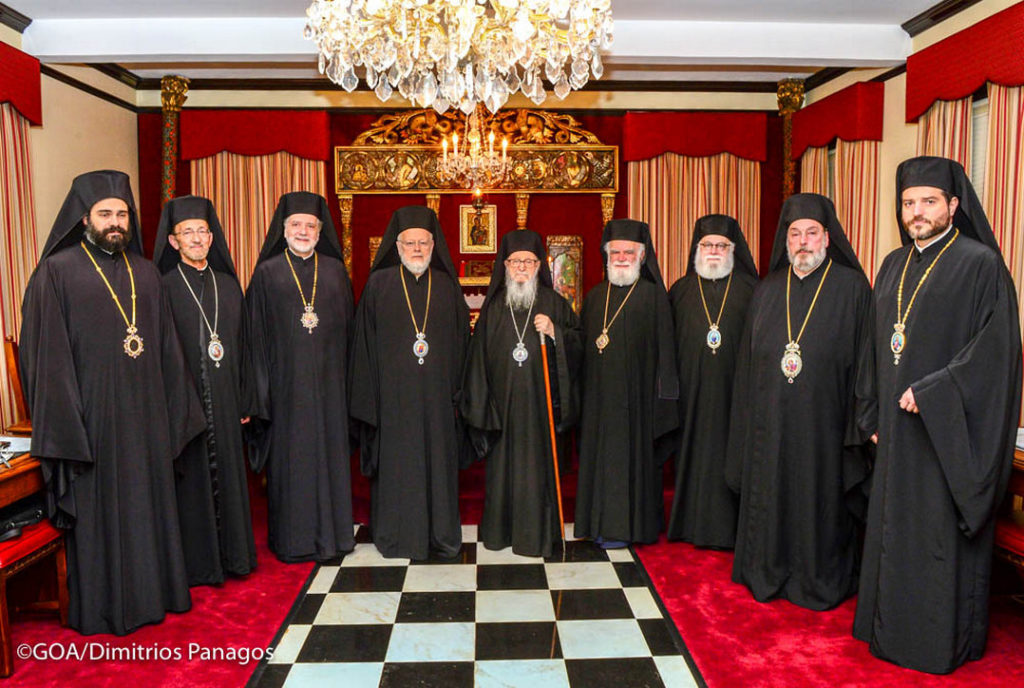 The Holy Eparchial Synod of the Greek Orthodox Archdiocese of America convened for its regular scheduled meeting in the Synodal Chamber at the Archdiocesan headquarters on April 9 and 10, under the presidency of His Eminence Archbishop Demetrios of America and with the participation of the Members of the Synod and deliberated on the following:

1) Educational matters:  The Synod dealt with the course and direction of Hellenic College and Holy Cross Greek Orthodox School of Theology in Brookline, Massachusetts, made serious decisions and took important measures for the recovery and progress of these educational institutions.

2) Youth matters: The Members of the Holy Eparchial Synod exchanged views on matters concerning the Youth and in particular in reference to the application of protective measures for the Youth; and also the formation and organization of new camp programs.

3) Administrative and Canonical matters:  The Synod discussed matters pertaining to the salary and pension of the holy clergy, and decided to take measures following proposals of relevant bodies; it also approved the ordination of a new clergyman.

4) Inter-Orthodox matters: Reference was made and discussion took place on the course of Inter-Orthodox and Ecumenical operations of the Holy Archdiocese of America.

5) Liturgical matters: The Holy Eparchial Synod received the texts of the English translations of the Holy Services of Orthros and Vespers which it will study and process. The Synod also dealt with an existing electronic publication of liturgical texts.

6) Financial matters: The Members of the Holy Eparchial Synod were informed about the progress made at the Holy Archdiocese. They were also informed on the developments and the actions taken related to the rebuilding of the Saint Nicholas Greek Orthodox Church and National Shrine at Ground Zero.

As was the case with past sessions of the Holy Eparchial Synod, during the break of the morning session and following an invitation, Archon George Anderson updated the Members on general and specific matters on safety issues regarding the buildings and people of the Holy Metropolises of the Holy Archdiocese of America. In the evening of the same day and at around 6:00 pm, the Holy Eparchial Synod completed its session with a prayer and their Eminences exchanged wishes for the remaining of the Lenten period and Pascha, and departed for their respective holy Metropolises.

The Office of the Chief Secretary