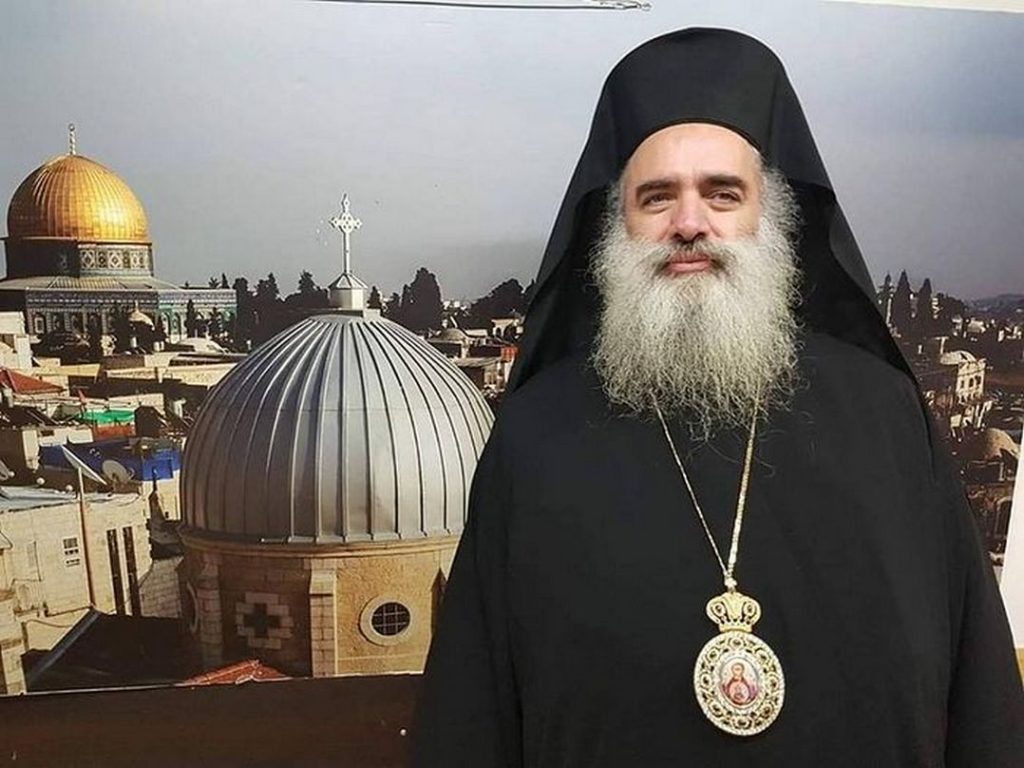 [Jerusalem] His Eminence Archbishop Theodosios (Hanna) of Sebastia has some choice words for the U.S. State Department.

It was noticed in late August that the “Palestinian Territories” had been removed from department’s list of countries and areas in the Middle East. The current version of the department website only mentions Palestine in the context of the Trump administration’s peace efforts, reports the Times of Israel.

While the State Dept. claimed, “the website is being updated. There has been no change to our policy,” it was also noticed that the Palestinian Territories were the only listing removed from the Bureau of Near Eastern Affairs page, and the move has caused quite a stir in the local media and an uproar among Palestinian officials.

And Abp. Theodosios, known as a vocal supporter of Palestine and Palestinian rights, has responded quite forcefully as well. The State Dept. can remove Palestine, he said, but they cannot cancel Palestinian national rights.

“They have written off Palestine at the U.S. State Department, but no one will be able to remove Palestine from the ground. It exists and will survive whether the U.S. administration wants it or not,” the hierarch, only the second Palestinian archbishop ever in the Greek-dominated Jerusalem Patriarchate, said in a press release on Monday.

The move means nothing to Palestinians, “except that it clearly indicates the stupidity of this U.S. administration, which is acting rudely, arrogantly and unprecedentedly hostile to our Palestinian people,” Abp. Theodosios added.

“The Palestinians exist and they do not need the testimony of Trump and his State Department … and no one in this world has the right to ignore our existence and justice of our cause and the struggle of our people for freedom,” he said.

“Those who do not recognize us but are blinded by hate will not negate our presence. We exist and we will remain, and the Palestinians continue in their struggle for freedom,” the Archbishop concluded.

Abp. Theodosios has also opposed the State Department’s project in Ukraine via the Patriarchate of Constantinople. In August of last year, he declared that the Jerusalem Patriarchate, as every Orthodox Church in the world, recognizes the Ukraine as the canonical territory of the Russian Church, not of Constantinople, and in October he called upon the primates of the Orthodox world to intervene and help settle the dispute, which unfortunately did not happen.