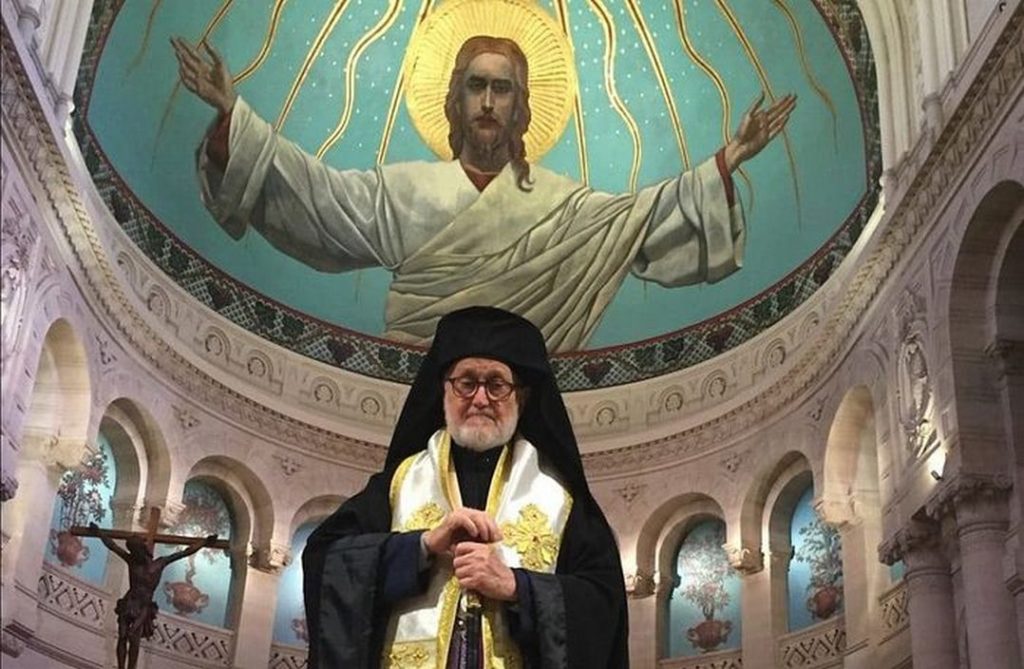 [PARIS] On August 31, the central office of the Archdiocese of Russian Churches in Western Europe issued a communiqué in preparation for its upcoming General Assembly on September 7, outlining three points to be discussed as proposed by the Archdiocesan Council.

The three points were:

In its own communiqué released the same day, the Patriarchate of Constantinople announced that His Eminence Archbishop John of Chariopoulis, the hierarch of the Archdiocese of Russian Churches in Western Europe, is no longer considered a bishop of the Patriarchate, and is free to join whichever Local Church he desires.

The Patriarchate also declared that Abp. John is thus “released from the care of the parishes of the Russian Tradition in Western Europe,” which are therefore now governed by Constantinople’s Greek hierarch in whatever area they are located.

Recall that the Holy Synod of the Patriarchate of Constantinople suddenly and unexpectedly revoked the Archdiocese’s status as an exarchate in November, though the clergy and laity of the Archdiocese later voted to remain together as an ecclesiastical body. Since then, they have been exploring various options, such as joining the Romanian Patriarchate, the Russian Orthodox Church Outside of Russia, the Orthodox Church in America, or the Moscow Patriarchate.

In response to the Patriarchate’s latest unexpected decision, the Archdiocese released another communiqué today, stating that the Patriarchate’s decision modifies the list of alternatives to be considered by the Assembly, and thus the “option relating to the study of a new ecclesial structure for the Archbishopric within the Patriarchate of Constantinople is rendered null and void.”

The statement also notes that Abp. John had not asked for a canonical release from Constantinople, and that the General Assembly will go ahead as planned on September 7.

Given the new situation, Fr. Ashkov also asked that his proposal be withdrawn from consideration, though hoping it could be considered at a later date.

Of the aforementioned possibilities, it became clear for a variety of reasons that the only viable option is to join the Moscow Patriarchate, which Abp. John has publicly thrown his weight behind. The Patriarchate offered to receive the Archdiocese as is, allowing it to preserve its liturgical and administrative structure.

In his letter to Abp. John, published on the site of the Greek Metropolis of France, Pat. Bartholomew explains that, despite the fact that he never requested a canonical release, Abp. John was released “solely on a personal basis,” because he had publicly expressed his desire to see the Archdiocese reunite with the Moscow Patriarchate, its Mother Church.

Further, Abp. John also published a report of his meeting with Pat. Bartholomew on August 17 in which the Patriarch and another hierarch urged Abp. John not to hold the General Assembly on September 7, reiterating that the only option for the Archdiocese within the Patriarchate is to apply the Synod’s November decision that abolished the Archdiocese’s status as an exarchate and demanded that all the parishes become subject to their local Greek Metropolitans.

Abp. John refused to cancel the Assembly, noting that the clergy and laity of the Archdiocese had voted in an overwhelming majority to remain together and were eagerly awaiting the Assembly, to decide their fate. He also told Pat. Bartholomew that the sudden and unexpected abolition of the 1999 tomos that established the Archdiocese as an exarchate seriously damaged his credibility.

At the same time, Abp. John assured Pat. Bartholomew that he still considered him his canonical primate and promised to keep him abreast of the events of the upcoming Assembly.

At the end of the conversation, Pat. Bartholomew offered Abp. John a prayer rope and said: “Keep in touch,” to which Abp. John answered: “Of course, Your Holiness, we will keep in touch.”

Less than two weeks later the Patriarchate released Abp. John without prior notice.