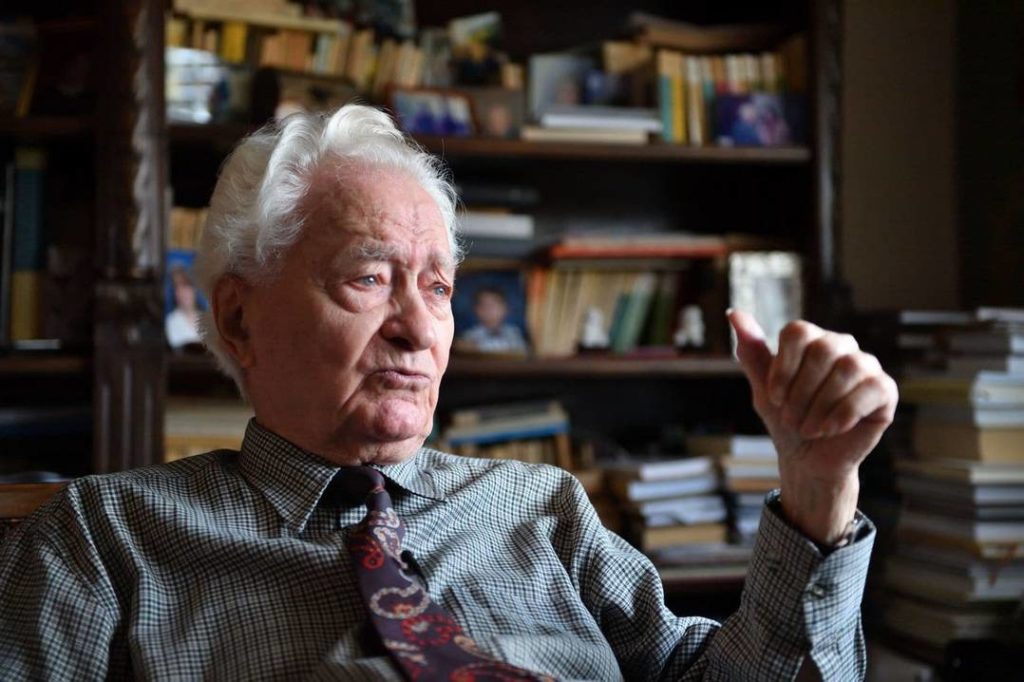 As a fifth of Romania’s capital was destroyed, razed by bulldozers and wrecking balls that sometimes erased all traces of a building overnight, the residents of Bucharest developed a new term for the mutilation of their city in the early 1980s.

Worse than World War II, more devastating than a strong 1977 earthquake, the massive redevelopment project was dubbed Ceausima, a portmanteau that evoked the name of communist dictator Nicolae Ceausescu — who aimed to build the “first socialist capital for the new socialist man” — and the atomic bombing of Hiroshima.

Yet as the demolition got underway, Eugeniu Iordachescu, an engineering professor who also worked for the city government, found himself drawn to a small Orthodox church named Schitul Maicilor, or the Nuns’ Hermitage. Built around 1726, it was one of many churches headed for destruction, and “a jewel that had to be saved no matter the cost,” Dr. Iordachescu later told the Agence France-Presse.

Puzzled by how to rescue the building, Dr. Iordachescu racked his brain for months until, as he put it, “God enlightened me.”

Using a system inspired by “the waiter who carries glasses on a tray without spilling a drop,” he devised a method in which a concrete “tray” was placed under the building’s foundations, the church was lifted with hydraulic jacks, and winches and electric trolleys were used to roll it along a set of rails. Like a train slowly making its way down the tracks, the church was moved more than 800 feet, given a new home in 1982 behind what is now the headquarters of the Romanian Intelligence Service.

Dr. Iordachescu, who became known as “the engineer of heaven” and Romania’s “guardian angel of churches” for rolling nearly 30 buildings to safety — including a dozen churches, a bank, a hospital and several apartment buildings, complete with gas and water lines — was 89 when he died Jan. 4. 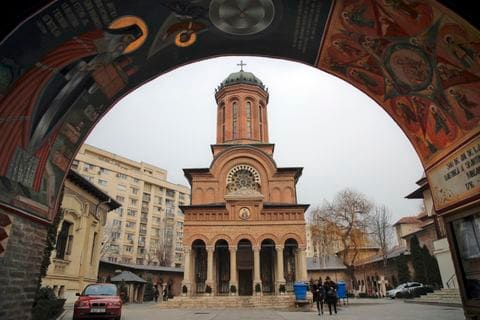 Among the nearly 30 buildings that Dr. Iordachescu rolled to safety was the Antim Monastery in Bucharest, built in the early 18th century. (Vadim Ghirda/AP)

His death was announced by the Romanian Orthodox Church, which had previously awarded him its highest honor for laypeople, but did not say where or how he died. A daughter-in-law, Ligia Iordachescu, told the Associated Press the cause was a heart attack.

While historic buildings were sometimes disassembled for relocation, there were few models for Dr. Iordachescu’s massive moving operations, which extended from Bucharest to include several structures across the Romanian countryside. Less than a decade earlier, the eight-story Cudecom building in Bogota was moved 95 feet along steel rollers — a migration that, while significant, paled in comparison to Dr. Iordachescu’s feats of engineering wizardry.

“We were awestruck at those operations, comparing them with the landing on the moon for a country like Romania,” Valentin Mandache, an architectural historian who saw several of the church rollings, told the Guardian in 2016.

[Nicolae Ceausescu, who ruled with an iron grip, is executed]

Dr. Iordachescu’s work occurred as Ceausescu instituted a nationwide redevelopment project known as systematization. Inspired in part by a trip to North Korea, the communist leader sought to modernize Romania by rebuilding entire villages and towns, installing drab apartment blocks and, in Bucharest, erecting a colossal palace named the House of the Republic, now home to the country’s Parliament and dubbed the People’s House. 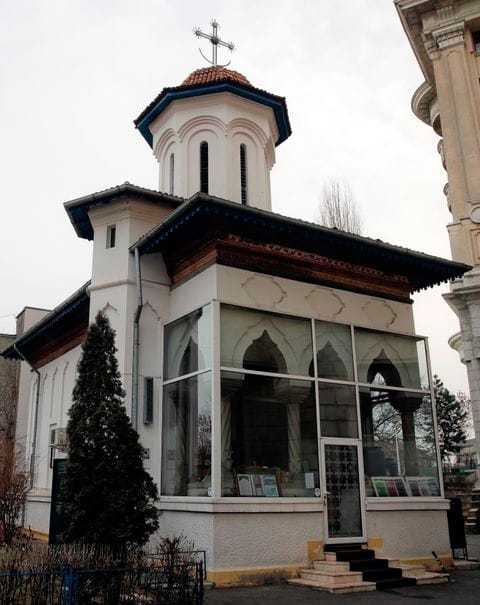 Dr. Iordachescu described the Schitul Maicilor, or Nuns’ Hermitage, as “a jewel that had to be saved no matter the cost.” (Vadim Ghirda/AP)

Since coming to power in 1965, Ceausescu had tolerated but maintained a strict control on the Romanian Orthodox Church, whose leaders maintained a cozy relationship with the regime and listed Ceausescu’s birthday on the church calendar. With systematization, the dictator made relatively little effort to spare church buildings and sometimes seemed to target them directly. Dr. Iordachescu later counted 29 churches and other religious structures that were demolished as part of Ceausima.

“The sight of a church bothered Ceausescu,” Alexandru Budisteanu, the former chief architect of Bucharest, told AFP. “It didn’t matter if they demolished or moved it, as long as it was no longer in sight.”

[Before his demise, Ceausescu was Eastern Europe’s last important link to communism’s Stalinist past]

For Dr. Iordachescu, who often spoke of being guided by the divine, the churches were sources of religious and historic significance, centuries-old community centers that offered solace in a city that was increasingly devoid of color, charm and links to the past. One of the city’s oldest buildings, the Mihai Voda Monastery, was built in the 1590s and relocated some 950 feet.

Another structure, the Synodal Palace, weighed 9,000 metric tons, or nearly 20 million pounds, but was lifted onto the rails and moved a few feet each day before settling into place in the shadow of a tall apartment building. Dr. Iordachescu’s team finished the job in subzero temperatures to meet a deadline from the state, he said in a church documentary, but was forced to demolish a portion of the building after Ceausescu’s wife, Elena, insisted it was still visible from the street.

Nonetheless, the Romanian government paid for each of the relocation projects — perhaps allowing them to go forward, Dr. Iordachescu once suggested, because of critical news coverage in the West. “When I see the churches today,” he told the Guardian, “I still can’t believe it.”

[Michael I, last king of Romania and a Cold War exile, dies at 96]

Dr. Iordachescu was born in the eastern Romanian city of Braila on Nov. 8 or 9, 1929; sources vary on the precise date. He graduated from the Bucharest Institute of Civil Engineering in 1953, according to a biography by AGIR, a Romanian engineering society, and in 1984 received a doctorate in engineering.

He was married and had two sons. A complete list of survivors was not immediately available.

Dr. Iordachescu continued his teaching and engineering work in the years after the Romanian Revolution, which concluded in December 1989 with the execution of the Ceausescus and a grisly announcement on Romanian national radio: “Oh, what wonderful news on this Christmas evening. The Antichrist is dead.”

At the time, Dr. Iordachescu was still wrapping up his final relocation project, ensuring St. Stephen’s Church, some 200 years old, arrived at its new home unscathed, like all the other churches he had rolled into place.

Related Articles
Moving a 7,600 ton apartment building to create a boulevard in a Romanian town, 1987
VIDEO: How churches were lifted to safety in communist Bucharest