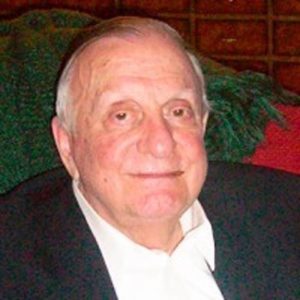 He is a graduate of Minneapolis West High School. After graduating from the University of Minnesota with an electrical engineering degree, and completing the NROTC program, he was commissioned into the Navy as an officer. He served on the cruiser USS Wilkes Barre in the Pacific during World War II. In 1950, he was recalled to the Navy, serving during the Korean War aboard the destroyer USS Preston. Archon Harry was a lifelong employee and worked for over 38 years at what became XCEL Energy. He had a distinguished and successful career in multiple leadership positions at the company. He retired at age 65 as the CFO. After retirement, he was an active private investor into his early 90’s. Archon Harry and his wife Angie spent their winters in Naples, Florida. He was active in the Edina Rotary, and over the years served on many philanthropic and corporate boards, both public and private.

Archon Harry was invested as an Archon on October 16, 2011. He was an exemplary Archon of the Great Church of Christ, a philanthropist, a strong advocate for the religious freedom of the Holy Mother Church, and a faithful servant leader in his parishes, in both Minneapolis, Minnesota and Naples, Florida.

Orthodox Christian Laity mourns the falling asleep in the Lord of Founding Member, Harry Spell of Edina, Minnesota.   May his memory be eternal!   He served on the OCL board and advisory board from 1990 until 2017.  He joins his good friends of blessed memory, Dr Andrew Kopan, Anthony Andrikopoulos and his brother-in-law John Pappas, all founding members.   Harry and his surviving gracious wife of 65 years, Angie, are dedicated to the Orthodox Christian Church in the USA and have spent a lifetime working to advance its missionary outreach and the publication of books explaining the faith.  In 2011 Mr. Spell was recognized for his philanthropic contributions and service to the Church and was inducted as an Archon of the Ecumenical Patriarchate.  His example inspires us to work together for the good order of the Orthodox Christian Church.