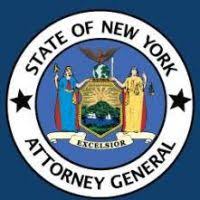 BOSTON – On Friday March 30, a Grand Jury was formed to investigate the subject of the finances of St. Nicholas Greek Orthodox Church and National Shrine at the World Trade Center.

The New York State Attorney General will also undertake an investigation of the Archdiocese finances.

The aforementioned Authorities have already informed the Archdiocese and have subpoenaed all documents and information in printed and electronic form, including e-mails and text messages, and everything related to these two cases.

On March 30, the Legal Committee of the Archdiocese, chaired by Mrs. Kathy Walsh, held an extraordinary teleconference and discussed the issue. The video conference was also attended by Mr. Tsandikos.

Two lawyers have already been recruited, one for the Church of Saint Nicholas, and the other for the finances of the Archdiocese and Mr. Dimitriou.