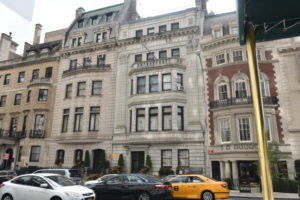 The new budget was approved by the Executive Committee of the Archdiocesan Council and it will be presented to the 44th Clergy Laity Congress of the Archdiocese which will be convened in Boston from July 1-5.

This is the first time the Archdiocese has constructed a “real world” budget, from the ground up, that reflects the true and accurate revenue and expenditure profile of the Archdiocese.

The 2018 “balanced budget” projects a surplus of $1.9 million that will be used to repay the Archdiocese legacy obligations. There is also a budgeted $1.3 million “contingency” for unbudgeted and/or unexpected expenses.

If this “contingency” is not used, then the $1.3 million will be additional funds available to repay the Archdiocese legacy obligations.

Please reflect on where the Archdiocese was in August 2017, prior to the $8 million of effected/completed cost reductions and the implementation of protocols and governors on overall spending, and what it has achieved now from a financial stand-point.

It is also significant the fact that the Archdiocese “froze” revenues/assessments to Parishes at 2017 levels, therefore this surplus was not achieved by increasing the burden on Parishes.

Prominent businessman Michael Psaros who is leading the efforts for the purge and reconstruction of the finances of the Archdiocese played a pivotal role in drafting the new budget along with the efforts of Lazaros Kircos Chair of the Finance Committee, Elaine Allen Chair of the Audit Committee, Fr. Soterios- Chief Financial Officer, and Bishop Andonios of Phasiane- Chancellor of the Archdiocese.

Read the 2018 Adopted Budget (click on the image to read it in PDF format): 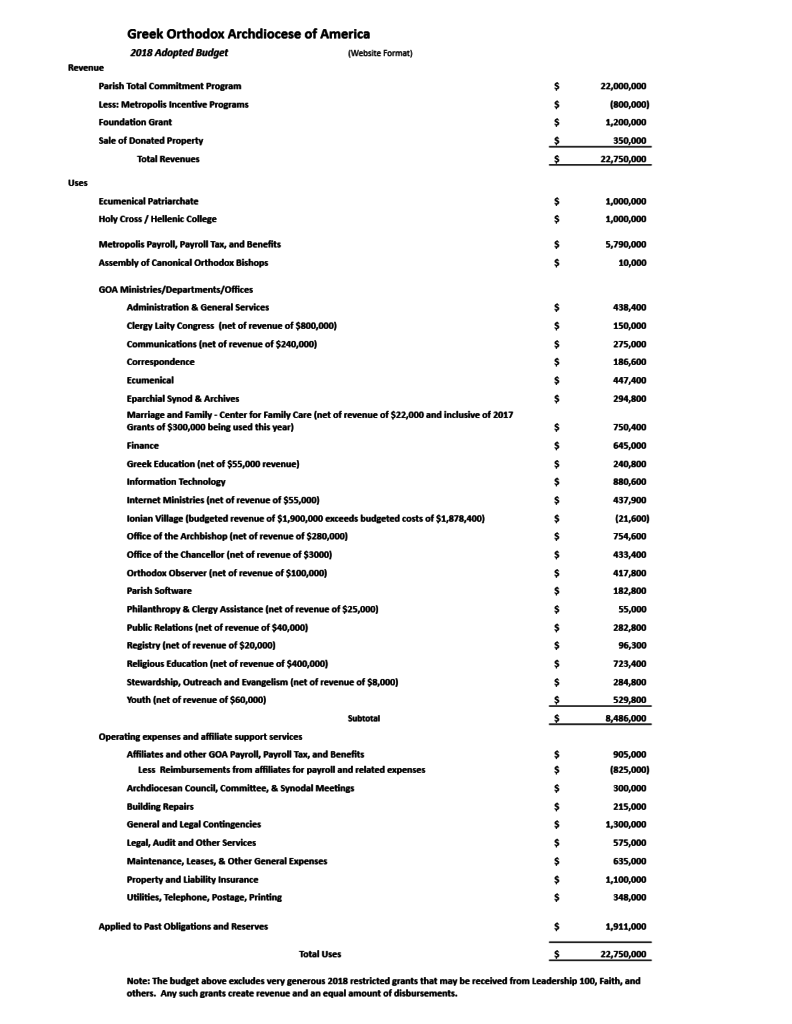