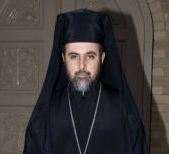 The Greek Orthodox Church would never sweep abuse allegations under the carpet, a Victorian inquiry has heard.

The church has a rigorous process for dealing with misconduct complaints, including reporting criminal behaviour to police, but it has never been tested in an allegation of child sex abuse, the parliamentary inquiry heard on Friday.

Church groups The Salvation Army and the Jehovah’s Witnesses told the inquiry on Thursday they felt it was a victim’s responsibility to report abuse to police.

The Greek Orthodox Archdiocesan Bishop Iakovos of Miletoupolis said the church informed police when complaints of a criminal nature were made.

But there was no record of an abuse complaint having ever been made.

“The church would never seek to cover up or sweep under the carpet anything serious,” he said.

He said there may be a reluctance for people to come forward out of embarrassment or fear.

In other submissions the inquiry has heard, organisations’ records have been poorly kept and were incomplete.

The Greek Orthodox Church kept records of its clergymen and complaints against them, Bishop Iakovos said.

It has defrocked two ministers following investigations into complaints but neither related to child sex abuse.

In one case, a priest had been keeping the fees paid for marriage licences.

If a serious complaint was made the church would establish a board to investigate the claim, Bishop Iakovos said.

“If there is any criminal element the authorities are notified of course,” he said.

The parliamentary inquiry into the handling of child abuse by religious and other organisations continues.