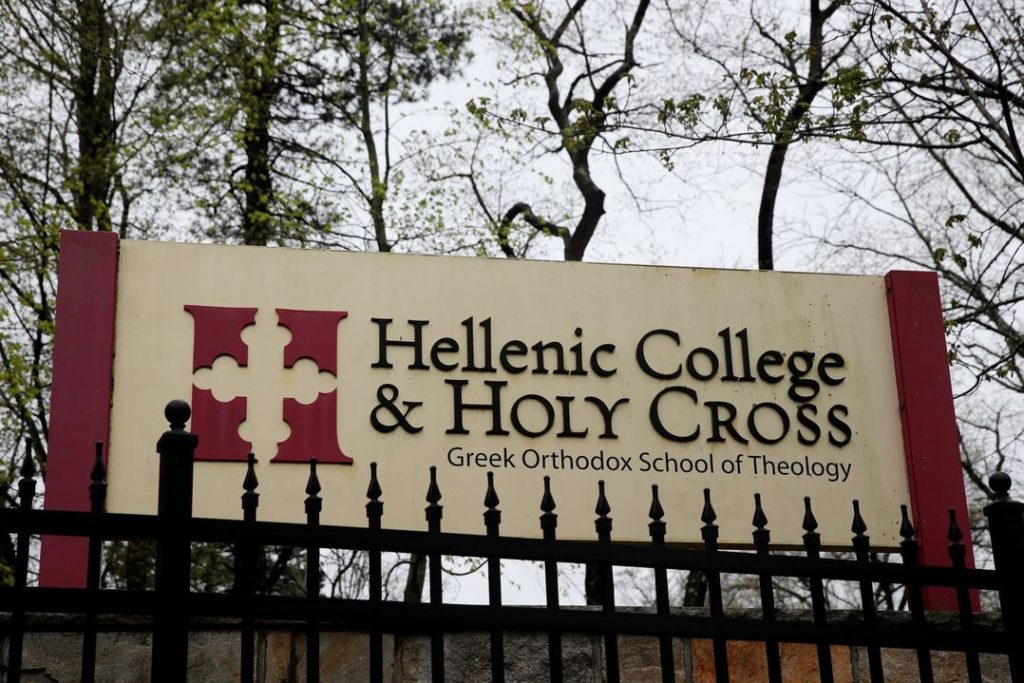 Hellenic College Holy Cross has been running an operating deficit for nearly eight years, has borrowed money from its endowment, and suffers from declining enrollment and poor planning, the state said. (CRAIG F. WALKER/BOSTON GLOBE STAFF)

The National Herald readers have known for some time that the situation at the School of Theology (and Hellenic College) in Boston is not sustainable.

But the news that Archdiocesan officials were forced to dismiss the clergy-president of the School just a few days before Easter made it abundantly clear that they were acting under acute panic.

Anticipating the worst (after everything we have witnessed thus far), we moved to explore what might have being the real reason for removing him just before Easter.

There were two prevailing schools of thought about what was really going on:

First, a major financial scandal had come to the attention of the state officials, or second, there was an immediate risk of the School losing its accreditation and diploma granting authority, that is to say, a danger of the school shutting down, or both.

It seems to be the second. This is what the Herald – yes, we were the first to break the story – and what the Boston Globe published on Wednesday.

It appears that the financial situation is so dire and the quality of the education offered to the School’s students so inadequate that the authorities of the State of Massachusetts have warned them, perhaps for the last time, that if they do not take any serious steps to correct the problems, they will revoke their license. Thus, the leaders of our Church, under the pressure of negative publicity, and the warning from the authorities … took the necessary steps: they removed the current president and appointed an “interim” one, a man who is … a ‘turn-around’ expert in the area of schools of theology facing serious academic and financial problems… And who else was more qualified for the job than Methodios, the Metropolitan of Boston.