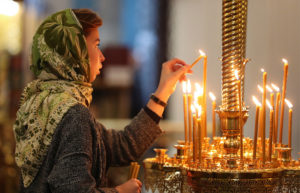 “Of course, certain moves aimed at church schisms are bound to neither be supported nor welcomed,” the Kremlin spokesman told reporters. In light of that, he recalled the stance of the Russian Orthodox Church and the Patriarch of Moscow and all Russia.

On Thursday, Ukraine’s Verkhovna Rada (parliament) backed President Pyotr Poroshenko’s request to Patriarch Bartholomew of Constantinople to grant permission for the autocephaly of the Ukrainian Orthodox Church reporting to the Kiev Patriarchate.

Poroshenko said at a meeting with lawmakers on April 17 that he had written a letter to Patriarch Bartholomew asking for the autocephaly for the Ukrainian Orthodox Church reporting to the Kiev Patriarchate, which, in his view, will allow it to establish a unified Orthodox church in that country. According to Poroshenko, an independent Ukrainian church will be free from government control.

Ecumenical Patriarch Bartholomew of Constantinople earlier said at a meeting with representatives of the Ukrainian Orthodox Church reporting to the Moscow Patriarchate that “the problems of church unity can only be solved by canonical methods rather than political ones.”

The Moscow Patriarchate shares this view. Commenting on Poroshenko’s statement, Archpriest Nikolai Danilevich, Vice-Chairman of the Department for External Church Relations of the Ukrainian Orthodox Church said that the process of overcoming the schism in Orthodox Christianity in Ukraine was only possible on a canonical basis and should proceed without any political interference.