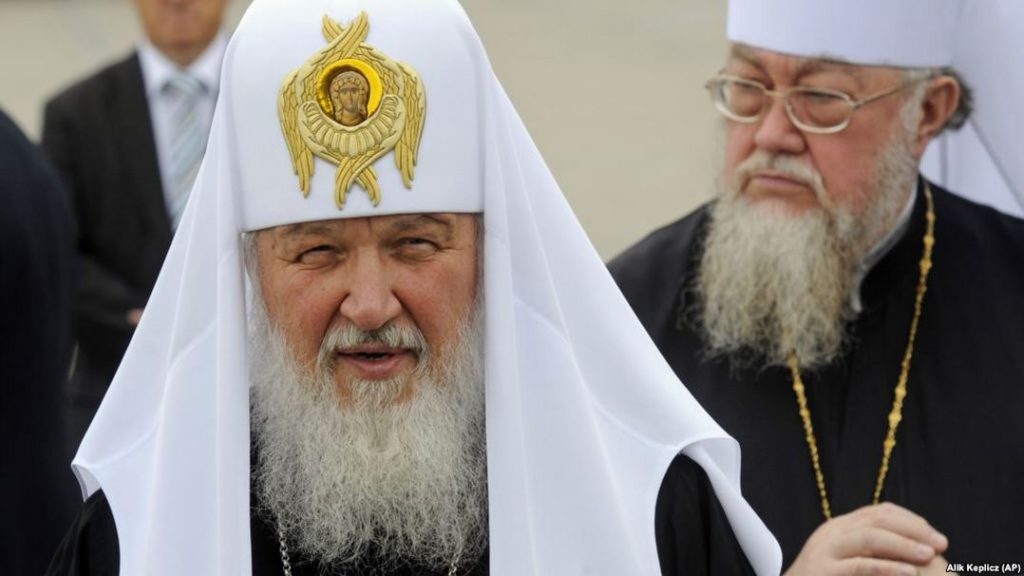 Patriarch Kirill has sent a letter to world leaders asking them to assist followers of Russian Orthodoxy in Ukraine. (file photo)

The Russian Orthodox Church has called on international leaders to “protect” its followers in Ukraine in the face of what it called official pressure on Moscow-appointed clerics.

In a statement issued on December 14, the Russian Orthodox Church said Patriarch Kirill has sent a letter to the UN Secretary-General Antonio Guterres, Thomas Greminger, the secretary-general of the Organization for Security and Cooperation in Europe (OSCE), German Chancellor Angela Merkel, French President Emmanuel Macron, Pope Francis, and other spiritual leaders, urging them to help protect believers and their faith in Ukraine.

“The interference by the leaders of the secular Ukrainian state in church affairs has recently assumed the shape of undue pressure being exerted on the bishops and priests of the Ukrainian Orthodox Church, which can be defined as the start of all-out persecution,” Patriarch Kirill was quoted as saying in the statement.

The statement was issued a day before a meeting on December 15 of senior figures from Orthodox Christian communities in Ukraine in Kyiv in a bid to form a new, unified, independent Ukrainian Orthodox Church and elect a leader, known as a Primate.

The meeting could be a crucial step in years of efforts to create a church in Ukraine that is independent of Moscow.

The Ukrainian Orthodox Church of the Kyiv Patriarchate said on December 13 that Ecumenical Patriarch Bartholomew of Constantinople, the “first among equals” in the global Eastern Orthodox faith, will hand over a “tomos” — a decree granting autocephaly, or independence — to the future head of the local Orthodox Church in Ukraine on January 6.

Bartholomew announced the decision to recognize Ukraine’s request for an autocephalous church in October.

The announcement by Bartholomew, who is considered the leader of the 300-million-strong worldwide Orthodox community, came amid deepening tension over efforts by Ukrainian Orthodox churches to formally break away from Russia’s orbit.

It also prompted the Russian Orthodox Church to announce days later that it was ending its relationship with the Ecumenical Patriarchate in protest.

The developments have added to tensions between Kyiv and Moscow, already high since Russia’s 2014 seizure of Crimea and the war in eastern Ukraine between government forces and Moscow-backed separatists.

The Moscow Patriarchate has announced that its representatives will not attend the December 15 gathering.

With reporting by AP and Interfax