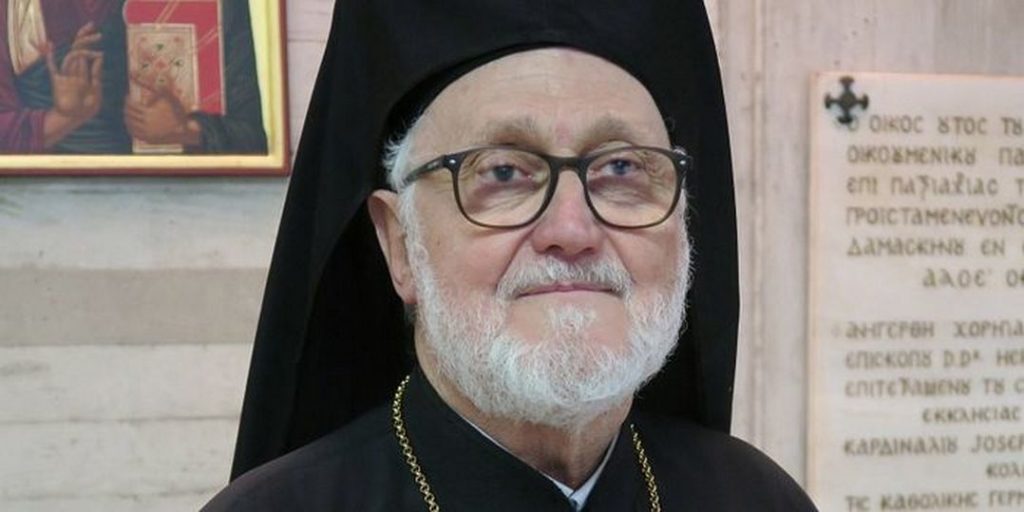 A whirlwind of events occurred today in connection with the Ecumenical Patriarchate’s former “archdiocese,” composed of parishes of the Russian tradition in Western Europe.  Many of these events are revealed in the minutes of the Holy Synod of the Moscow Patriarchate, which convened a special meeting today (September 14), “thorough remote communications,” to grant an appeal, also made today, by Archbishop John (Renneteau) to Patriarch Kirill.  The full text of the minutes is posted at http://www.patriarchia.ru/db/text/5499619.html.  An English translation of parts of the minutes have been quickly posted by the DECR of the Moscow Patriarchate.  https://mospat.ru/en/2019/09/14/news177560/

These events occurred exactly one week after an assembly of the archdiocese met in Paris to decide whether to “accept the act of canonical attachment of the Archdiocese to the Moscow Patriarchate.”  Some of the high drama of this very tense meeting was reported at https://credo.press/226432/.  The official results of the vote were reported in a communique from the “administration of the diocese.” http://www.exarchat.eu/spip.php?article2398  (in French, English, Russian, and German)  The results of the vote was that 104 replied yes and 75 answered no.  The communique also stated:   Even if a clear majority voted in favour of the proposal of canonical attachment to the Moscow Patriarchate, it is not sufficient under article 35 of the statutes concerning the validity of the deliberations of the Extraordinary General Assemblies, which specifies, “the deliberations must be approved by a majority of two-thirds of the valid ballot papers.”  The administration council will soon examine the follow-up to be given to the situation thus created.

On September 14, 2019, the Holy Synod considered an appeal from Archbishop John (Renneteau), head of the Archdiocese of Western European Parishes of Russian Tradition, who expressed the desire of a majority of the Archdiocese’s clergy and parishes to preserve its existence through entering the jurisdiction of the Russian Orthodox Church and asked for the entry in canonical communion and unity with the Moscow Patriarchate together with those clergy and parishes who wish to follow him.  Archbishop John also informed that an assembly of representatives of these parishes would take place in the nearest future to send their proposals on the canonical form of their organization to His Holiness the Patriarch and the Holy Synod.

After describing certain historical events, the Holy Synod of the Moscow Patriarchate made the following resolution:

Also today, the Office of the Archbishop posted a long letter (in French and English) from Archbishop John to the faithful of the archdiocese.  http://www.exarchat.eu/spip.php?article2400  The letter should be read in its entirety.  However, the following are some of the key points of the letter.  With respect to the assembly on September 7, the Archbishop states that the assembly “left us in a state of shock with regard to the violence and the destructive mood of some of us.  I humbly think that we have to admit: we went astray.”  He states that the statutes of the archdiocese [which includes the two-thirds vote requirement] “organize the life of our Archdiocese and protect us.  However, it must be said here, that they are not the foundation of the Archdiocese…. However, they do not regulate pastoral care, and they remind us that the sacramental link between the Archbishop and the Archdiocese is intrinsic.”  Later the Archbishop observes that an assembly “cannot settle the pastoral question of canonical attachment.  In sister churches, it is the bishop who alone decides such a question.”  He remarks: “the Archbishop exercises and is the guarantor of the pastoral ministry….this moment of decision has come, and I presently have all the necessary elements for this choice.”  After giving extensive reasons, the Archbishop makes the following ultimate decision:  “Therefore, in the absence of an Episcopal Committee so far, but after consultation with the deans and many priests, as ex officio president of our archdiocese, I decided today to put myself, as well as our Archdiocese, under the canonical obedience proposed by the Moscow Patriarchate to meet the needs of the communities that compose our Archdiocese.  I will commemorate His Holiness Patriarch Cyril of Moscow this Sunday, and I invite all clerics to continue to commemorate me.”

It is important to note that Archbishop John places not only himself but also the Archdiocese under canonical obedience to the Moscow Patriarchate.  However, today’s decision by the Holy Synod is more limited.  It accepts the Archbishop under its jurisdiction.  However, it does not accept the Archdiocese as an entity, but rather refers to “all the clergy under his leadership who wish to follow him and parishes which will express this desire.”  It leaves to future determination the “the canonical form of their organization.”

One may wonder why the Holy Synod of the Moscow Patriarchate acted with such lightning speed (apparently within a few hours) in response to the letter from Archbishop John.  I certainly do not have the answer.  There was a report that Ecumenical Patriarch Bartholomew had assured Archbishop John at their last meeting (August 17) that the drafting of a new charter, which provided broad rights to the archdiocese, was underway.  See https://credo.press/226327/.  If this is true, perhaps the Moscow Patriarchate desired to take action before such a new charter becomes a reality.  It may also have been desirable to take action immediately on the Archbishop’s decision and appeal, rather than waiting for the uncertain outcome of the meeting the Archdiocese’s administration council.

One thing is certain – there will be legal and canonical disputes.  As you recall, the Holy Synod of the Ecumenical Patriarchate removed Archbishop John from his position during its meeting on August 29 and 30, and Metropolitan Emmanuel of France has been made locum tenens for the communities.  [https://orthodoxie.com/lettre-circulaire-de-mgr-emmanuel-metropolite-de-france-patriarcat-oecumenique/]

Even if canonical attachment was a pastoral decision, was Archbishop John still the archbishop of the archdiocese when he wrote his letter today?  There is also the question of who owns the property of the archdiocese.  If an individual parish decides to move to the Moscow Patriarchate, does its church building belong to the parish?  There have been some comments on the Internet that under French law, the archdiocese owns the parish buildings.  All of this will be exceedingly complex and may take a very long time to resolve.  As a retired attorney, I can say that the one group that will certainly profit from all of the future litigation will be the attorneys.