[ditty_news_ticker id="27897"] The Making of an Archon - Orthodox Christian Laity

On a recent vacation to Tarpon Springs, Florida, I came across some curious rumors about church politics; and the talk of the town is “The Tarpon Archons!”

According to the archons.org website, “An Archon is an honoree by His All Holiness Ecumenical Patriarch Bartholomew for his outstanding service to the Church, and a well-known distinguished, and well-respected leader of the Orthodox Christian community.” These individuals are vetted through the local Metropolis? So, what does it take to become an Archon? According to online myths, archonship involve nepotism, cronyism, or worse bribery. 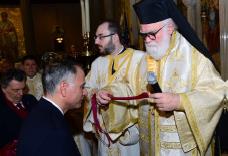 The Class of 2018 features veterinarian George Koulianos of Tarpon Springs. Mr Koulianos had no evident prior commitment to the Ecumenical Patriarchate. In fact, many local accounts indicate the contrary. Currently serving as president of local Greek Orthodox Church, a basic google search brings up various legal reports involving several serious consumer complaints and legal actions due to questionable animal deaths.

What further amazed me about this “Archon”, he is the current parish council president (for 20+ years). Mr. 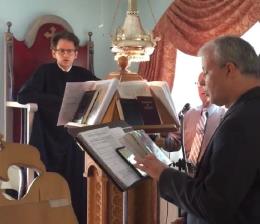 Koulianos’s community currently employs as Psalti the notorious editor and webmaster of the anti-patriarchal website Over-the-Rooftops; Tony Hatzidakis. Hatzidakis along with his recently defrocked Father (Rev. Emmanuel Hatzidakis of GOARCH) have publicly denounced all levels of the Church: Ecumenical Patriarchate, Archbishop Demetrios and Metropolitan Alexios in humiliating graphics and articles. How can Mr. Koulianos, a Hatzidakis advocate and anti-patriarchal disseminator become an Archon? 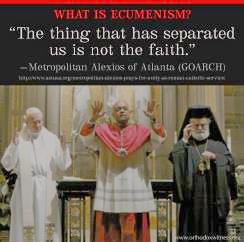 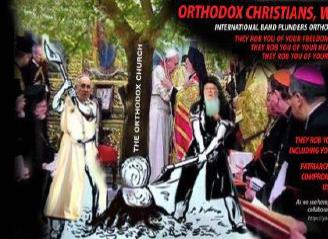 It seems bewildering considering just those facts. But let’s dig a little deeper. His archon application was fast-

tracked by Metropolitan Alexios due to the fact that Mr Koulianos has employed the Metropolitans’s brother from Greece, Mr. George Panagiotopoulos as the builder of the new church building of Saints Raphael, Nicholas & Irene the Neomartyrs in Palm Harbor, FL. A parish fraught with scandal after scandal over the last few years, going through priests like old cars. Yes, you read that correctly. $1.5 million-dollar building contract. 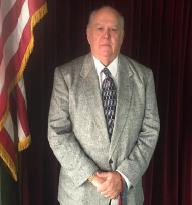 been in the news a lot lately. A recent feature story of the Tampa Bay Times November 19, 2018 states, “The federal government accuses William and Regina Planes of Tarpon Springs of creating “alter egos” and “sham trusts” to keep the IRS from collecting more than $8.8 million in taxes they owed.” Interestingly Bill Planes’ association also involves George Panagiotopoulos and a presumed million-dollar donation to build the Diakonia Center in the Metropolis of Atlanta, which after his elevation Bill reneged. Released from prison currently “out on bail”.

The Archon website states: “Members of the Order of St. Andrew may participate in the process by nominating worthy candidates to become new Archons and new members of the Order.” One wonders who would nominate such individuals or is it the strong-arm Metropolitans of the Archdiocese controlling the Order of St Andrew leadership. There is no discernable local leadership apparatus in Florida. The Archons official website state they are Organized by a “National Commander,” “Executive Committee,” “Functionaries,” “National Council,” and “Regional Commanders…”. Nobody at St Nicholas cathedral leadership had any comment, except “we don’t know who organizes our local region, I think Atlanta or New York runs the show”.

Beyond those in Constantinople, New York and Atlanta, who controls these men of questionable character in Tarpon Springs? Consequently, disconnected from rational decision process or seeking true advocates of the Ecumenical Patriarch, Metropolitan Alexios seems to excel at the quid pro quo?

There’s a free-for-all approach in Tarpon Springs with no “regional commander” or “functionaries”. I am embarrassed for the Patriarch but not surprised with Archons.