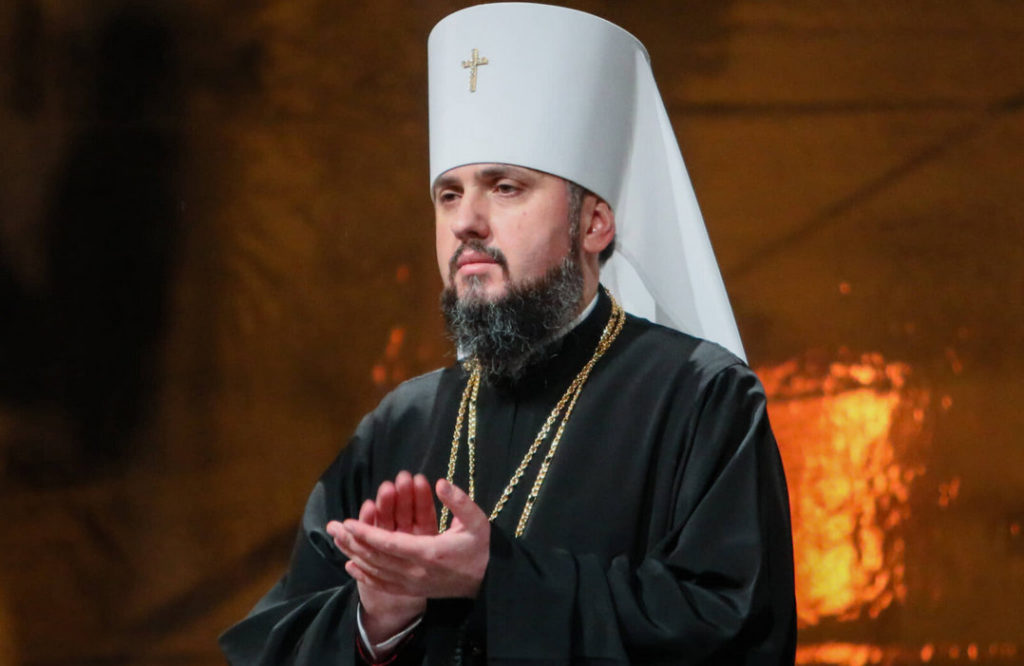 Epiphanius, Metropolitan of Pereyaslav and Bila Tserkva, applauds on the stage at Sofiivska Square after he was elected and announced as the head of the Ukrainian Orthodox Church on Dec. 15.
Photo by Volodymyr Petrov

The Unification Council in Kyiv’s Saint Sophia Cathedral elected the head of the unified Ukrainian Orthodox Church on Dec. 15, the latest step on the path to Ukraine gaining its own national church.

Ukraine’s Minister of Culture Yevhen Nyshchuk announced the name of the new church leader on the evening of Dec. 15 from the stage on Sofiivska Square, where people had gathered to celebrate the event.

Epiphanius then addressed the crowd on the square, calling the day a historic one.

“The God heard our appeals and gave us this anticipated unity,” he said.

“The doors of our church are open to everyone. We call on everyone to unite and be in this recognized unified Orthodox Church,” Epiphanius said.

The representatives of the country’s three Orthodox churches — the Kyiv Patriarchate, the Moscow Patriarchate, and the Ukrainian Autocephalous Orthodox Church took part in the election.

Ukrainian President Petro Poroshenko gave a speech on Sofiivska Square after the announcement.

“Dec. 15 will or has already entered the history as a sacred day, the day when the Ukrainian Autocephalous Orthodox Church was created,” Poroshenko said.

According to Ukraine’s president, Epiphanius will go to Istanbul, Turkey, on Jan. 6 with Poroshenko to receive a Tomos, a deed of autocephaly, or independence, for the new national church. 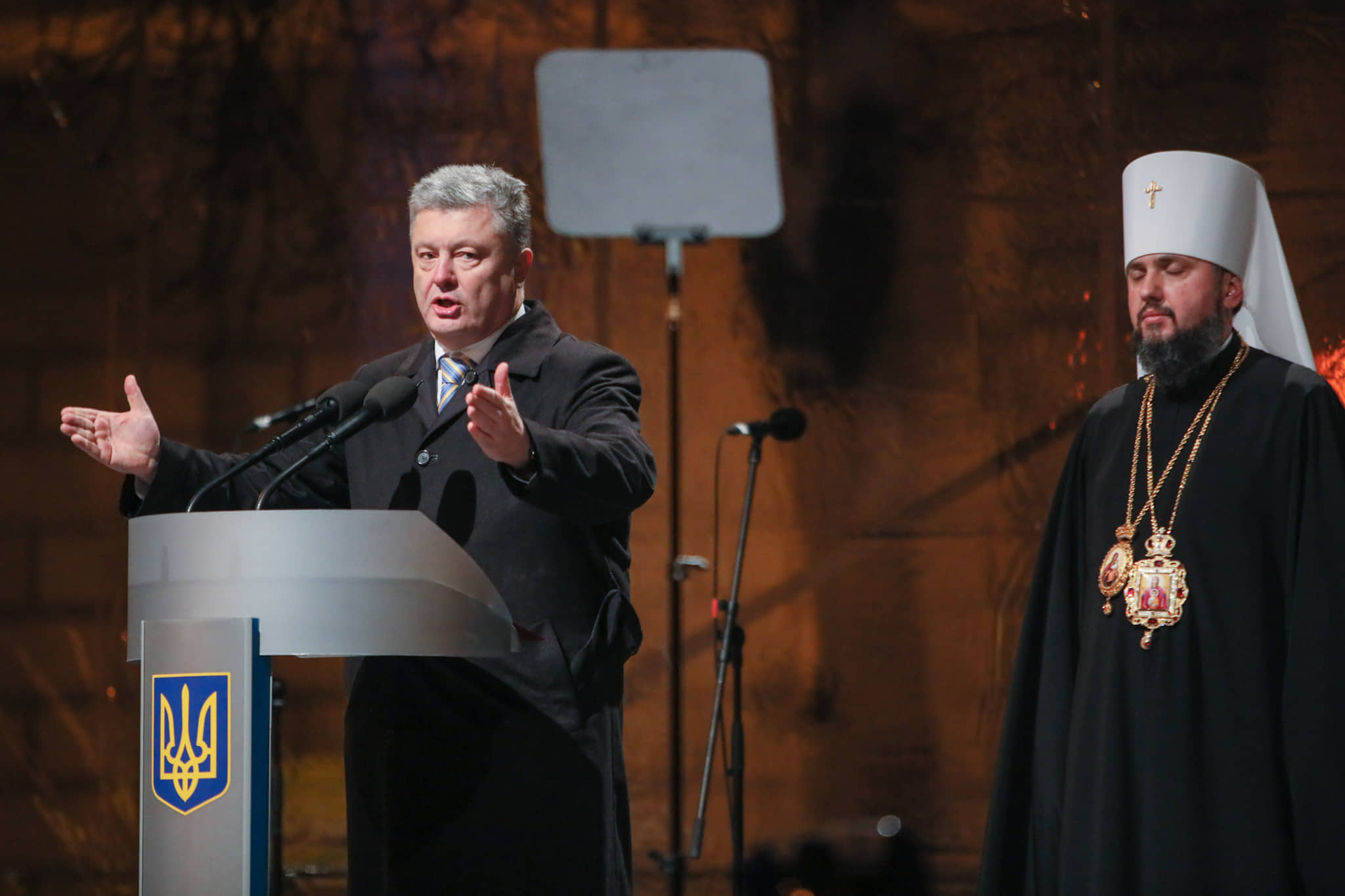 Ukraine’s President Petro Poroshenko (L) gives a speech on the stage at Sofiivska Square after Epiphanius, Metropolitan of Pereyaslav and Bila Tserkva (R), was elected and announced as the head of the Ukrainian Orthodox Church on Dec. 15. (Volodymyr Petrov)

The Unification Council started at 10 a.m. on Dec. 15 with a liturgy at the Saint Sophia Cathedral. Hierarchs, priests and laity from Ukraine’s three Orthodox churches attended the event.

After the liturgy, Poroshenko gave a speech at Saint Sophia Cathedral. He noted that former President Viktor Yushchenko, who was also present at the cathedral, initiated the dialogue with the Constantinople Patriarchate. The president also emphasized the importance of the event.

After that, the election was held, and after some hours the new head of the Ukrainian Orthodox Church was announced.

Epiphanius, 39, comes from the village of Volkovo in Odesa Oblast in southern Ukraine.

He attended the Kyiv Theological Seminary, and studied philosophy in Athens, Greece.

In 2007, he was a professor at Kyiv Orthodox Theological Academy, and the same year he was made a monk.

In 2008, he was appointed as the secretary of Patriarch Filaret of the Ukrainian Orthodox Church of the Kyiv Patriarchate.

After two years, Epiphanius became the rector of the Kyiv Orthodox Theological Academy, and in 2013, he was appointed as Metropolitan of Pereyaslav and Bila Tserkva.

Earlier, on Sept. 7, the Constantinople Patriarchate for the first time appointed official representatives, or exarchs, in Ukraine – archbishop Daniel of Pamphilon from the United States, and bishop Ilarion of Edmonton from Canada.

On Oct. 11, the Synod of the Ecumenical Patriarchate of Constantinople supported the idea of granting independence to the Ukrainian Church.

The move created tensions between the Constantinople Church and the Russian Orthodox Church. In response, the Moscow Patriarchate decided to cancel Eucharistic communion with Constantinople.