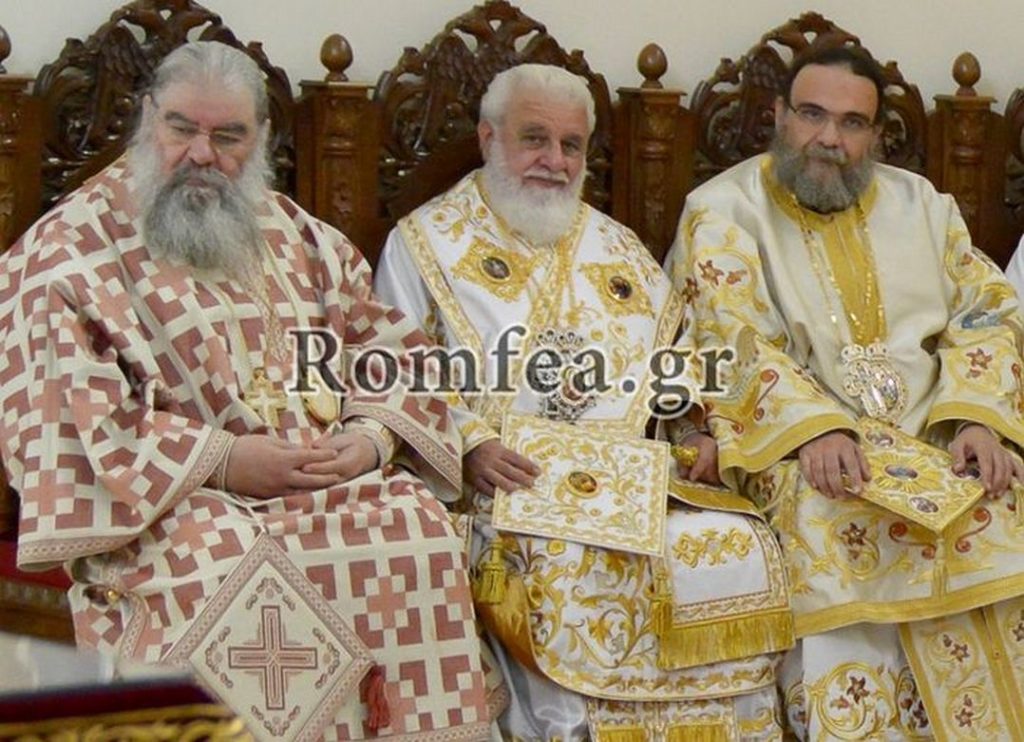 CYPRUS — The ongoing Ukrainian church crisis has been complicated by a flood of false reports and distorted interpretations of Synodal and hierarchal statements in the international media.

The Cypriot Church has particularly felt the effects of such reports, with the Ukrainian ambassador to Cyprus conveying false information after meeting with His Beatitude Archbishop Chrysostomos of New Justiniana and All Cyprus on more than one occasion. The Church’s Synodal statement from February was also misrepresented, as were His Eminence Metropolitan Athanasios of Limassol’s statements about not signing the Synodal statement.

In an effort to combat such “malicious” and manipulative reporting, written “in order to tarnish and undermine us and our role as bishops, resulting in the disinformation and the triggering of the members of the Church,” three metropolitans of the Cypriot Church issued a joint communiqué on Romfea yesterday, explaining their position on the Ukrainian issue.

“We remain, as before, of the opinion that the granting of the tomos of autocephaly to the Church of Ukraine should have been in accordance with the canons and traditions of the Church, and Church order is the only thing that can resolve the problem that has arisen and prevent the risk of schism,” they continue.

The fiery hierarchs also remind that not even the blood of martyrdom washes away the sin of schism, according to the great St. John Chrysostom.

The bishops further call upon the authors of manipulative articles, who mislead readers, to understand the damage they have caused the Church and to restore “the truth in agreement with our legal advisers,” otherwise they will have to go to court.

The problem of the Ukrainian schismatics has been on the Cypriot Church’s radar for many years, and all three authors of the communiqué have openly supported the canonical Ukrainian Church and its primate His Beatitude Metropolitan Onuphry of Kiev and All Ukraine before, despite the media’s bastardization of their positions.

In January of last year, before Petro Poroshenko and the Ukrainian parliament appealed to Constantinople for autocephaly in April of last year, Met. Athanasios explained how the problem with the schismatics should be handled: “First and foremost, this question should be resolved by the Patriarch of Moscow, in whose jurisdiction the Ukrainian Church is located, then—the canonical Ukrainian Orthodox Church, and then all the Orthodox Churches under the chairmanship of the Ecumenical Patriarchate.”

“But first of all, the first word is for the Mother Church of the Ukrainian Church, which is the Moscow Patriarchate. To it belongs the first word in this process,” His Eminence added.

And in an interview with the Information-Education Department of the Ukrainian Orthodox Churchlast month, Met. Athanasios made many of the same points as in yesterday’s communiqué, noting that he is impressed and admires how Met. Onuphry has handled this crisis with calmness and prayer.

On the same day that the Cypriot Holy Synod issued its statement on the Ukrainian crisis, Met. Nikiforos of Kykkos published his own statement on Romfea. While the Synodal statement was very diplomatically worded, offering no criticism of Patriarch Bartholomew while not recognizing the “Orthodox Church of Ukraine” created by him, Met. Nikiforos wrote much more straightforwardly, saying it is impossible to have communion with unordained schismatics.

“Unfortunately, the entire process of proclaiming and recognizing the autocephaly of the Ukrainian Orthodox Church did not proceed by the democratic Orthodox conciliar process; it was not democratic and conciliar sentiments and tendencies that triumphed in it, but, as sad as it is to admit, authoritarian and autocratic,” the hierarch writes.

He also notes that Pat. Bartholomew went back on his own word and changed his position on the Ukrainian issue, anti-canonically creating a new church on the territory of an already-existing Church.

Met. Isaiah of Tamassos attended last month’s celebrations in Kiev in honor of Met. Onuphry’s name’s day and 5th anniversary of his enthronement as primate, stressing that the delegation from his Church “is a testimony to the unity of the Orthodox Churches” and that “today we are here to show personally, not theoretically, our love and respect for His Beatitude.” He also called upon the Ukrainian government to ensure the return of all the seized churches to the canonical Church and announced that the Cypriot Church is collecting signatures to appeal to the European Court of Human Rights on behalf of the persecuted canonical Ukrainian Church.

The Georgian Church has also had to issue statements to correct false information about its stance on the Ukrainian issue.