[ditty_news_ticker id="27897"] After Africa, a new source of ecclesiastical tension is appearing in the United States - Orthodox Christian Laity 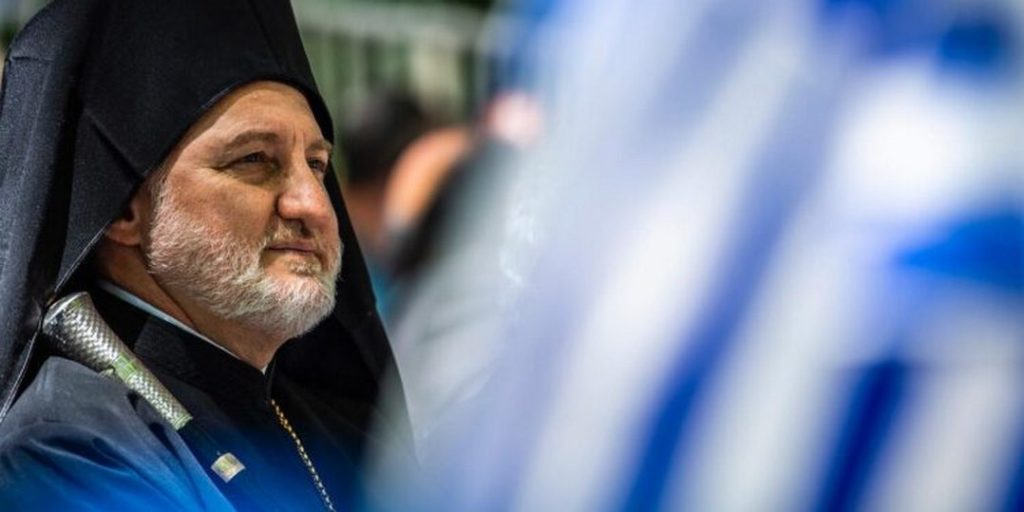 The ecclesiastical antagonism in which the Moscow Patriarchate is engaged against the Ecumenical Patriarchate and the other churches that have recognized the Autocephaly of the Church of Ukraine is shifting to a new geographical field.

So, after Africa, a new source of ecclesiastical tension is appearing in the United States against the background of the decision of the Archdiocese of America to place Archimandrite Alexander Belya as the vicar of the Slavic Orthodox Vicariate.

In fact, the Synod of the Ecumenical Patriarchate, to which the Archdiocese of America belongs, recently promoted Alexander Belya to the position of Bishop of Nicopolis.

However, a few days after his promotion, the other leaders of the Assembly of Canonical Orthodox Bishops of America sent a letter of protest to Archbishop Elpidophoros of America.

The letter, however, was not signed by the Russian Orthodox Church Outside of Russia (ROCOR) with which Belya was until recently affiliated.

The reason is that ROCOR has withdrawn from the Assembly, having fully sided with the Patriarchate of Moscow both on the issue of the Ukrainian church and the subsequent Russian invasion of the country.

For its part, the Archdiocese of America claims that it had for quite some time initiated all the procedures provided for by the church canon for Archimandrite Alexander Belya to join. It should be recalled that the transfer of a clergyman from one church to another is not a rare phenomenon.

Moreover, the Archdiocese had informed the Assembly of Canonical Orthodox Bishops of America of his imminent promotion, which was decided by the Ecumenical Patriarchate.

However, what seems to have happened after the release of Alexander Belya from ROCOR (the bishop of the Russian church had issued a document granting the freedom to transfer jurisdiction to Archimandrite) is that this church decided in collaboration with the Moscow Patriarchate to proceed with his deposition.

In the letter of protest to the Archbishop of America, the Bishops of the Assembly refer to this matter, noting that “the canonical punishment (of Alexander Belya) and hence the deposition has been accepted by all of us as a canonical act”.

With this reference, the bishops seem to adopt the ROCOR version, according to which the deposition must have preceded the transfer of Alexander Belya to the Greek Orthodox Archdiocese.

However, according to the church canons, when a priest is released from a church to join a new one, the old church ceases to have any jurisdiction and is, therefore, unable to remove him.

In this context, the Archdiocese argues that Alexander Belya’s deposition occurred after his removal from ROCOR, according to the facts presented:

– In October 2019, Alexander Belya completed his transfer to the Archdiocese of America.

– In February 2020, the Russian church proceeded with the deposition of the archimandrite.

Regarding the moral issues raised by the bishops about the archimandrite, it is noted that Alexander Belya did not serve in their churches and was not under their jurisdiction.

Moreover, the Archdiocese of America, as an interested party intending to bring Belya into its bosom, claims to have conducted a thorough audit that revealed no tangible evidence of misconduct.

Archbishop Elpidophoros’ Response Letter: The vital priority of my ministry in the U.S.A is Orthodox unity

In his reply letter, Archbishop Elpidophoros expresses his surprise and bewilderment at the words of the hierarchs, given that they were fully informed of the developments and at no stage of the process had anyone expressed any objection or raised any concerns.

“It was with great regret and some surprise that I received your letter dated June 27, 2022. As you remember, I had announced the recent election of the Bishop-elect of Nicopolis, Alexander Belya, by the Holy and Sacred Synod of the Ecumenical Patriarchate, as well as his impending enthronement at our last meeting in the Executive Committee of the Assembly on June 16, 2022, and no one said anything or expressed any concerns or any objection at that time,” the Archbishop noted.

In his letter of response to Metropolitan Joseph, Elpidophoros expressed respect for the Assembly of Bishops in America, which he describes as a unique institution that fosters Orthodox unity.

As he says, “Orthodox unity is the vital priority of my ministry in this country, and the Assembly of Bishops is the key vehicle for such unity.

The many achievements of recent years, the spirit of fraternal synergy and cooperation that brought us together in the time of the pandemic, and the various missions through the agencies and organizations based on the Assembly of Bishops should remain at the center of our attention.”

Nevertheless, Archbishop Elpidophoros refuted the accusations directed against the person of Alexander Belya, assuring the hierarchs that the decision of the Archdiocese is based on the thorough audit it carried out and not on unfounded accusations.

“Dear brother, I have always been completely clear with you and with all our brother hierarchs about the incarnation and the recent election of Bishop Alexander Belya of Nicopolis.

However, I have listened to your concerns (expressed in the letter) and having received all the necessary documentation, including a valid letter of release (of Alexander Belya from ROCOR) from the late Metropolitan Ilarion, and in the absence of tangible evidence of misconduct, which is based on a very thorough vetting process that we conducted and not on rumors – we proceeded with his canonical ordination,” noted in the letter.

At the same time, the Archbishop reminds us that he never received any correspondence from the late Metropolitan Ilarion of ROCOR regarding issues concerning Archimandrite Alexander Belya.

As he explains, his desire was to always keep direct contact and an open line of communication. However, this vital communication for Orthodox unity in the USA was undermined by ROCOR’s decision to withdraw from the Assembly of Canonical Orthodox Bishops of America.

At this point, Archbishop Elpidophoros expressed his regret that the Russian attack on Ukraine not only failed to further forge Orthodox unity but led to the division of the Assembly of Bishops.

As he points out, “I had hoped that the current war and the unjust attack by the Russian Federation on Ukraine would have created a sense of solidarity and justice among us that would have bound us all to Orthodox unity in America.

Unfortunately, we have seen the opposite result, as many of our brethren have failed to condemn the cruelty of this unjust and illegal war, and even worse, have tried to silence the Assembly of Bishops of America from speaking out against these horrific and un-Christian actions.”

Finally, the Archbishop stresses the collective responsibility that exists to ensure unity and to continue the work of the Assembly.

“It is our collective responsibility to ensure that the Assembly continues its work, and it is my fervent prayer that you will maintain your commitment to this mission since our ministry in America is so necessary.”