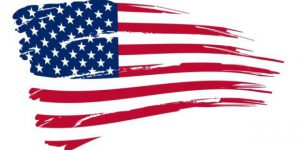 Who gets to decide what it means to be Orthodox in America? Greeks? Russians? Converts? Foreign bishops?

How do “cradle” and convert identities come together – or not? How do “diaspora” narratives that tie Orthodoxy to nationalism translate in an American context? What does Orthodoxy mean in the American religious marketplace of ideas? Is it really the fastest growing religious group in America, as some have claimed, or is it a solution looking for a problem?

Perhaps the most important–and difficult–question is, “Will there ever be an American Orthodoxy?”

Many Orthodox in America, of course, long for a jurisdictionally unified Church. A word of caution, however: be careful what you wish for. An American Orthodox Church isn’t likely to resolve the things that most divide us, because our divisions reflect American society more broadly.

Let’s start with the recent chaos and backlash regarding the events in Charlottesville. Among other things, the media spotlight on the individual marchers has exposed the fact that there are a number of young white nationalists who are trying to establish a spiritual home in Orthodox Christianity, where they distort and exploit the vestigial imagery of empire, an emphasis on national churches, and an American jurisdictional system predicated on segregation according to ethnic identity. To be sure, the most notorious perpetrator had already been excommunicated, and the Assembly of Canonical Orthodox Bishops has issued a clear statement condemning white supremacist ideology. The events in Charlottesville nonetheless revealed just how divided American Orthodox are regarding basic questions of the Church’s engagement in public life.

Whereas some Orthodox Christians were horrified by how long it took for the bishops to issue their statement, others were apoplectic that such a statement was issued at all. Note, also, the divergent assessments of the subsequent event in Boston, where the counter-protest to the so-called “Free Speech Rally” drew an assembly of Orthodox Christians, including priests, seminary faculty and students, with signs such as “Orthodox Christian Against Racism.” When the Orthodox Christian Network posted a picture of the group and their sign on their Facebook page, it promptly drew a bevy of comments from people who saw the group’s participation and OCN’s coverage as a biased tipping of their political hand–“cowering and compromising with leftists”, as one individual put it. Other comments included statements such as “Don’t use my religion to march for the stupid libs”, “This is NOT the Civil Rights era… Jim Crow has been dead a long time”, and more. As disheartening as it is to think that racism is nothing more than a “liberal issue”, it can hardly be overlooked that American religion has, for better or for worse, broadly sorted itself into “liberal” and “conservative” categories, and it is foolish to think that a distinctively American brand of Orthodox Christianity will be any different.

In some contexts, Orthodox discourse in America attempts to sidestep the poles of “conservative” and ”liberal” with the alternative binary of “traditional” and ”modernist”. Some hope that an appeal to the tradition of the Orthodox Church absolves Christians from political identification and contamination. Unfortunately, in American discourse, Orthodox or otherwise, these words resolve little; one cannot speak meaningfully of something being “traditional” in absolute terms, and trying to do so requires a semantic infusion that only leads us further into the darker sides of current American politics. While “traditional” can be employed positively to describe the deposit of Christian faith handed from one generation to the next, it can also serve as a proxy for more nefarious beliefs. An extreme example would be the so-called “TradYouth Network”, a white supremacist group. But an even more benign category like “Traditional Orthodoxy” is redundant at best unhelpful at worst, because it represents no real thing in and of itself and only enables speakers and hearers to fill in the blank. Indeed, if you want a sense for just how unhelpful the term is on its own, note the way that it is batted around Orthodox social media circles as a proxy for the American culture wars.

Orthodox in America struggle with issues of identity among themselves (Greeks, Russian, converts, cradle). They also struggle with what it means to be Orthodox in a society that is decidedly not. But many of these questions echo American political conflict: What does “American” mean? Who gets to call themselves an American? Does the so-called “alt-right” get to define “American-ness”? For that matter, do liberal academics or radical leftists?

The quest for an “American Orthodoxy” will inevitably appropriate American categories and divisions. An “American Orthodoxy” will be polarized politically; indeed, there may be nothing more distinctively American in our current age than American political polarization. I recently had a conversation with a cradle Greek who asserted that “liberal Orthodoxy” is an American invention. Perhaps; still, if this is so, then so is “conservative Orthodoxy”. There may be no greater indication of this than the way that Ecumenical Patriarch Bartholomew is vilified in certain American Orthodox circles for his environmental concern–ostensibly a “liberal” matter rather than the legitimate concern of an Orthodox Christian bishop.

While an authentic theological vision points beyond the divisions of culture and politics, the lived reality of Orthodoxy in America often falls far short of that vision. We already deal with the consequences of American political ideological contests under our domes; there are sides that are defined, and more lines are being drawn. In the end, it would appear that we are all quintessentially American; let us not be too quick to weld these divisions to the very rafters of our churches.

Richard Barrett is Artistic Director of the St. John of Damascus Society in Bloomington, Indiana.

*Public Orthodoxy seeks to promote conversation by providing a forum for diverse perspectives on contemporary issues related to Orthodox Christianity. The positions expressed in this essay are solely the author’s and do not represent the views of the editors or the Orthodox Christian Studies Center.