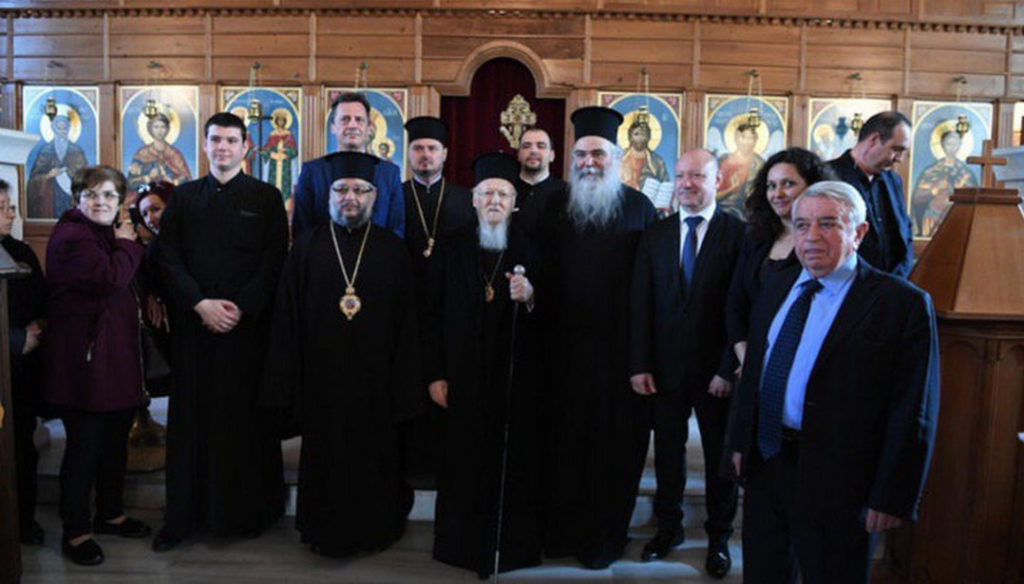 Patriarch Bartholomew did not allow Metropolitan Kipriyan to serve in the church of Sts Constantine and Helena in Adrianople.

Patriarch Bartholomew of Constantinople did not allow Metropolitan Kipriyan of Stara Zagora of the Bulgarian Orthodox Church to perform the Divine Liturgy in the church of Saints Constantine and Helena of the Bulgarian community in the city of Adrianople in Turkey, the Greek site Romfea reports.

The publication notes that the Bulgarian community of the city of Adrianople is under the jurisdiction of the Patriarchate of Constantinople, thus permission and blessing of the Ecumenical Patriarchate must be obtained in order to concelebrate the Divine Liturgy in the aforesaid church.

However, Metropolitan Kipriyan did not receive such permission, nor did he receive any explanation as to the reasons why he was denied a permit by the Patriarchate of Constantinople.

The Bulgarian hierarch believes that the ban on worship in the church of Sts Constantine and Helena is due to the fact that the Bulgarian Church has not recognized the OCU so far.

Another reason, according to the Metropolitan, might be the presence in the courtyard of the bust of the Bulgarian exarch Bishop Yosif (Yovchev), who initiated the separation of the Bulgarian Church from the Ecumenical Patriarchate in 1860.

At the same time, it is reported that, until now, Metropolitan Kipriyan has not been deprived of the right to serve in Bulgarian churches in Turkey, which are under the jurisdiction of the Patriarchate of Constantinople.

Moreover, in April of this year, Patriarch Bartholomew visited the church of Sts Constantine and Helena in Adrianople, where he asked Metropolitan Kipriyan of Stara Zagora to convey his greetings to Patriarch Neophytos of Bulgaria and the entire Bulgarian Church.

Earlier, the UOJ wrote that the hierarch of the Bulgarian Church, Metropolitan Daniil of Vidin, addressed the Primate and hierarchs of the Local Churches with a message regarding the actions of Phanar in Ukraine.

Share. Twitter Facebook Pinterest LinkedIn Tumblr Email
Previous ArticleARCHDIOCESE OF WESTERN EUROPE TO ELECT TWO VICAR BISHOPS AFTER BEING BLOCKED BY CONSTANTINOPLE FOR MANY YEARS
Next Article Metropolitan Seraphim (Kykkotis) of Zimbabwe: Where the Absence of Dialogue on the Ukrainian Issue Could Lead