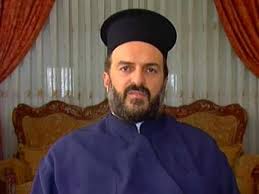 In the British political system members of the royal family are not supposed to utter political or controversial remarks on political issues. It was therefore very meaningful that on November 4, 2014 British Prince Charles in a recorded video broadcast by the BBC, spoke truth to the people. Charles, not assumed to be a Zionist as detractors might imagine, sadly remarked, “It is an indescribable tragedy that Christianity is now under such threat in the Middle East, an area where Christians have lived for 2000 years.”

Charles was commenting on the just published report, Religious Freedom in the World 2014: Aid to the Church in Need, which concluded that religious freedom had deteriorated in 55 of the 196 countries studied. Most significantly, the report found that Christians remain the most persecuted religious minority, directly related to the fact that they are historically widely dispersed, often in cultures very different from their own. Many of the countries where Christians have been established for generations or even millennia have now become subject to extremism. In 20 countries studied, the highest levels of persecution result mostly from Islamist extremism and partly from authoritarian regimes.

The report was most concerned with the fate of Christians in the Middle East, but it also warned that Western European countries, once overwhelmingly Christian and racially homogeneous, were changing.

Why are mainstream Christian organizations and so-called Human Rights Groups so engaged in a conspiracy of silence on this issue of persecution of Christians? The World Council of Churches, Archbishop Desmond Tutu, and groups such as Amnesty International pay little heed to this ongoing persecution and discrimination against Christians. They pay little heed to honest commentators such as Ayaan Hirsi Ali and Father Gabriel Nadaf, priest of the Greek Orthodox Church, who has lived in Nazareth, and who has been prevented by anti-Israelis from entering the Basicila of the Annunciation in Nazareth. He has to have a security escort provided by Israel as he faces death threats from Muslims. For those anti-Israelis, his major sin is his attempt to integrate Arab Christians into the mainstream of Israeli life.

Ali has frequently commented, (though she has sometimes been prevented from doing so on university campuses) on the violent oppression of Christian minorities that has become the norm in Muslim countries. Her criticism of Islamic intolerance is well known.

The lesser-known message of Father Nadaf delivered to the UN Human Rights Council on September 23, 2014 is stark. What is happening in the Middle East, he said, is genocide, and it is happening today.  In the last ten years 100,000 Christians have been murdered every year. That means that every five minutes a Christian dies in the Middle East, and the Muslim leaders know it, and the world remains silent. Those who can escape persecution at the hand of Muslim extremists have fled. Those who remain exist as second if not third-class citizens to their Muslim rulers.

Nadaf’s remarks are an incontestable refutation to the assertions, against all the relevant facts and rational evidence of people such as the Right Rev. Riah Abu El-Assal, Bishop of Jerusalem, that Arab Palestinian Christians (?) and Arab Palestinian Muslims (?)  lived peacefully side-by side for 1400 years. Christians, he held, have fled Israeli persecution, and left because of the brutality of the Israel armed forces. Unfortunately, the World Council of Churches is more likely to listen to Assal than to Najaf.

Equally compelling is the analysis by John L. Allen, Jr., in his 2013 book The Global War on Christians, that in recent months 11 Christians have been killed every hour, every day. For Allen, the persecution of Christians is the “greatest story never told about the 21st century.”

The evidence of discrimination against Christians in the Middle East by Muslims is overwhelming. The region is being emptied of Christians, in the areas where their faith was born. For the first time in 2000 years no church exists in Nineveh (now part of Mosul). In Syria, there were once 2 million Christians, but 700,000 have fled and now there are at most 200,000. In year 2000, there were 4 million in Iraq, now there are 300,000. In addition, six Jews remain in the country. In Egypt, the Copts who have survived 1300 years of Muslim control face discrimination and being regarded as foreign agents.

In contrast, Nadaf states, as every objective analysis does, that Israel is the only country in the Middle East where Christians can live safely, are free to practice their religion, and where they have increased in number. In Israel Christians are not killed, their churches are not burned, their female believers are not raped. Christians are seen as a distinct ethnicity. They constitute 2 per cent of the total population and 10 per cent of Israeli Arabs.

The Human Rights Groups of the U.S. and Europe should acknowledge that the persecution of Christians is worldwide, and particularly extreme in the Muslim Middle East. Excepting North Korea, where 70,000 Christians are held in camps, 9 out of the 10 worst persecutors of Christians are Islamic countries (Afghanistan, Saudi Arabia, Somalia, Iran, Maldives, Uzbekistan, Yemen, Iraq, and Pakistan). In the mixed country of Nigeria, at least 14,000 Christians have been killed.

The conclusion of Father Nadaf is compelling. It is time the world woke up to the fact that those who want to destroy the Jewish State of Israel are signing the death warrant on the last free Christians in the Holy Land.

[subscribe2]
Share. Twitter Facebook Pinterest LinkedIn Tumblr Email
Previous ArticleArabs betting on a very merry Christmas in Jesus’ hometown
Next Article The Patriarch of Romania: “We must think now, 25 years after the revolution of December 1989, what we have done with our freedom”