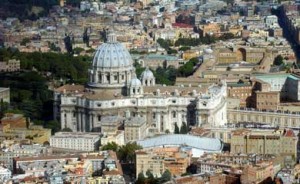 The Church of Greece and the Vatican are putting the final touches to an agreement for the joint promotion of religious tourism, the cleric leading the Greek side of the initiative said on Thursday.

An initial agreement reached last week by Greek and Italian clerics foresees the mutual promotion of religious sites including churches and monasteries, Bishop Chrysostomos of Dodoni told a conference in Thessaloniki on Thursday.

Several firms have expressed interest in working with the Synod’s office to produce CDs and DVDs introducing visitors to Greece’s religious sites, the bishop said. The agreement follows a similar pact last month between the Greek and Russian Orthodox churches.