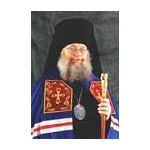 SYOSSET, NY [OCA]- In response to recent questions and comments that have been directed to the Orthodox Church in America by the media, victim advocates and members of the Church with regard to Archbishop Seraphim [Storheim], the following clarifications are in order.

Until such time as a Spiritual Court can be convened, as noted in the Holy Synod’s statement, Archbishop Seraphim is restricted to the Chapel of Saint Silouan, Spencerville, Ontario, and Holy Trinity Church, Edmonton, Alberta, and “must follow all restrictions placed upon him by the Canadian authorities as he awaits sentencing following his conviction on January 24, 2014 on one count of sexual assault.” Not only is this consistent with the Canadian authorities’ decision, but inasmuch as he is restricted to the chapel in Ottawa [Spencerville] and the church in Edmonton, the Holy Synod in fact has tightened these restrictions.

Finally, the Statement in no way indicates or implies that the Holy Synod refuses to depose Archbishop Seraphim. To the contrary, as noted above, it clearly states that a Spiritual Court will indeed be convened, as required by canon law as well as the Statute of the Orthodox Church in America.