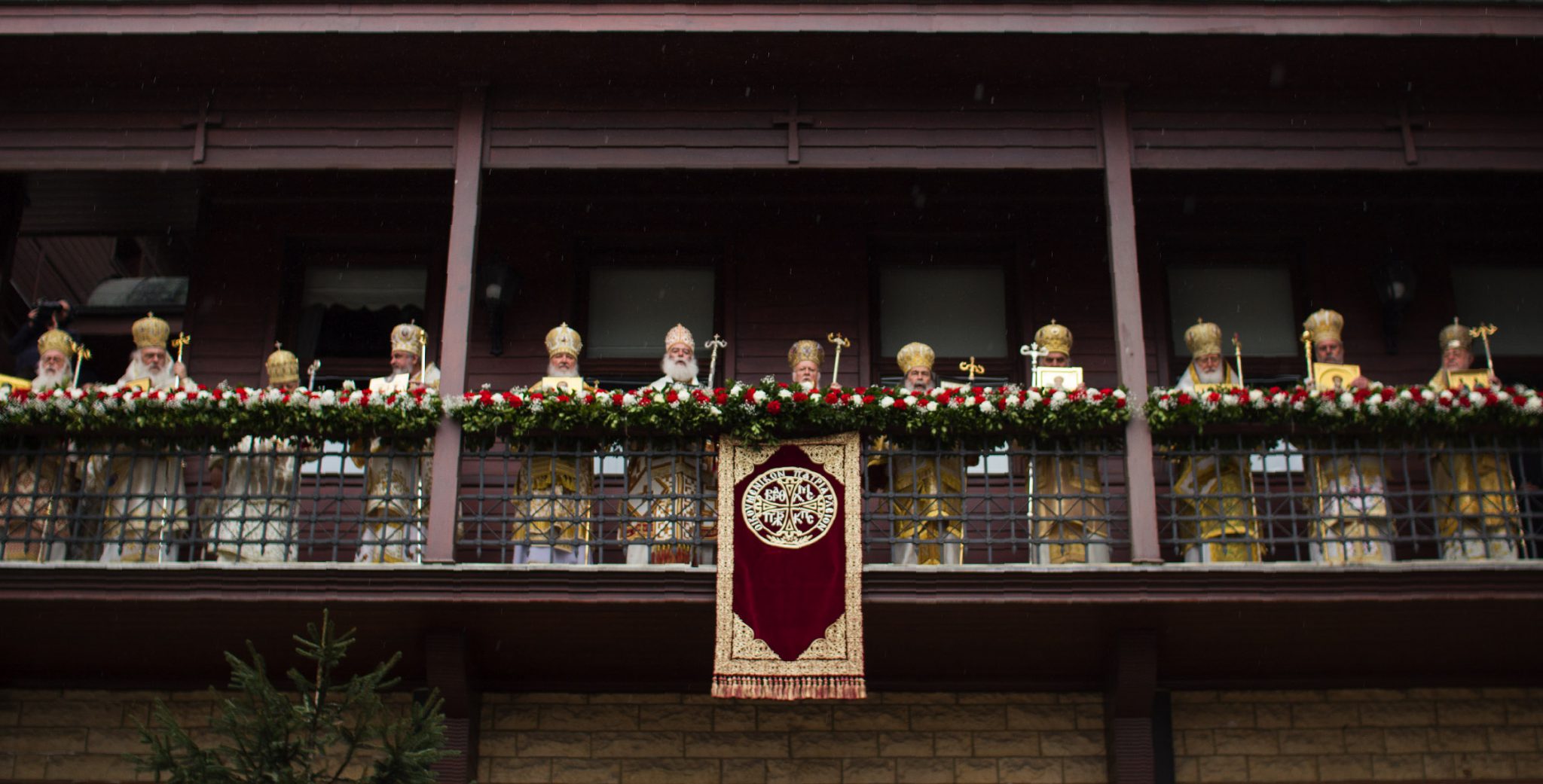 At the invitation of His All-Holiness Ecumenical Patriarch Bartholomew, the Primates of all the Orthodox Autocephalous Churches gathered from March 6-9, 2014, for a Sacred Synaxis at the Phanar in order to deliberate on matters pertaining to the entire Orthodox Church throughout the world and procedural issues for the convocation of the Holy and Great Synod, whose preparation is coming to an end.

By the grace of God, the proceedings of the Synaxis of the Primates of the Orthodox Autocephalous Churches concluded today, on the Sunday of Orthodoxy. The Synaxis took place at the Phanar from 6-9 March, 2014, at the invitation and under the presidency of His All-Holiness Ecumenical Patriarch Bartholomew, and was attended by all the most venerable Primates in person, with the exception of His Beatitude Patriarch John of Antioch, who, due to illness, was represented by Hierarchs of his Church.

The proceedings of the Synaxis were carried out in a very fraternal spirit; the Hierarchs discussed matters concerning the life of the Orthodox Church in the contemporary world, and particularly in regions where Orthodoxy and Christianity in general face serious problems and difficulties; the Hierarchs also expressed their support and profound interest of the Orthodox Church in its entirety concerning their fellow human beings suffering in those regions. Above all, the Synaxis considered the prevailing situation in the Middle East and recent developments in Ukraine, as well as the ongoing uncertainty about the fate of the bishops, Metropolitan John of Aleppo, and Yuhanna Ibrahim of the Syriac Church, who were kidnapped by unknown persons a very long time ago.

In the framework of their Synaxis, the Primates also deliberated on the matter of the Holy and Great Synod of the Orthodox Church and decided that, upon expediting the process of preparation, it will be convened and presided by the Ecumenical Patriarch in Constantinople in 2016.

With regard to this matter, the Primates also determined issues related to representation and participation of the Orthodox Autocephalous Churches in this Synod, as well as the manner of decision-making at the Synod.

On Sunday morning, 9th March, the feast of Orthodoxy, the Primates concelebrated in the Patriarchal Church of St. George at the Phanar, where their Message to the Orthodox faithful throughout the world, their Christian brothers and sisters everywhere, and all people of goodwill, was read officially from the pulpit.

Related Stories
Synaxis of the First-Hierarchs of the Orthodox Churches – March 6-9, 2014 – Ecumenical Patriarchate of Constantinope