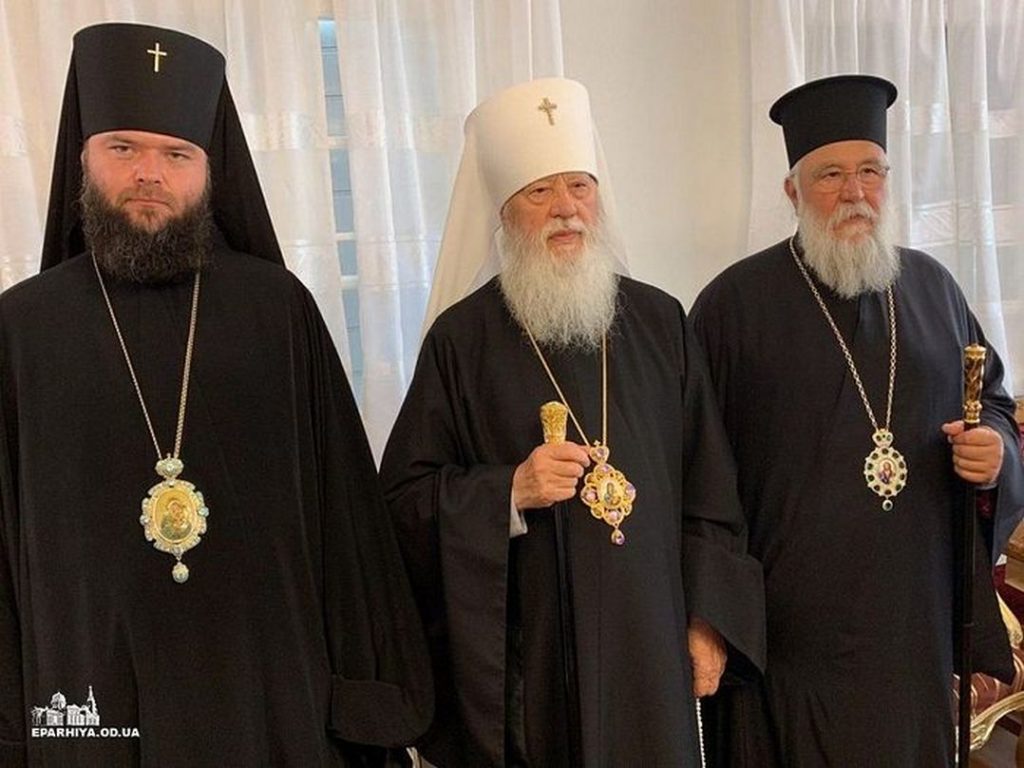 During their time together, the Greek hierarch assured his Ukrainian brothers that he and his diocese recognize only one canonical Ukrainian Church—that under His Beatitude Metropolitan Onuphry of Kiev and All Ukraine, reports the press service of the Odessa Diocese.

“We are pleased to welcome you, Your Eminence, on your birthday, on an island where there are many saints are venerated, and especially the Holy Hierarch Spyridon. We pray that the Lord will help your Church overcome the difficulties connected with the Church schism and disorder,” Met. Nektarios said, showing the true love that always exists between the best representatives of the Greek and Slavic Orthodox traditions.

“We recognize only one canonical Church, headed by Metropolitan Onuphry of Kiev and All Ukraine, who often came here to the island of Corfu to serve as a simple priest,” the Greek hierarch added.

In response, Met. Agafangel thanked Met. Nektarios for the opportunity to pray at St. Spyridon’s relics and for the support of canonical Orthodoxy in Ukraine. Met. Agafangel had the blessing of serving a moleben to St. Spyridon at his relics, during which a prayer for peace in Ukraine was read.

Meeting with His Eminence Metropolitan Hilarion of Volokolamsk, the head of the Moscow Patriarchate’s Department for External Church Relations, in December, Met. Nektarios expressed his regret and concern about everything that has recently occurred in Ukraine.

He also said that, in his view, such a major decision as granting autocephaly to a newly-created church should be made only after studying the apostolic succession and canonicity of the new church and the groups that make it up, so that “these decisions do not contradict the truth and, first of all, do not divide or bring scandals and embarrassment to the people of God.”