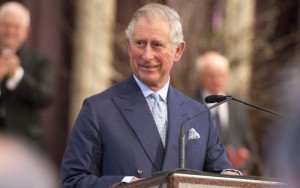 The Prince of Wales (PA)

Prince Charles has a new obsession as strong as his passions for ecology and architecture. He is refusing to stand idly by as Christians are driven out of the Middle East.

Who is the most formidable defender of persecuted Christians in the world today? Many would nominate Pope Francis, who has offered thunderous denunciations of attacks on the faithful ever since his election. But another candidate is emerging: the surprising figure of the future king of England.

The media have barely noticed that the Prince of Wales has a new obsession, as powerful as his passions for architecture and the environment: the persecution of Middle Eastern Christians. And as that region deteriorates, this may well be the subject that dominates his reign.

Soon after ISIS slaughtered 21 Christians on a beach in Libya, the Coptic Church in Britain launched an appeal for the martyrs’ children. It found an immediate high-profile backer in Prince Charles, who contacted the Copts without any prompting (he also wrote a letter of condolence to the Coptic Pope Tawadros II).

Bishop Angaelos, General Bishop of the Coptic Church in Britain, says: “Prince Charles wanted to donate the money out of a sense of solidarity and he was happy for this to be publicised to raise awareness. It was a way of showing other people that it was all right to support this.”

The Prince first reached out to the Copts in 2013, shortly after the worst anti-Christian violence in Egypt in centuries. The events were barely reported in the English-speaking press and were downplayed by the US State Department. Copts felt deserted by their friends and vulnerable before their enemies.

That was when the Prince’s private secretary approached Egyptian Christians in England. The Prince then visited the Coptic Centre in the UK, along with a Jordanian prince. There, Bishop Angaelos presented two Coptic icons as gifts, one of St George as a present for Charles’s first grandchild, George. “It was very sincere,” Bishop Angaelos recalls. “He made an impromptu speech and was well informed, and he seemed to have read up. He seemed empathetic.”

The Prince has also helped other Eastern Christians in peril. Last September he gave a donation to Aid to the Church in Need’s campaign to help the Iraqi and Syrian faithful. He wrote a letter to Chaldean Patriarch Louis Raphael Sako, saying he was “heartbroken” by events in Iraq. Again, it was the Prince who approached the charity indirectly through mutual acquaintances. John Pontifex, ACN’s head of press, says the Prince “feels passionately about the decline of Christianity in the Middle East” and that “it means a great deal to him”.

Last December the Prince recorded a video address for the launch of ACN’s Religious Freedom in the World 2014 report. This was a tremendous coup for a Catholic charity that was launched after the Second World War to assist the faithful living under Communism.

Charles spoke touchingly of the “mounting despair” at the situation in the Nineveh Plains region of Iraq, where ISIS fighters had driven out Christians, Yazidis and unorthodox Muslims. He said it was “an indescribable tragedy that Christianity is now under such threat in the Middle East – an area where Christians have lived for 2,000 years”, and where people of different faiths had lived together peaceably for centuries.

Late last year he made three visits to eastern Christian congregations in London. In November he addressed the congregation at St Yeghiche Armenian church in South Kensington, where he spoke of his sorrow at the “soul-destroying tragedy” facing Christians in the Middle East. The Prince described the faith as being “quite literally, grotesquely and barbarously assaulted”.

In December he made two trips to congregations of Syriac speakers whose brethren are now facing genocide in Iraq and Syria. At the Chaldean Catholic church in Acton, he joined in the Lord’s Prayer in Aramaic, the language of Christ, and spoke at length with the faithful. At the nearby Syrian Orthodox church he said: “I have been deeply distressed by the horrific scenes of violence and bestial brutality coming out of the Middle East – where Christianity was born – including from countries, let us remember, like Syria, to which St Paul went to preach the Gospel and where Christians have lived peaceably with their neighbours for nearly 2,000 years.”

He also hoped that Westerners would not “forget our brothers and sisters whose faith is, quite literally, under fire; not to forget the unimaginable barbarity”.

“He’s very conversant with the issues,” John Pontifex says. “We’ve been very impressed by his knowledge. He has a great deal of understanding. He’s aware of the sensitive issues between the different communions. His understanding is far greater than the average person might expect.”

He adds: “In a world marked by religious illiteracy and which lacks confidence in talking about religion, here is a figure who does get it, and the role Christianity plays as a bridge-builder. He’s hastened the day when you can truly say we have woken up to the reality of the situation.”

Charles is a deeply religious man. When he ascends to the throne he will be arguably England’s most theologically literate monarch since the union. While his faith is not straight-down-the-line Anglicanism, it isn’t as esoteric or wacky as the press has long made out.

Born to be supreme governor of the Church of England, Charles was baptised in the Music Room at Buckingham Palace 30 days after his birth by the then Archbishop of Canterbury, Geoffrey Fisher. At university in Cambridge he corresponded with the Anglican Bishop of Southwark, Mervyn Stockwood, a leading liberal who spoke of “the Saviour’s oneness with nature” and encouraged clergy to wear jeans in public.

Later Charles was influenced by the mysticism of his great mentor, the South African writer Laurens van der Post, who encouraged the Prince “to see the old world of the spirit”.

The Prince’s formative years gave him awide-ranging interest in religions and what unites them. Cardinal Vincent Nichols has said that Prince Charles seems “thoroughly at home” in Westminster Cathedral and that “when he is abroad he happily goes to Mass, and is at peace with that”.

Charles is also fascinated by Judaism and, especially, Islam. He believes that “the future surely lies in rediscovering the universal truths that dwell at the heart of [Abrahamic] religions”.

What is less well known and understood is the extent to which the Prince feels a deep spiritual connection to Orthodox Christianity. It is this, more than anything else, that explains why he is leading a passionate campaign to save the eastern faithful.

Such is his closeness to the faith that many Greek Orthodox believers think he has secretly converted. If that were true, it would pose a huge constitutional dilemma.

But it is undoubtedly the case that Orthodoxy looms large in Charles’s life and family history. His great-aunts Alexandra and Elizabeth converted to Orthodoxy and are considered martyrs, murdered by the Bolsheviks along with so many of the Prince’s blood relations in Russia.

Charles’s grandmother was an Orthodox nun. Princess Alice, who endured a number of difficulties in her life, including deafness, schizophrenia and the Nazi occupation of her Greek homeland, is considered a Righteous Among the Nations for her role in saving Jews during the War. A woman of noted holiness, she founded an order of nuns in 1949 after her husband Andrew’s death.

When Alice’s youngest child, Philip, married Princess Elizabeth of England, he was required to join the Church of England. But he has maintained links with the Greek Church and there have often been rumours of his return. His mother was given a small Orthodox chapel that she used until her death in 1969, when her remains were buried at a Russian Orthodox convent in Jerusalem, as she had wished.

Prince Charles has always been drawn to Orthodox Christianity’s rugged spirituality. He likes icons and reading the Greek mystics. There are Byzantine images in The Sanctuary, the simple chapel in the grounds of his home at Highgrove House in Gloucestershire, where he goes to pray and meditate. At his marriage to Camilla, the Creed was recited in Old Church Slavonic.

Charles has also received regular visits at Highgrove from Ephraim, abbot of the ninth-century Vatopedi monastery on Mount Athos. The Prince flew to Athos a few days after the death of Diana, Princess of Wales, a period of intense crisis for him, his children and the whole royal family. Alone with Ephraim in the chamber there, Charles is rumoured to have made a “spiritual commitment” to Orthodoxy. After one of his visits to Mount Athos, a monk was quoted in a newspaper saying Charles was “Orthodox in his heart”.

None of this, however, has ever been officially confirmed and should probably be regarded sceptically. Charles’s attachment to Orthodoxy is probably above all an expression of his desire to bring the branches of Christianity closer together. Catherine Mayer, author of the recently published biography Charles: The Heart of a King, says: “He thinks that the schism was a shame. He thinks the branches of Christianity had more in common than they appreciated.”

Mayer suggests the Prince has been campaigning on behalf of persecuted Christians for much longer than most people realise. “It’s been gathering pace because it’s become more urgent,” she says.

But, she adds, the media aren’t really interested and find his comments on the environment, architecture and Islam much more appealing. “He sees Islam as part of the same tradition as Christianity and Judaism, and he cares about interfaith work as much as architecture and the environment. But it’s all part of the same world view about the need for faith. He thinks modernism is profane – it’s anti-sacred.”

For Charles, Middle Eastern Christians are a vital link between east and west, and their destruction would make any sort of deeper understanding impossible. As he told the Syrian Orthodox churchgoers: “At a time when so little is held sacred, it is quite literally diabolical that these symbolic bridges should be so destroyed.”

If any single figure can help to save Middle Eastern Christianity, it is surely the Prince. Christians in the Middle East have to rely on the support of local Muslims and, as Mayer says, “he is respected there so he has more clout when he says something”.

The situation has now reached a crisis point, almost a century after the great tragedy began. Charles’s father grew up in the wake of the First World War, a period when Bolsheviks and fascists were tearing down the old order of which he was a part. Philip came of age after the great genocide of Christians in the Ottoman Empire. The events of 1915 have scarred the psyche of Greeks, Armenians and Syriacs alike. Those terrible developments are this year reaching a new and horrendous climax.

So it is perhaps not surprising that Charles – this British prince with a Greek heart – should see it as his role to be defender of the Eastern faith.

This article first appeared in the latest edition of the Catholic Herald magazine (27/3/15).

Ed West is the deputy editor of the Catholic Herald.