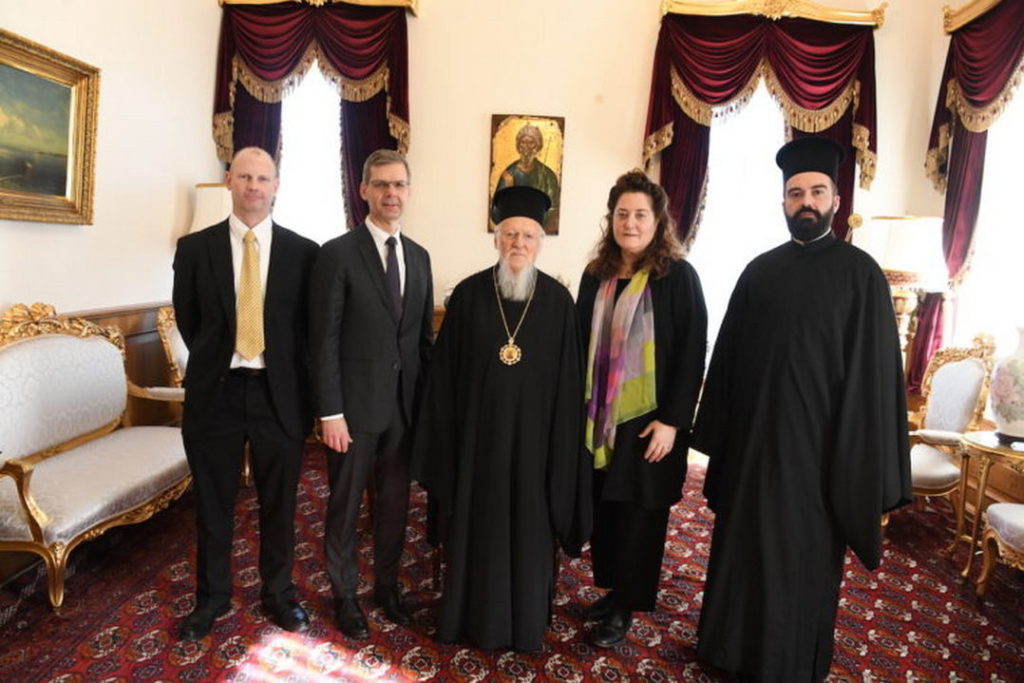 During their meeting, the Chief Curator, Dr. Jeff Kloha, and the Associate Curator of the Museum, Dr. Andy Niggemann, as well as the Professor at Tufts University, Elizabeth Prodromou, who is also member of Museum’s Consultative Board, informed the Ecumenical Patriarch about the activities and collaborations of the American institution, which receives about one million visitors a year. The Patriarchal Archivist, Archimandrite Agathangelos Siskos also attended the meeting, and has been designated by the Ecumenical Patriarch to be in charge of cooperation with the Bible Museum.

It should be noted that similar agreements with the Bible Museum have been signed by the Vatican Museums and the Israel Antiquities Authority.