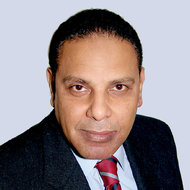 [November 10, 2013] Cairo — Mariam Ashraf was an eight-year-old Coptic girl. On Oct. 20, she went with her family to the Church of the Virgin, in Cairo, for a relative’s wedding. She was thrilled with her new hairstyle and the new white dress her mother had bought for the occasion. She stood on the street outside the church with other guests waiting for the bride and groom to arrive. Then a motorbike sped by. On it were two men who opened fire indiscriminately, killing Mariam and three others, and wounding scores of guests. According to an official medical report, eight bullets pierced her body; she died from gunshot wounds to the chest.

Although the Muslim Brotherhood issued a statement condemning the killing, it was just one in a string of attacks carried out on Coptic Christians by Egyptians associated with the Islamist organization.

According to officials in the Coptic Church, there have been attacks on 73 churches, in addition to scores of Coptic-owned homes and businesses, since the end of June. The Copts have been persecuted for joining the demonstrations that led to the removal of President Mohamed Morsi in early July. Supporters of Mr. Morsi were incensed that the Coptic pope, Tawadros II, supported the army’s plan for ending the Brotherhood’s rule.

It is not only the Copts who have suffered from political violence since the summer. Ongoing attacks by Morsi supporters against soldiers and police officers have caused hundreds of deaths. Egyptian television broadcast a report showing Islamists attacking a police station in the town of Kerdasa on Aug. 14 with rocket-propelled grenades, causing the deaths of 15 policemen. They stripped the bodies and paraded them on the street.

Mr. Morsi is now on trial for his role in 11 deaths in a clash between his supporters and opponents last December. This is fitting, because his 12-month presidency saw horrendous violations of human rights.

Mr. Morsi climbed the democratic ladder to power only to kick it away after him so that no one else could join him up there. In the process, he became a violent dictator. In June, the Egyptian Organization for Human Rights, an advocacy group, found that 3,462 people had been arbitrarily detained, and 143 protesters killed, since Mr. Morsi took power — compared with some 18,000 arrests for political reasons during the nearly 30-year rule of President Hosni Mubarak. In August, an Amnesty International report documented torture, including severe beatings and electric shocks, suffered by opponents of the Brotherhood.

Mr. Morsi entered office on a wave of hope and exited on a wave of despair. In June 2012, millions streamed onto the streets to celebrate his victory, but their elation soon turned into hopelessness and then rage as they discovered that he was a puppet controlled by the Brotherhood’s supreme leader. That November, Mr. Morsi issued a decree annulling the Constitution and granting himself sweeping powers over the legal system. It amounted to coup d’état.

As with Mr. Mubarak, the end of Mr. Morsi’s dictatorship began in the streets. In the spring, young activists instituted a campaign, called Tamarrod (Arabic for “rebellion”), that collected millions of signature for a no-confidence petition demanding Mr. Morsi’s ouster. It was Tamarrod that called on Egyptians to go onto the streets on June 30 to show their dissatisfaction.

With Egypt on the brink of a civil war, the army sided with the will of the Egyptian people, removed Mr. Morsi and announced a road map to amend the Constitution and carry out new parliamentary and presidential elections.

What is happening in Egypt goes beyond political disagreement: We are seeing an armed struggle between the state and terrorist groups who are trying to plunge the country into something like the Syrian paradigm of chaos. Hence most Egyptians have given their support to the army in its war against the terrorism of the Brotherhood. This leaves an unanswered question: Is Egypt getting any nearer to instituting a real democracy?

The Brotherhood’s removal from power has given rise to a confrontation between the forces of the revolution and those of the Mubarak regime. Supporters of Mr. Mubarak still wield some power in the government and are resisting reforms to the state apparatus that enabled them to amass fortunes.

Meanwhile, the millions of young people who created the revolution and have nurtured it since 2011 are demanding a new constitution that would ban the trial of civilians by military courts, and subject the presidency to oversight by independent authorities. They also want to impose a more progressive tax system and reduce income inequality.

This tension between the democrats and the old guard is evident in the case of the television host Bassem Youssef, Egypt’s answer to Jon Stewart, whose satirical news program had devoted whole episodes to the antics of Mr. Morsi. The program was pulled after he fell from power. It recently came back on air, with Mr. Youssef poking fun at the army chief, Gen. Abdul-Fattah al-Sisi. The episode divided public opinion between those who defended Mr. Youssef’s right to lampoon senior officials, and grass-roots supporters of General Sisi, who considered the satire beyond the pale. The channel that produces the series was obliged to apologize. It took the program off the air.

Similarly alarming is the one-year prison sentence imposed by a military court on a newspaper journalist, Hatem Abu el-Nour, who was convicted of the dubious charge of impersonating military personnel.

The battle for Egypt is being waged on two fronts: one against the terrorist operations carried out by Morsi supporters, and the other to bring into existence a true democratic state. Mr. Morsi’s democratically elected dictatorship did nothing to advance that true revolution.

Alaa Al Aswany is the author of “The Yacoubian Building” and other books. This article was translated by Russell Harris from the Arabic.