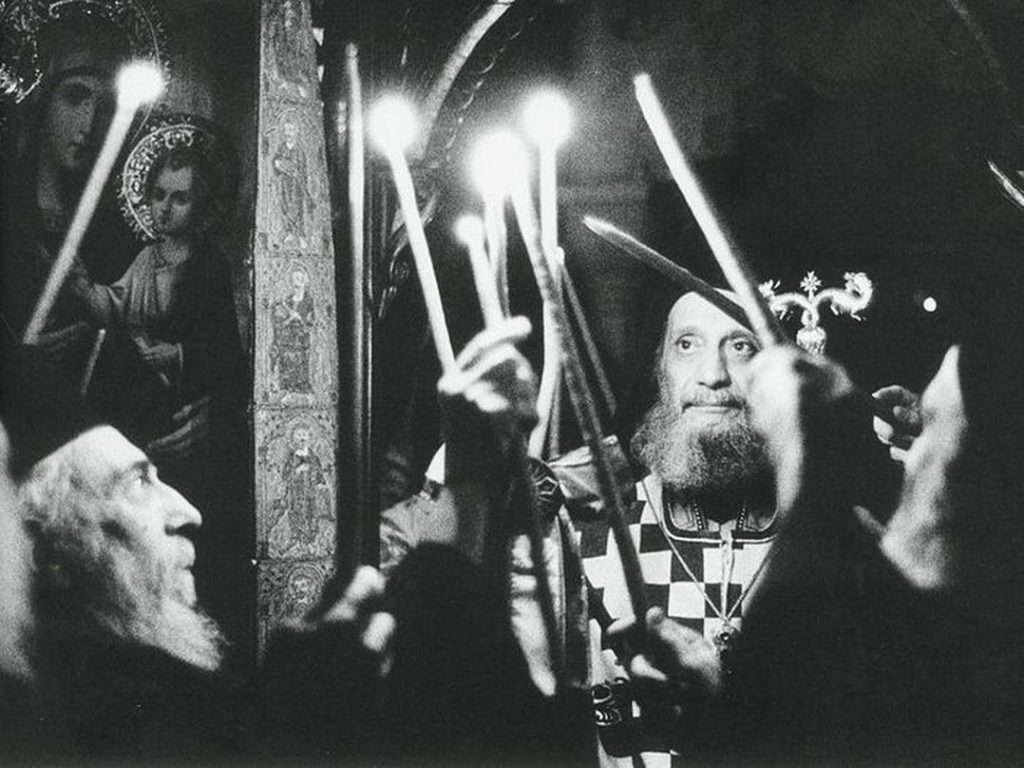 A revered Athonite elder, Archimandrite Aimiliianos (Vafides), who long served as the abbot of Simonopetra Monastery, one of the 20 ruling monasteries on Mt. Athos, reposed in the Lord today, May 9, reports Romfea.

The funeral will be held tomorrow at the Annunciation Monastery in Ormylia, Chalkidiki, where the nuns had cared for the sick and elderly Fr. Aimilianos for many years.

Elder Aimilianos was a monk of Meteora before moving with his brotherhood to Simonopetra on Mt. Athos in 1973. He was elected and enthroned as abbot of the monastery that same year, serving in that capacity until 2000, becoming one of the most beloved and revered elders on the Holy Mountain and in all of Orthodoxy in the 20th century.

May his memory be eternal!

Alexandros Vapheides was born in Piraeus, Greece, in October 1934. His higher-level education began with his studies at the University of Athens where he received, in 1959, a degree in theology. His intentions were to enter holy orders, become a priest, and then become a foreign missionary after consulting with his friend Anastasios Yannoulatos (now Archbishop of Albania), who supported his intention but thought he should prepare for this work by spending time at a monastery. Yannoulatos had him contact the Bishop of Trikala, who he thought would initiate the young Alexandros into a monastic life.

Entering the monastic life, Alexandros was tonsured a monk and given the name Aimilianos on December 9, 1960 and two days later, December 11, he was ordained a deacon. On August 15, 1961, Dn. Aimilianos was ordained a hieromonk. His bishop then had him spend time at several monasteries before placing him at the Monastery of St. Vissarion in the foothills of the Pindus Mountains. It was while at St. Vissarion Monastery that Fr. Aimilianos seemed to have had a kind of spiritual crisis and profound religious experience that transformed him radically and influenced his subsequent work, a transformation that made the young twenty-seven-year-old hieromonk into a charismatic elder.

Emerging from the experience, Fr. Aimilianos was a different man, like the dramatic conversion of St. Paul, he had become energized and single-mindedly dedicated to the revitalization of monastic life. He was soon appointed abbot of Meteora with the additional duties as diocesan preacher and confessor. As a preacher he soon took the Meteora region captive as his brilliant, mesmerizing speeches resonated especially with the young people who came in great numbers to hear him. Having heard Fr. Aimilianos, many were attracted to a monastic life under his guidance, so that soon he headed a large and dynamic community.

With his fame as well as the natural attraction of Meteora, many tourists came, adding to the pressures on the community. As life at Meteora became increasing difficult under the pressures of tourism, an opportunity arose when the governing body of Mt. Athos invited him and his community of monks and novices, in 1973, to repopulate the ancient Monastery of Simonopetra, the organization and structure of life of which was dramatically altered under the charismatic elder.

Elder Aimilianos also founded, in 1974, Panagia Philanthropini, a Center for Social Advancement and Medical Prevention and Research, (Our Lady, the Blessed Virgin Mary, Who Loves Humankind) that is located in northern Greece, near the town of Ormylia, Chalkidiki. The center functions as an adjunct to the Sacred Convent of the Annunciation of the Mother of God, a large monastic community with over 120 nuns from various nations—the majority of whom hold university degrees. The convent is a dependency of the Monastery of Simonopetra.

Elder Aimilianos retired as abbot in 2000.