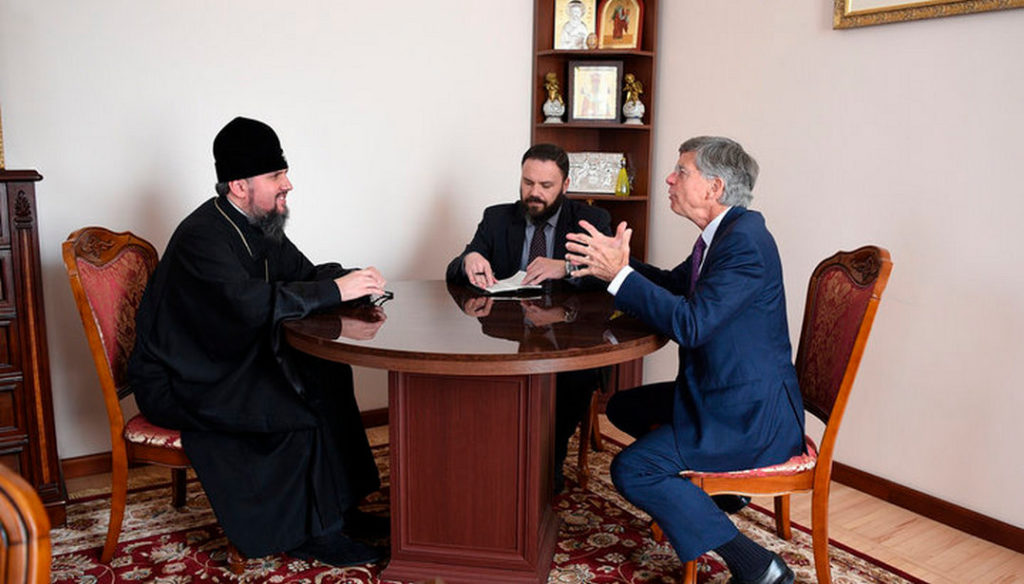 Epiphany Dumenko told US Chargé d’Affaires in Ukraine William Taylor how the process of formation and recognition of the OCU is going on.

On October 3, 2019, the head of the OCU Epiphany Dumenko met with US Chargé d’Affaires a.i. in Ukraine William Taylor, reports the official website of the newly formed religious structure reports.

In particular, according to the press service of the OCU, Dumenko “told Mr. Taylor about the latest events in the religious life in Ukraine”.

In addition, Dumenko informed the American Ambassador on how the “process of the formation of the OCU and its recognition” is going on and also spoke about the challenges of this process.

In turn, William Taylor congratulated the head of the OCU on receiving the ‘Athenagoras Human Rights Award” and wished him a successful visit to the United States to receive it at a gala reception in New York on October 19.

It is reported that the meeting was also attended by the spokesperson for the OCU Eustratiy Zoria and the US Embassy officials.

Earlier, the UOJ wrote that, according to the Greek journalist Giorgios Papatanasopoulos in Ukraine, the Phanar is collaborating with the West against Orthodoxy.