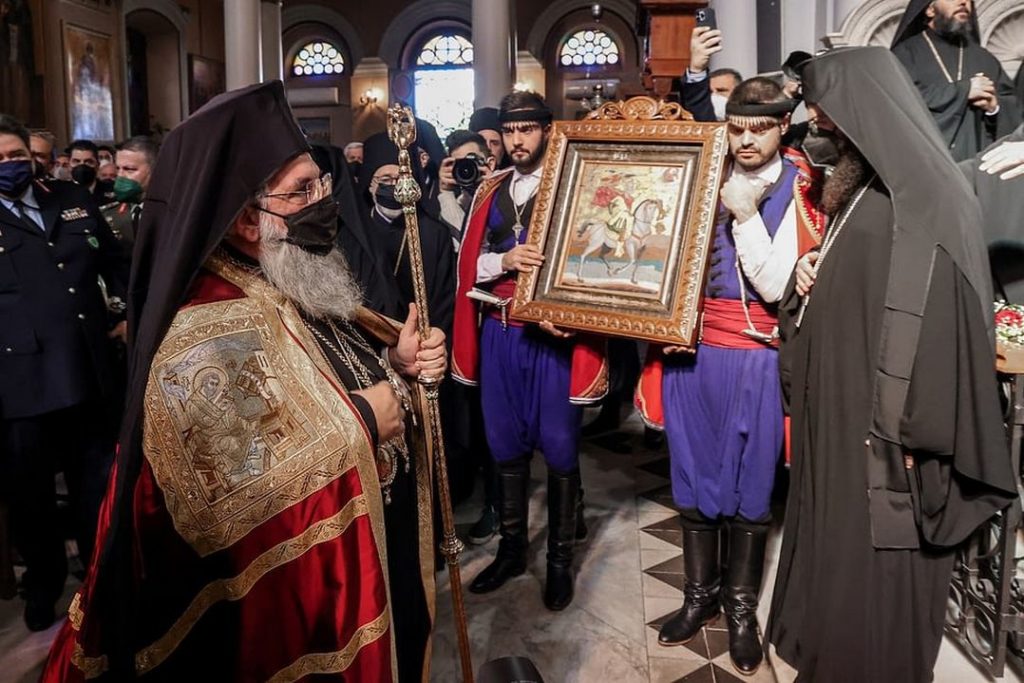 The Service of the enthronement of Archbishop Eugenios of Crete was held on Saturday February 5. (Photo by Eurokinisi/Stephanos Rapanis)

Present at the service  was Prime Minister of Greece Kyriakos Mitsotakis, who extended his best wishes to the new Archbishop. He said that he is confident that the Archbishop will be a worthy successor in the long history of Crete and that he will carry the spirit of renewal that the Church always needs, in order to meet the challenges of the changing times. Also present were the Minister of Education and Religion Niki Kerameous and other government officials. 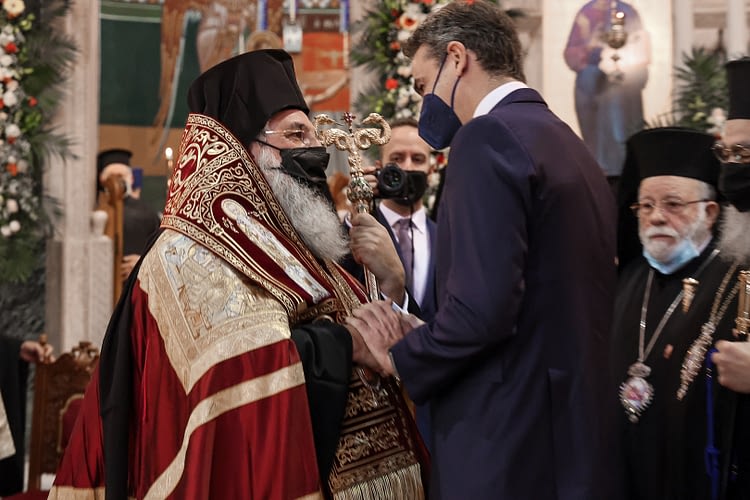 The new Archbishop of Crete was welcomed by the mayor of Heraklion Vassilis Lambrinos, who described the enthronement as a historic day for the island and the city of Heraklion.

The Archbishop said he was touched and stated, among other things, that “I come as the father of this great family with my arms open to all. We love, we forgive, we move forward.”

The new Archbishop of Crete offered an emotional enthronement speech, describing the path and progress in life that led to that day. He spoke with words of love for the faithful, expressing his desire is to serve the Church of Crete with love, unity, and brotherhood.

Specifically, he said, “so let us come together to minister this Patriarchal blessing and under this perspective, with a fervor of faith, with the love of God, with discretion and humility, taking and teaching lessons of spiritual freedom, in order to verify what our National poet, Kostis Palamas once wrote: ‘I am from Crete. From the island, which does not grow old, does not bend, and enslaved, let it be free, to give lessons of freedom.’” 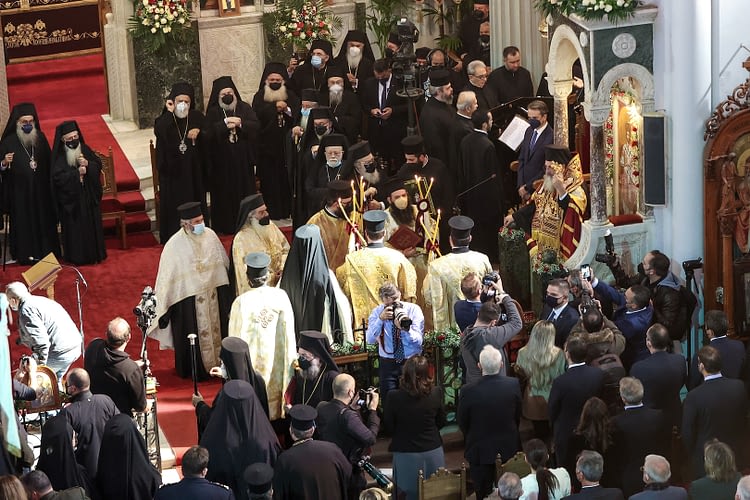 Metropolitan Arsenios of Austria officiated at enthronement of the new Archbishop of Crete representing His All-Holiness Ecumenical Patriarch Bartholomew. (Photo by Eurokinisi/Stephanos Rapanis)

He also said that “our Church is called to inspire people, which will lead them out of the current impasse. Remind them that they are images of God, children of the same Father, and brothers among themselves, with a single destination and purpose – salvation. To tell them that there is no sin that exceeds the size of God’s love, inside of Whose arms, we all have a place. To teach them that the last and tragic human error is only unrepentance. That the only misery that cannot be corrected, is to find yourself one day without being able to repent in front of the person who forgives.”

The new Archbishop also referred to COVID, saying, “unfortunately the pandemic made it possible to see how deeply rooted is the arrogance, the introversion, the confusion, and fanaticism in the social space. The biggest problem of the virus wrongly presented – there are, and unfortunately exist spiritually and socially, individuals that threaten our health, even threaten our Christian identity, since it is impossible for a Christian to be a fundamentalist and a fanatic.”

Share. Twitter Facebook Pinterest LinkedIn Tumblr Email
Previous ArticleSCHISM AS A STANCE OF NONEXISTENCE: THE MOSCOW PATRIARCHATE AND NEW LINES IN ORTHODOXY
Next Article A Synod of the Ancient Patriarchates is Planned to Decide on Russian Exarchates