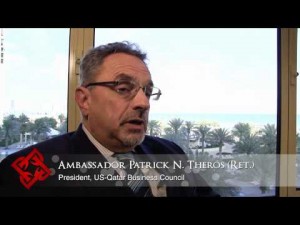 The Greek Orthodox populations of the Middle East have survived where others have virtually disappeared. Leading up to the Islamic conquest in the 7th century, the Orthodox represented perhaps ten percent of the total population of the then Eastern Roman (now known as the Byzantine) Empire’s provinces of Syria and about two percent in Egypt. The rest were heterodox (i.e., heretical) Christians, including Assyrians, Nestorians, Arians and Copts among others who fought the Empire and whom we persecuted in return.

The Orthodox Christians recovered from the Persian invasion of 602-622 that destroyed every Church in the Holy Land except for the church of the Nativity in Bethlehem. The Persians spared it when they saw its icons depicted Persian Magi. Beginning in 632, the Muslim Arab armies overran Syria, Mesopotamia, and Egypt with the full support of the heterodox Christians who saw the Muslims as allies against the Orthodox. In fact, Alexandria resisted the Muslim armies until its Coptic population rose in revolt, slaughtered the Byzantine garrison and opened the gates to the conquerors. Yet again, the Orthodox survived.

The Muslims saw the heterodox as traitors not to be trusted while the Orthodox had stayed loyal to their King and resisted. In fact, the Muslims conferred special privileges out of respect for the Orthodox. In 637, Omar Ibn al-Khattab, the second Caliph (successor to Mohammad) signed a Treaty with the Orthodox Patriarch of Jerusalem Sofronios recognizing him as the Christian leader in the Muslim world.

Since then a virtually unbroken succession of Muslim rulers reissued the Treaty to all subsequent Patriarchs, making it clear that they regard the Orthodox as the legitimate Christians of the Muslim polity. The Orthodox survived the Crusader massacre of Orthodox Christians, Jews, and Muslims when they captured Jerusalem in 1099. By the end of the 19th century, the Orthodox in Syria remained at ten percent while the heterodox had declined to tiny numbers in Syria and less than 15% in Egypt.

The next assault against Orthodox Christianity in the Middle East came from the West. First the Crusaders, who drove the Orthodox Patriarch from Jerusalem and then ransacked Constantinople in 1204, essentially destroyed the Byzantine Greek Empire. In the 1700s, Catholic France brought immense military and diplomatic pressure to bear on the Ottoman Turks to disestablish the Orthodox Church and cede control of the Holy Places to the Catholic Church. This effort was stopped by Czarist Russia. Since then, Catholic and Protestant missionaries in the Middle East have conducted an intense campaign to convert Orthodox Christians not Muslims. (By their own history, American protestant missionaries have documented exactly one Muslim convert to Christianity.) And still we survived.

The 20th century brought several new threats such as the establishment of the State of Israel has driven far more Christians than Muslims out of Jerusalem (as a percentage of population), for example.

However, nothing prepared us for the onslaught of Salafist or jihadist Islamist organizations such as al-Qaeda and its branches such as Nusrat al-Jabha in Syria. The Salafists represent an extremist brand of Islam, playing on the fears and resentments of local populations. They attack all Christians as a surrogate for the western powers that they blame for all the ills of the region. Unlike previous Islamic movements, however, they refuse to differentiate between the indigenous Orthodox and the various sects under western patronage.

In Syria they have massacred Orthodox villages and killed clergymen including two Bishops, one Orthodox and one Greek Catholic. The Salafists are a specifically Sunni brand of evangelical Islam that lumps Christians, Shia Muslims and pagans in one category of “kaffirs,” or pagan enemies. It should not escape our notice that Hezbollah has sent troops to fight the Salafists in Syria and recently joined Syrian Army units to liberate Christian villages.

In the past, the high regard in which all Arabs held Greece helped give Orthodox Christians a special status. All Greek churches and monasteries in the Israeli occupied area under the Patriarchate of Jerusalem fly Greek flags in the knowledge that this will block the Israelis from confiscating the properties. Greece’s role in evacuating Palestinians from Lebanon in 1982 and in rescuing thousands of Lebanese from Beirut in 2006 still arouses sympathy. But Greece’s financial meltdown has impaired its ability to support the Orthodox Churches in the region.

Some observers also fear that the growing alliance with Israel may also endanger the status of Orthodox Christians.

What a tragedy it would be if the birthplace of Christianity found itself bereft of Orthodox Christians.

The Hon. Ambassador Theros is president of the U.S.-Qatar Business Council. He served in the U.S. Foreign Service for 36 years, mostly in the Middle East, and was American Ambassador to Qatar from 1995 to 1998. He also directed the State Department’s Counter-Terrorism Office, and holds numerous U.S. Government decorations.

Share. Twitter Facebook Pinterest LinkedIn Tumblr Email
Previous ArticleWill the Assembly of Bishops Lay a Foundation for Unity? Why is our Geographic Church in America Subject to Patriarchates Abroad Whose Actions Appear to be Obstructing Unity?
Next Article Syria’s Christian Community Cries Out for Help