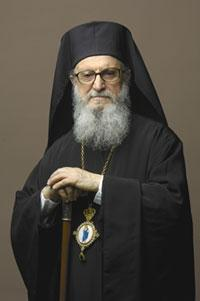 Archbishop Demetrios will deliver benediction on the third night of the Republican National Convention Wednesday, August 29.

The archbishop of the Greek Orthodox Archdiocese of America will anchor a night of speeches and other events that includes an address by GOP vice presidential nominee Rep. Paul Ryan along with 2008 standard bearer Sen. John McCain.

Republican National Committee Chairman Reince Priebus said in a statement that “we will devote Wednesday night to showing the country that Mitt Romney’s ‘Plan for a Stronger Middle Class’ will restore our country as the best place in the world to find a job, start a business, or hire a worker.”