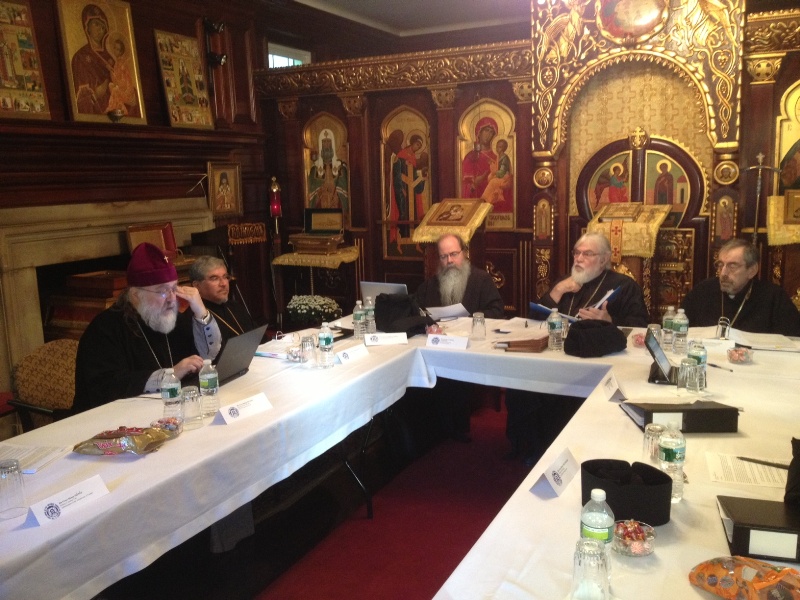 Fall 2012 Session of the OCA Holy Synod of Bishops

The Holy Synod of Bishops met in plenary and closed sessions at the Chancery of the Orthodox Church in America here October 9-11, 2012.

According to Archpriest Eric G. Tosi, OCA Secretary, the following decisions were made by the members of the Holy Synod during their gathering, which was chaired by His Eminence, Archbishop Nathaniel of Detroit and the Romanian Episcopate, Locum Tenens of the Metropolitan See.

In addition to regular and closed plenary sessions, a three-hour discussion with members of the Holy Synod and the Church’s officers on their current needs and work was facilitated by Protodeacon Peter Danilchick. The discussion built upon a similar discussion that took place at the recent meeting of the Metropolitan Council. There was some consideration of future needs and requirements for the office of the Metropolitan and his functioning in the Church.