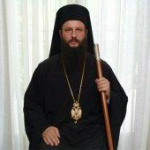 Source: The Holy Synod of Bishops of the Serbian Orthodox Church

After years of persecution, harassment, arrests and imprisonments, His Beatitude the Archbishop of Ohrid and Metropolitan of Skopje kyr Dr. John, pan-Orthodoxly renowned and recognized canonical Prelate of the ancient Ohrid Archbishopric, was sentenced yesterday, May 11th, to two and a half years in prison under false charges of alleged fraud and embezzlement, the result of a politically motivated and staged pseudotrial of a Stalinist-type, organized upon the blatant request of the schismatic organization calling itself “The Macedonian Orthodox Church”. He was sentenced solely because of His unwavering commitment to the unity of the Church of God; because of his communion with the Serbian Patriarchate and thereby with universal Orthodoxy worldwide; and because of his persistent and confessional fight against the schismatic mentality and anti-Ecclesiastical ethnophiletism. This is a unique case in contemporary Europe – if not in the whole civilized world – of the authorities, by order, to commit an act of cruel violence and an atrocity upon the Orthodox Church and Her lawful senior representatives, most violently breaking both their own laws and international norms and conventions. Fortunately, several diplomats, representatives of the Orthodox Church, as well as representatives from organizations and institutions dedicated to the protection of human rights and religious freedom, attended the “trial”, and thus an accurate report and a clear picture of this sad and ugly scene staged in the Veles courtroom can be made to the relevant factors and the public.

The Holy Synod of the Serbian Orthodox Church, under whose canonical jurisdiction the autonomous Ohrid Archbishopric is, condemns with the deepest moral indignation this incomparable violence and persecution conducted under the guise of legal order, and is always with the brothers and sisters from the Ohrid Archbishopric, in prayer and evangelic love, and especially with their Shepherd, who gladly accepts and endures suffering for our forefathers’ faith as well as for the unity of Christ’s holy Orthodox Church. The Holy Synod of the Serbian Orthodox Church finally calls:

to provide spiritual, moral, legal and any other possible support to the prisoner of conscience, the Archbishop John, and to contribute to his release from prison as soon as possible.