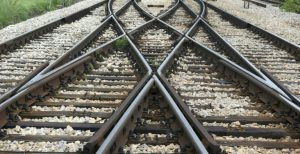 It has always been the case that forces beyond the control of the Church have prompted changes in the practice of theological education. For example, Ottoman repression led many Greek Christians to seek education abroad. Tsar Peter I imposed Western-styled seminaries upon the Russian Church. And the Bolshevik Revolution crippled religious education throughout Russia and much of Eastern Europe.

While not as dire as those examples, Orthodox seminaries in the United States face significant structural challenges. At one and the same time, the real cost of operating a seminary is steeply rising while active participation in the Church is diminishing.  What is more, the very nature of seminary education is undergoing a profound change that requires genuine transformation.

When they were founded, St. Vladimir’s Theological Seminary and Holy Cross Greek Orthodox School of Theology functioned as cultural and theological oases, preparing priests for Russian and Greek immigrant communities. Over the past ten years, however, because fewer and fewer young men raised in Church pursue the priesthood, the majority of divinity graduates have been adult converts to Orthodoxy. What is more, both seminaries attract a large number of students who have no intention of pursuing ordination—instead, they seek positions as chaplains, lay ministers, or academics. And, whether cradle or convert, male or female, the cultural horizon of these students is no longer Russian or Greek. It is distinctively American.  The questions, debates, and sub-groups among students and faculty largely mirror those of twenty-first-century America.

Rather than view the changing landscape as a threat, I see it as offering the impetus to combine the resources of these venerable schools into a single institution that can more effectively navigate the pastoral challenges of the next century.

Indeed, historical experience suggests that unanticipated disruptions to theological education often lead to unanticipated improvements. Ottoman-era Orthodox students in Italy and France used Western print-shops to salvage and disseminate their theological tradition. The introduction of seminary education into Russia is, no doubt, the best thing that happened to the Church during Peter’s reign. And one of the great blessings to come out of the disaster of the Soviet Union was the formation by Russian exiles of the St. Sergius Orthodox Theological Institute in Paris, which became the global center of Orthodox theological education for much of the twentieth century.

When considering a possible merger, let’s start with the most pragmatic of opportunities—the economic. Although not quite financial peers, St. Vladimir’s and Holy Cross have a combined property value of at least $100m and possess another $35-40m in endowment resources. By consolidating expenses and unlocking the real estate assets, a combined institution could offer free education to seminarians and endow every necessary professorship—forever erasing the need for fundraising.

Moreover, an integrated institution would lead to an integrated curriculum, which would provide a richer exposure to the Slavic and Russian theological traditions than students at Holy Cross currently receive.  Not only does this make sound pedagogical sense, it would help to dispel the idea that contemporary Orthodoxy suffers from an internal bifurcation between its Hellenistic and Slavic traditions and their respective hierarchies.

Combing the faculties and traditions of these institutions would also help to insulate the school and its students from cultural and political bubbles that have historically existed within American seminaries.  It is a truism that ideological battles and theological partisanship will always exist within the Church and its seminaries. But a healthy dose of intellectual and ethnic diversity would not only disrupt current stalemates at each school but better prepare future priests to face wide-ranging contemporary challenges to the Church that have no easy solution.

An integrated St. Vladimir’s/Holy Cross would demonstrate to Orthodox and non-Orthodox communities alike that Orthodox Christianity is one, that its mission is outward rather than inward, and that its leaders seek the promotion of the faith rather than the preservation of the status quo.

A merger of St. Vladimir’s and Holy Cross would also trigger a slow but certain tsunami of further pan-Orthodox integration across the United States beyond just the GOA and OCA. This would likely have the most immediate effects on youth and young adult programs. But it would also facilitate better social services, evangelism, and digital ministry. The combination of St. Vladimir’s and Holy Cross could also serve as a model for pan-Orthodox education outside of the United States, which could itself provide an important catalyst for global unity.

To be sure, a merger of St. Vladimir’s and Holy Cross will not be easy—it will require equal doses of courage and humility by the administrations and hierarchs involved. And, of course, the very idea of a merger between St. Vladimir’s and Holy Crosses raises any number of additional questions, not the least of which concern governance. But it is high time that we begin to think about what the Church will look like and what its needs will be thirty or fifty years from now, rather than administering it disjointedly from one crisis to the next.

At a theological conference in Volos, Greece some years ago, Metropolitan John Zizioulas opined that the future of Orthodox theological education lies in the West. If he is correct, then perhaps it is time for St. Vladimir’s and Holy Cross to seize the moment and lead the way.