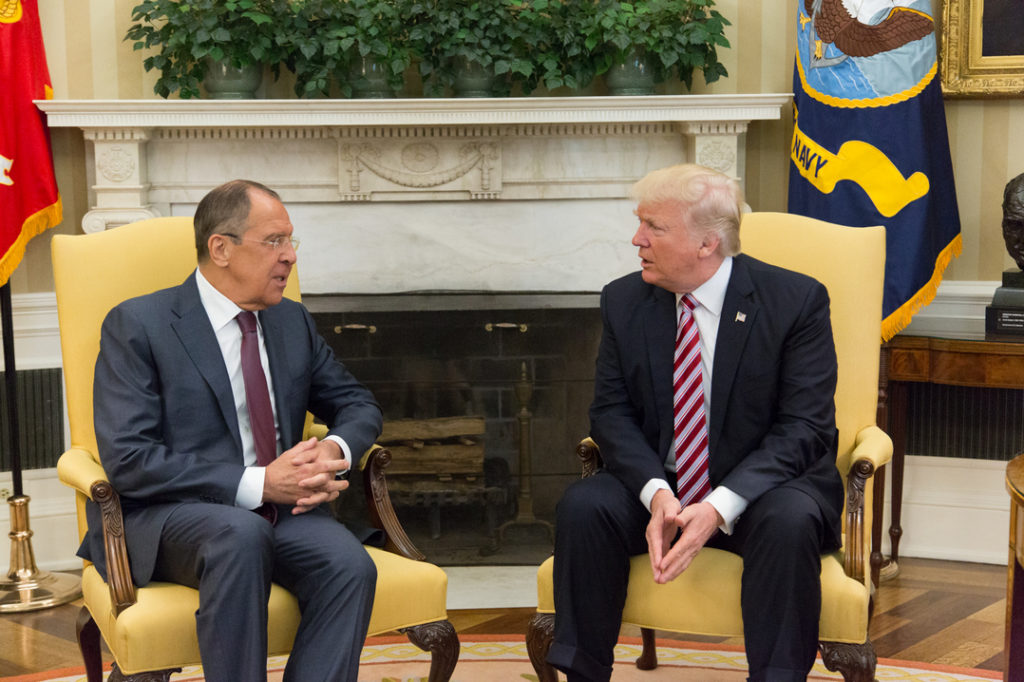 Moscow, November 6, Interfax – The United States had a hand in the granting of autocephaly to the new church of Ukraine and is seeking to split the Orthodox world even more, Russian Foreign Minister Sergey Lavrov said.

“As for the conditions under whose influence this letter was forwarded and the discussion on the matter was started within the Church of Greece, it’s true that influence from the outside was obvious there,” he said.

“The abovementioned letter by Ieronymos was preceded by [U.S. Secretary of State Mike] Mr. Pompeo’s visit to Athens, and he didn’t even deny that this issue was among those he dealt with there,” Lavrov said.

“As far as I understand it, it’s for that very purpose that American diplomats travelled to Holy Mount Athos, as well. And Yepifaniy, the head of the schismatic church, the so-called Orthodox Church of Ukraine, has said publicly that the establishment of this organization would have been impossible without the direct support of the U.S.,” Lavrov said.

“Obviously, the U.S. doesn’t want to stop at what has already been done and is trying to advance the schism in the Orthodox world as a whole,” he said.

“This work is being done virtually with all Orthodox Churches, and this is deplorable,” he said.

“And the U.S. ambassador for international religious freedom, contrary to his title, which actually explains everything he should do, has publicly urged everyone to recognize the schismatics,” Lavrov said.

Lavrov said he addressed the subject at the talks with his Greek counterpart. “We reaffirmed that Greece and Russia adhere to the principle of non-interference of states and the state’s non-interference in ecclesiastical affairs. As for the influence that this situation in the religious world has had on inter-state relations between Moscow and Athens, we have no desire to artificially create problems and obstacles to the development of our cooperation in all areas on a mutually beneficial basis,” he said.

The Council of Hierarchs of the Church of Greece recognized the Ecumenical Patriarchate of Constantinople’s right to grant autocephaly, in particular to the so-called Orthodox Church of Ukraine (OCU), which had been set up based on two non-canonical religious organizations in December 2018 with the support of Constantinople and the-then Ukrainian leadership.

On October 29, Archbishop Ieronymos II of Athens and All Greece forwarded a peace missive to the head of the OCU, thus de facto declaring its recognition.

Patriarch Kirill of Moscow and All Russia said the Church of Greece’s decision to recognize the OCU was fraught with threatening consequences. The Russian Orthodox Church is strongly opposed to the recognition of the new Ukrainian religious organization and has severed relations with Constantinople for granting it autocephaly.